Some time ago, I heard an eminent editor admit that in his publishing house, people refer without irony to “boy books” and “girl books.”

Since I became active in the mystery community, I have heard many discussions of the fact or belief that, by and large, men will not read books, or at least novels, by women. That’s why many female writers even now conceal their gender behind initials (although. like the initials in phone book listings, the use of initials in authorship has become a signal that the person thus identified is probably a woman).

Men may object to this generalization, which oversimplifies as generalizations always do. It might be illuminating to ask what books by women they read. Are they “boy books” written by women? 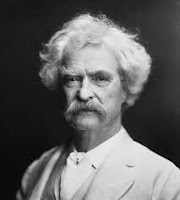 Are they crossover books? Noir is very fashionable these days, and women as well as men are writing noir. Megan Abbott comes to mind—a woman who had already written a scholarly examination of the tough guy in American fiction before her first novel was published. Or how about women whose prose style is “tough” and would have been called “masculine” before the women’s movement? I think of SJ Rozan, a writer I admire greatly and a former architect, of whom and even to whom I’ve said that her prose is built like a brick s***house. Not a wasted word, not a dangling clause, not an adverb. It doesn’t hang together—it grips.

A hundred years ago, when I was a college English major, there were two kinds of writer, or rather, two prose styles: Hemingway and Henry James. Hemingway’s the guy who put the kibosh on polysyllabic words of Latin derivation and made action verbs king of the sentence. Back then, it was possible to say, “I don’t warm up to that Hemingway style. I don’t know that I want to write that way.” I know, because I said it, and no one lynched me. Today, that choice has become an absolute. The highly respected Stephen King, a Grand Master of Mystery Writers of America, boils down the how-to of writing to this: “Read, read, read. Write, write, write. And lose the adverbs.”

Actually, adverbs aren’t lost. They have migrated to the other side of the aisle, where the girl books sit. A prolific and talented short story writer (not one of SleuthSayers’s bloggers) once told me that Woman’s World likes adverbial writing. Woman’s World, as we know, is a tough market to crack and pays well. My informant, who’s also published in EQMM and other presigious markets, said that when he writes for WW, he makes sure he puts those adverbs in.

Am I saying women don’t write nice tight sentences with action verbs? No, of course not. I can delete an adverb with the best of them. I think it’s subject matter, focus, and sensibility, to use an old-fashioned word, rather than prose style that separates the boy books from the girl books.

Relational psychology offers a convincing approach to human psychological development that explains how and why men mature through separation and women through connection.

Am I exaggerating? Oversimplifying? Of course. But like the eminent editor, I’m making the point that there are boy books and girl books. Let’s tackle the distinction from another angle. Let’s look at the Great American Novel. Suppose we lived in a less patriarchal society. 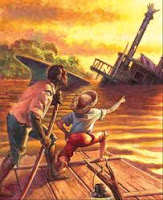 How many men have read this wonderful book? Its author created characters so real that it’s still in print almost 140 years after publication, still read for pleasure—and with pleasure—by millions of readers, and still capable of moving readers to tears on an umpteenth rereading, as well as inspiring some of us to become writers like its protagonist. My husband has. I’m proud to say he’s read almost all of Louisa May Alcott, motivated by an interest in the vivid and accessible picture of life in 19th century New England in the context of Transcendentalism, whose theorists included Emerson, Thoreau, and Bronson Alcott, Louisa’s father. He (my husband, not Bronson Alcott) also wanted to know what was in those battered books that I was crying over every time I read them. I’d like to hear from any other man who has. And if so, did you come to it on your own, or did a woman (or girl) make you read it?
Posted by Elizabeth Zelvin at 00:01