by Fran Rizer
Last year both of my hands went numb. They'd been tingly and uncomfortable before, but not like this. When they weren't numb, the pain was agonizing, excruciating enough to wake me from a sound sleep.  Being type 1 diabetic, I attributed the problem to neuropathy, but my endocrinologist insisted I have testing.  For those of you who've never needed these tests, the technician sticks needles in varying points on the patient's arms and hands, then presses buttons that send jolts of electricity from one needle to another.  The time between the shock above the hand and its arrival at points in the hand can be interpreted by the physician to show degrees of neuropathy and carpal tunnel syndrome.  My tests showed mild neuropathy and extreme carpal tunnel syndrome in both hands.  Carpal tunnel syndrome is compression of the median nerve at the wrist. 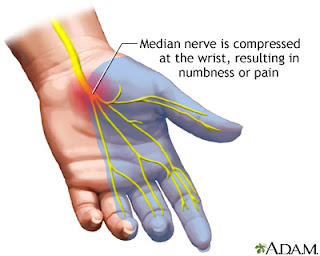 My first surgery was scheduled for December, but I postponed it because I was spending all my time with Mom then.  The right hand was "fixed" in May, and since then, what writing I've done has been left-handed hunting and pecking.  I'm still having therapy on the right hand but plan to have surgery on the left in August. 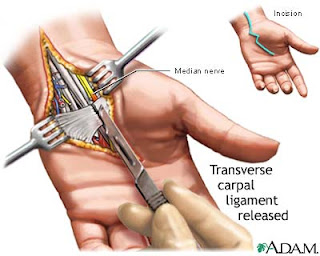 If you're reading this, you have access to computers and can look up Carpal Tunnel Syndrome (CTS) for yourself, so I won't go into many medical details, but there are a few facts I've learned that I believe writers should know.  First, there are treatments that help before surgery becomes necessary. (I ignored symptoms until they were severe.)

Second, if surgery is necessary, its success is somewhat limited by the degree of infirmity in the hands.  Third, the surgery isn't always successful and is not so minor as I thought.  Frequently, six months to ten months pass before recuperation is considered complete and the surgeon knows how much success there has been. 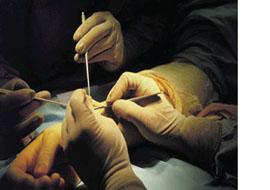 When a gal reaches my age, a scar or so is not going to be as upsetting as to ladies who receive scars that interfere with their bikinis.  In CTS, the scars will be either on the wrist or the palm of the hand.  I'm pleased that my surgeon makes the incision at the bottom of the palm instead of on the wrist. I think it's less noticeable and won't ever be mistaken for a suicide attempt.  Besides, when the brace  comes off, these will be scars that can be shown off without having to remove any clothing.  The doctor did tell me that though the incision was less than an inch and a half, he lifts the skin and actually operates about four or five inches in length. 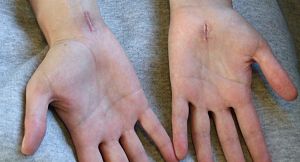 If you're still with me, you're probably wondering why I chose to talk about this. After all, SleuthSayers isn't a medical blog.  CTS is not about writing, is it?  Actually, it is.  Mine is probably the result of excessive writing, both on and off the keyboard.  My point today is that I didn't know until my surgery that it could have been more easily corrected earlier.  If you're having early signs of Carpal Tunnel Syndrome (tingling, pain, numbness and/or difficulty in moving fingers), it's advisable to have a doctor check it sooner instead of later.

Note: Two weeks ago, I promised this week would be more about pseudonyms,but I've been too busy to finish the research, so that will come later.
Posted by Fran Rizer at 00:01