Young at Heart (and Death)

Mirror, Mirror starring Julia Roberts began showing nationwide three days ago. Needless to say, I haven't seen it as I spend almost all my time at the hospital. I'm not a big Julia Roberts fan, but I'll eventually view the movie because the works of Jacob and Wilhelm Grimm and Hans Christian Anderson in the 1800's are among my long-time loves.

The trailer doesn't indicate whether Mirror, Mirror may be more accurate to the original Brothers Grimm story than Walt Disney's bright animated version with the unforgettable little people singing, "Hi ho, hi ho, it's off to work we go."

In the Grimms' version, Snow White is exiled by her evil stepmother, the Queen, who orders a hunter to kill Snow White and bring her heart back as proof she is dead. The hunter gives the Queen a bear's heart instead. The Queen eats the heart, thinking it's Snow White's, but in the end, she's forced to dance in red-hot iron shoes until she dies. 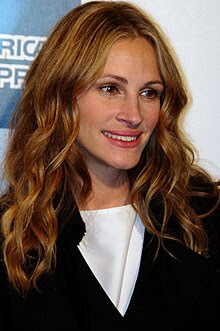 Snow White isn't the only Grimms story that is more grim than the cartoon/Disney variations. Cinderella's original step sisters cut off parts of their big feet trying to trick the prince and make their clodhoppers fit into the golden (yep, not glass) slippers. The Brothers Grimm had two endings to the Cinderella tale. In the first, the step sisters are gruesomely murdered at Cinderella's wedding. In a later version, the sisters live but are blinded by charmed pigeons who peck out their eyes.

"Rumplestiltskin" is doomed in the original Grimms version by stomping his feet in a temper tantrum so violent that he buries himself up to his waist. When he tries to get away, he tears himself in half. Talk about a need for anger management!

As a child I read the works of Hans Christian Anderson, and they were far from "happily ever after" stories. Disney's adaptation of The Little Mermaid ends fine, but in Anderson's 1837 story, the little mermaid is forced to watch her beloved prince marry another. Then the sea gives her a choice of killing the prince or dying herself. She throws herself into the sea and will perhaps be able to earn her soul back by doing good deeds for three hundred years.

The Anderson stories I loved best were "The Little Match Girl" and "The Red Shoes." Both deal with orphans, evil, and punishment. I must have read "The Red Shoes" a hundred times as a child even though at the end the girl who chose red shoes over doing what her mother said is doomed to dance forever in the red shoes. She winds up dancing at her mother's funeral and the only way to end the dancing is to cut off her feet, which she does. Looking at that story from a senior citizen point of view, it seems a tragic piece to have held so much fascination for me as a young girl. Until this moment, I've never connected the trademark red stilletto heels of my thirties and forties to Hans Christian Anderson.

Not only did the fairy tales of the 1800's demonstrate far more evil than recent versions, modern authors of much famous children's literature were far from childlike innocence in their other works. Louisa May Alcott's early writings were published under pseudonyms. Her purple prose included "Pauline's Passion and Punishment" and "Betrayed by a Buckle" before she became famous for Little Women and Little Men.

Almost every third through fifth grade classroom has copies of Shel Silverstein's poetry collections including Where the Sidewalk Ends and A Light in the Attic, as well as the wonderful children's story The Giving Tree. Great kids' books, but country music fans know Silverstein also for winning a Grammy for "A Boy Named Sue," recorded by Johnny Cash. He also wrote "Buy One, Get One Free," a short play in which two hookers pitch their wares completely in rhyme. Dr. Hook and the Medicine Men recorded Silverstein's song about STD's -- "Don't Give a Dose to the One You Love the Most."

I'm compelled to mention one more children's writer, a favorite of mine. You know him as the writer of Charlie and the Chocolate Factory (aka Willie Wonka), but my favorite of his kids' novels is The BFG, which I have read aloud to hundreds, perhaps thousands of children. Roald Dahl's earliest writing appeared in Playboy Magazine and included a story called "Switch Bitch."

Perhaps by now, kind readers, you are wondering how on Earth I'm going to relate this blog about children's literature to the primary topic of SleuthSayers– mystery and sometimes murder. One of my favorite Dahl stories is "Lamb to the Slaughter." This is the tale of a woman who… well, view the classic video.

If (and indeed it's a big IF) there's a message to this blog, it is that even if we choose to specialize in mystery, it's perfectly okay to venture into other genres, but if we happen to write something that will survive over two centuries, it may be rewritten by someone else along the way.