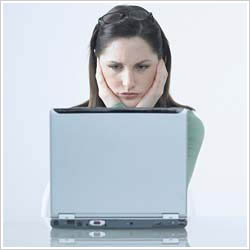 A Failure to Communicate

There have been more articles written about writer's block than anyone would ever want to read, but the fact is, sometimes you do find yourself without the words or ideas you need. It lasts longer for some folks than for others, but I've known a few writers who say they weren't able to produce what they call meaningful work for a year or more. I sympathize. That would not only be tough, it would probably be enough to make you wonder if you might be more suited to some activity other than writing. Carpentry, maybe, or gardening or photography.

I can honestly say it hasn't often happened to me, in the eighteen years that I've been writing for publication. Some times are better than others, sure, but so far I've seldom found myself in a position where I didn't have workable ideas for stories, or the ability to sit down and turn those ideas into manuscripts. What I have had are periods when I wondered if I would ever again sell a story. I guess that happens to most writers, now and then.

The Little Train That Could

There is, of course, a fairly reliable treatment for both conditions. First, if you're not able to write anything that you think is good . . . write something bad. Write anything, as long as it involves putting words on paper or screen. I've heard people say that's the only cure for a blocked imagination. If you do enough directionless, pointless writing, I'm told that you'll eventually start writing something that is good, or at least you'll be able to go back through the crap that you just wrote and change it up and make it good. (Or you'll quit completely, I guess, and never write again, and if that happens, you probably shouldn't have been doing the whole I-want-to-be-a-writer thing in the first place.)

As for the second problem--not enough sales--I think the answer is to just keep submitting material. Over and over and over. If it's stories, send in the manuscripts; if it's novels, send in the queries. Reject the rejections. The summer between my sophomore year and junior year in college I sold dictionaries door-to-door in Michigan, and our student bosses--"crew leaders," they were called--offered us a profound piece of wisdom: Don't ever try to sell something to someone with a pit bull in his yard. Just kidding. The piece of wisdom was: The person who gets the most no's also gets the most yeses. The salesman who knocks on the most doors makes the most sales. That's almost always true, and sometimes it applies to life (and fiction submissions) as well as to dictionary peddlers.

For those of you who have also experienced these ailments (derailments?) firsthand, what do you do to get the word train (or the marketing train) back on track? Are there better ways than the ones I mentioned? I'd enjoy hearing your take on this. 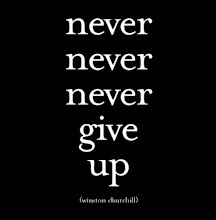 This has been a good year for me so far, in terms of story writing and story sales. I hope that run of luck continues. But I also realize it might not, and in that case I can only hope I'll keep the confidence that's required to keep writing and keep submitting manuscripts.

I recall yet another saying, one that I think I might have mentioned in a past column at the Criminal Brief blog, but I like it so much I'll mention it again:

There's a lot of attrition among writers--so don't attrit.
Posted by John Floyd at 00:01