by John Floyd
by John M. Floyd
Every year at Christmas our family--my wife and I, our daughter, our sons, and all their spouses and children--get together for a week or so, at our house. The headcount is up to thirteen now, and shows signs of growing even more in coming years. It's a lot of fun, and since the five grandchildren are all under the age of seven, it can be a little chaotic as well. Sort of a mix between a Waltons Christmas special and the studio food-fight scene in Blazing Saddles.

What's different about this year is that some of our clan arrived here later than usual--the day before Christmas Eve--and are staying until after New Year's Day, instead of coming a week earlier and leaving just after Christmas. Therefore, instead of my usual practice of avoiding booksignings the week before Christmas because the family's here, this time I told my publisher I'd be available, and wound up signing at several Booklands and Books-A-Millions over the past few days.
Gift rapping

I had a good time at each store, met some interesting folks, and was pleased to see firsthand that a lot of shoppers still choose to give books as Christmas presents. I'm sure some of them were last-minute gifts--I still remember the way I used to frantically grab presents for the kids at the airport after a business trip--but the fact remains that the items under the tree on Christmas morning sometimes still turn out to be books. That warms my heart: I love to give them and receive them.
(By the way, I don't mean to be ignoring e-readers or magazines or subscriptions to magazines. To me, any kind of reading material--or instrument for that purpose--makes a good gift.)
Take me to your reader 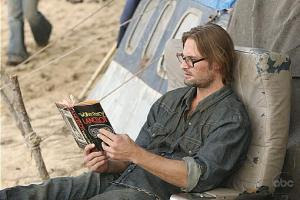 Which brings up another subject. Several of my writer friends have told me they don't read other people's fiction while they're in the process of writing their own fiction. They say that if they do, it dilutes their focus, and keeps them from concentrating fully on their own styles and storylines.
That's fine with me. I've always believed a writer should do whatever it takes to make him or her productive, which of course includes avoiding whatever would make him or her unproductive. If it hurts when you laugh, don't laugh.
But I must tell you, the "don't-read-others'-fiction-while-you're-writing-your-own-fiction" policy is--for me--a quirk that wouldn't work. If I stopped reading other authors' fiction while I was in the process of writing my own, I would never get a chance to read other authors' fiction. I'm always writing something, it seems, and if I'm not actually putting words on paper I'm dreaming up those words to later put on paper.
Concurrent sessions
Here's a related point, which I'll put in the form of three questions. Do you ever read more than one novel at the same time? (I don't.) Do you ever read a novel and a nonfiction book at the same time? (I do.) If you're a writer, do you ever find yourself plotting (in your head) more than one novel or short story at the same time? (I do.) One thing I don't usually do, and I'm not sure why, is read two installations of a series without reading some other kind of book in between them. Novels I've read over the past couple months are (in order): Lee Child's Without Fail, Kinky Friedman's Blast From the Past, Suzanne Collins's The Hunger Games, John Grisham's The Litigators, Child's Worth Dying For, Friedman's Ten Little New Yorkers, Stephen King's 11/22/63, Collins's Catching Fire, Michael Crichton's Micro, and Collins's Mockingjay--and splitting up the two Child and Friedman "series" novels and the Hunger Games trilogy was intentional. I think I just enjoyed them more that way. (During that same period I also wrote seven short stories and I've almost finished plotting two more.) How about you?--Do any of you prefer to read books in a series back-to-back, or do you (like me) prefer to sandwich other books between them?
Speaking of gifts and sandwiches . . . that's a wrap
In closing, I sincerely hope all of you read plenty of books and stories in 2012, that you buy plenty of books for others, and that you receive even more.
Happy holidays to everyone! See you next year.
Posted by John Floyd at 00:01

John, in answer to your questions, I regularly read two (or occasionally even more)novels at a time, but occasionally I'll read straight through those "can't put down" gems.Until recently, I wrote something every day and read an hour or so every evening. Yes, I think of more than one plot at a time and bounce back and forth in writing. Right now, I have a paranormal and another cozy going on the computer.
Congratulations on getting the entire family together for the holidays. That's becoming more rare these days though all of mine are home this year. Merry Christmas, Happy New Year, and Joyful Writing.

I almost never read two books at the same time. But I invariably have one book I am listening to (I am a long time member of Audible) while I am reading another.

I am 20 pages away from finishing the Hunger Game trilogy -- I have been plowing through them ever since John recommended them to me in an email. Wonderful books. A bit surprising that they are classified as a "juvenile."

We are in St. Louis for Christmas Eve with my brother -- then off to Vincennes Indiana tomorrow for Christmas with my wife's folks.

Happy Holidays to all!

Fran and Jeff, Merry Christmas to you both! Fran, I too write something every day. And it's good to know I'm not the only one who plots more than one story at a time and bounces back and forth between them (and between different genres).

Dale, glad to hear you're enjoying the Hunger Games books--I thought you would. I agree that they probably appeal as much to AAs (Actual Adults) as to Young Adults.

Be safe in your travels.

I sometimes read two novels at once, but more often read a non-fiction/fiction combo (which I happen to be doing at the moment).

As for multiple-plotting: sometimes, yes; somtimes, no. It all depends on the current status of my imagination. Currently, I have a number of plots worked out for stories, but haven't had any new ideas in a few weeks.

Have a wonderful Christmas, John, and a very Merry Christmas to all the SleuthSayers and our readers!

David, I like the term "current status of my imagination." And I know just what you mean.

It occurred to me, after writing this piece, that I suppose I DO read more than one piece of fiction at the same time, since I prefer "dividing up" those series novels by interspersing other novels. (Somehow that seems to increase the anticipation, for me.) I guess the same is true of episodic TV.

Is there a reason you chose a picture of Sawyer in "Lost" as a graphic example of a reader? I doubt that Sawyer would have included "avid reader" in his profile on Match.com.

I have met a number of people who read as many as four books at the same time. I stick with one at a time. I've asked some of these multi-book readers to explain why they read more than one a time and how they decide when to switch books. Only one reader ever gave me a definitive answer--she reads books of vaying "mood" concurrently and swithches based on what she "feels" on any given day. As ambiguous as that sounds, I got her meaning.

I just finished reading Micro too. I didn't think it was as good as a number of his other recent books...perhaps that came from the book having to be compleded by another author (Richard Preston) after Crichton's death. What did you think?

Good posting as usual. Hope you and your family all have a Merry Christmas and Happy New Year.

Thanks, Wayne, for the comments. I agree with you on Micro--I enjoyed it but I didn't think it was up to Crichton's other work. And yes, I'm sure that was because of the fact that it was only 30% finished before his death.

As for Sawyer, I picked his photo only because I couldn't resist it. I am (was) a huge fan of LOST. As goofy as it was at times, I still miss that series.

John, some of my favorite re-reading is all the way straight through a treasured series, nothing in between, right before the new book comes out. And I'm envious that of your whole family, not one insists on going to the in-laws' instead. I'd love a crowd at my house every year, but that's not the way it happens. Anyhow, merry Xmas!

Liz, as it turns out, two of our three kiddos' in-laws live within 50 miles or so, so we sort of "share" them during Christmas, and our third child--whose wife's family lives 900 miles away--always spends Thanksgiving with the in-laws and Christmas down here. We are indeed fortunate, there. By the way, the whole crew has been here all day today--can you spell "madhouse"? A while ago I heard something rattling around inside one of my guitars, and it turned out to be a bunch of GI Joe action figures.

Do you play guitar, John? You never told me that.

Wayne, I started playing the guitar almost as soon as I cold hold one--I've got 'em all over the house: nylon-string, steel-string, electric, etc. I have some great memories of sitting in dormitory stairwells with my college roommate, both of us banging out instrumentals like "Pipeline" and Classical Gas."

First, thanks for the photo of Sawyer...took me back to a nice time in my life when all was not LOST, but should have been. To answer your questions: I always read more than one book at a time and I always give books as gifts. When my kids were little, it was coloring books, then easy readers and now novels or nonfiction I know they'll enjoy. I just can't help it...and love it when people give me books, too.