by Elizabeth Zelvin
There are two kinds of people: those who believe that people never really change and those who believe they do. Fiction writers may fall into either category, and their fiction reflects their take on this crucial aspect of human nature.

Mystery and crime fiction has some beloved characters whose attraction is partly in their eternal sameness. Sherlock Holmes will always baffle Watson, smoke his pipe, and play his violin. Miss Marple will always knit and find an analogy to crime in village life. Stephanie Plum will always manage to blow up a car and never decide between her two boyfriends. Jack Reacher will always leave town once the crisis is past and never wash his underwear.

I’ve been rereading Patricia Wentworth’s Miss Silver books, written between the 1930s and the 1950s. 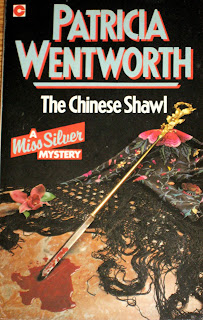 I have forty-two of them (not all Miss Silvers, but in the same universe), and they’ve been high on my list of comfort reads for many years. Miss Silver never changes. She dresses like an Edwardian or even Victorian governess, projects a powerful sense of security and understanding, and sees through people “as if the human race were glass-fronted.” In every book, she’s described in unvarying terms. 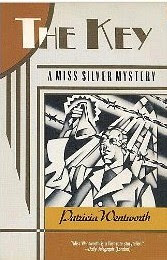 It’s soothing, although no modern series author would dare do the same. Miss Silver’s world is unchanging too. Even after the War, girls are good or bad, sensible or silly. Upper class characters may be autocratic, villainous, or filled with integrity, but no housemaid ever turns out to be intelligent.

Novels allow plenty of room for the growth of their characters. In fact, whole bodies of literature—the quest novel, the coming of age novel—focus on the protagonist’s personal growth. The mystery series expands the potential for growth far beyond the range of a single novel. Most of my perennial favorites are about characters who change. 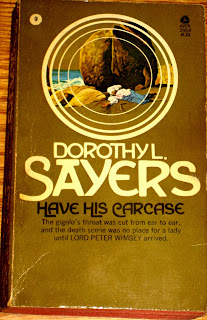 Dorothy L. Sayers’s Lord Peter Wimsey evolves from a silly ass about town not very different from Bertie Wooster, except for his nose for crime, to a complex individual with remarkable intelligence, integrity, and sensitivity. In fact, I believe Sayers invented the three-dimensional, feeling mystery character—the very kind of character Lord Peter encourages Harriet Vane to write in Gaudy Night. It could be argued that the depth of Sayers’s writing, rather than Lord Peter himself, is what changed. But Harriet herself changes over the course of the series from a brittle, fearful woman who distrusts herself and men to a self-confident woman with no doubts about her abilities of mind or heart.

As a therapist as well as a writer, I’ve bet my career—both of them—on the belief that people can and do change. My series protagonist, recovering alcoholic Bruce Kohler, begins to change—fundamentally, radically, and none too willingly—from the moment he gets sober. My deepest motive for writing Death Will Get You Sober was to translate the powerful, transformative process of recovery from real life, where I’d seen it many times, to fiction. At that level, I continued Bruce’s story as a series because for recovering alcoholics, not drinking is just the beginning.

So what about short stories? Are they spacious enough to show the process of change? I’ve written four short stories about Bruce, and I’d say that each of them catches him at a particular moment in his evolution. In “Death Will Clean Your Closet,” he’s doing housework for the first time in years when he finds a body. Later, he goes to sleep on a park bench, commenting that it’s the first time he’s done that sober, and wakes up with the solution to the murder. In “Death Will Tie Your Kangaroo Down,” he has to talk a houseguest out of leaving beer in his refrigerator, “where it looked dangerously at home.” In the later stories, he’s simply sober, using his clear head and his knowledge of recovery to figure out whodunit.
Posted by Elizabeth Zelvin at 00:01