The Crime of Capital Punishment 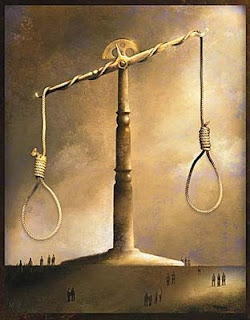 In mystery stories, the crime story typically ends with the detective's dénouement explaining how he arrived at his conclusions. In some of the 1940s radio plays, the protagonist might even chortle: "Old Sparky will electrify you, Eli!" or "It's the gallows for you, Gusman!"

In real life, this can be the point when the plot intensifies if it's believed detectives or the prosecutor got it wrong. And, in a surprising number of cases, they do. Common wisdom argues a tiny fraction are mistaken, but common wisdom is wrong. Looking only at DNA cases, the State of Illinois discovered one in sixteen condemned men were innocent, but cases of actual innocence could be double that. Experts extrapolate that as many as one in eight men sent to their deaths may be innocent. If they're right, three hundred currently on death row might not be guilty.

That number may be extremely conservative because the Innocence Project exonerated 250 men by February of last year. The pace is slowing… in many cases there is no DNA to connect the crime with the accused but, according to Innocence Project statistics, eyewitness identification erred in an astonishing 70% of their cases. Even in up-close-and-personal rape, identification is often wrong.

The Court of Lost Appeal

Another reason the pace is slowing is that prosecutors and courts throw up impediments to testing. Prosecutors sometimes 'lose' evidence or launch legal arguments to prevent testing.

In Kafkaesque rulings two years ago, the Supreme Court slapped down the Innocence Project. They held that prisoners have no right to post-conviction DNA testing. The Supreme Court expressed deep disdain when DNA was used to exonerate. In dismissing exculpatory DNA evidence, one of the justices wrote that forensic science has "serious deficiencies". Chief Justice Roberts expressed a fear that post-conviction DNA testing risks "unnecessarily overthrowing the established system of criminal justice."

In middle school, we're taught the accused are considered innocent until adjudged guilty. This remains true even though the prosecution comes to court with several advantages and the defense is often, well, defensive.

The AEDPA, Gingrinch legislation signed into law by President Clinton, prohibits federal courts from remedying miscarriages of justice. The AEDPA rendered federal courts powerless to correct state courts' misinterpretations of U.S. constitutional and federal law. Judges may try to step outside legalities to set matters to right, but few judges are willing to risk their careers. They are, after all, subject to elections and reappointments.

Arkansas: Capital punishment makes good politics. During his first presidential campaign, Governor Bill Clinton returned to Little Rock to sign the death warrant of a mentally deficient man (who was saving his pecan pie until after his execution). Clinton may have had in mind the lessons of another governor, Michael Dukakis who'd cleared the way for Willie Horton to be freed.

Florida: Our Florida governor Bob Martinez started signing death warrants his first full day in office as quickly as they were slapped on his desk. When it appeared he would lose re-election, he ramped up executions against international protests. Several legal experts are convinced he wittingly executed innocent men. As the Innocent Project demonstrated significant numbers of the condemned were truly innocent, Florida (like North Carolina's Inquiry Commission) recently established a commission to review doubtful cases.

Texas: The last two governors of Texas who campaigned for president set records in numbers of executions. Both Governor Bush and Governor Perry asserted Texas never wrongfully executed anyone, ever. Governor Perry was so convinced, he shut down a state investigation by the somewhat gutless Texas Forensic Science Commission that was looking into doubtful convictions. As writer J.D. Bell said, "If Perry was certain of Texas' infallibility in assuring the guilt of all 235 men sent to death during his gubernatorial reign, then there surely would be no reason to block a thorough investigation into Willingham's execution."

Illinois: Governor George Ryan has had his woes, but his legacy may have helped reshape capital punishment in the land of Lincoln. Once freed from political constraints, he turned his attention to the nearly 300 men on death row. In a matter of months, 18 were exonerated, not merely judged not guilty but proved not guilty. 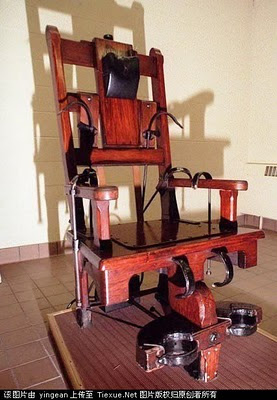 Almost as bad as executing the wrong man, the real perpetrator likely goes free. In the recent Troy Davis case, after seven witnesses recanted their stories, the remaining chief accuser against Davis was the most likely suspect. Calls for relief from conservatives and liberals, from religious and political leaders went unheeded. Psychologists contend his repeated trips to the execution chamber were a form of torture.

When witnesses recant, appeals courts and parole boards almost invariably take the position witnesses lie the second time. Though convenient for the prosecution, that psychology seems backwards to me. Transcripts coming out of parole hearings show boards strongly influenced by prosecution bias and seldom by the notion that a jury erred. Indeed, the last judge who looked over Troy Davis' new evidence and witness recantations agreed there was some little mitigation, but in the end wrote Davis failed to prove his absolute innocence and that repudiations were "smoke and mirrors."

The English teacher in my tiny high school formed debate teams. I'm grateful to Miss Arthur's debates for a couple of reasons. First, I'm still amazed how often the fallacies taught in debate show up unchallenged on talk radio. Secondly, the exigencies of preparation forced me to thoroughly research the death penalty. For a multitude of reasons– ethical, technical, financial, and moral– I came away convinced capital punishment was wrong.

But mine isn't the final opinion— it is only mine. Yours may differ and feel welcome to talk about it here.


(We're still hearing some are having trouble posting comments even after following the guidelines above right. Try other 'profile' options to get that comment to us.)