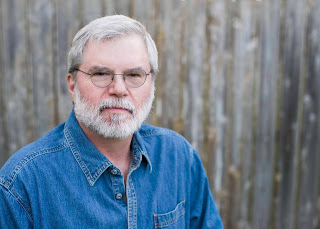 I’m a manuscript janitor. I get paid to clean up electronic manuscripts to prepare them for editing and eventual publication. I’m the guy who removes all the extraneous junk writers and their word processing programs insert into files, and I’m the guy who takes all the inconsistent formatting and makes it consistent before editors begin the arduous task of turning word vomit into publishable copy.

Sometimes I hate writers for making me do all this work, but I would earn significantly less if they didn’t, and I earn more per hour cleaning up these messes than some writers earn creating them. Want to take food out of my mouth, save publishers money, and make editors happy? Learn to submit clean manuscripts.

Some of the many things I correct while cleaning up electronic manuscripts:

Improperly Used Dashes. Know the difference between the hyphen, the en dash, and the em dash, and use them properly. (Note: House styles differ on whether or not there should be a space before and after the em dash. If in doubt, choose one style and be consistent throughout your entire manuscript.)

Quotation Marks (single and double) and apostrophes. Any text that will be professionally published will require the use of proper quotation marks (commonly referred to as curly quotes or typographer’s quotes), so use them. Do not use a single opening quotation mark when an apostrophe is the proper symbol.

The above problems appear in so many manuscripts that I do a series of search-and-replace passes through every manuscript to find and correct these problems.

Some of the changes I make address the requirements of individual publisher clients, and some of what I clean out of electronic files prior to beginning the editorial process is unique to individual writers, so I have developed search-and-replace procedures specific to them.

For example, one publisher’s house style requires a space before and after all em dashes, another requires that all author bylines be typed in caps. I address these and many other house style issues during the second go-round.

I have also learned the foibles of several writers whose work I regularly see. For example, one writer consistently misuses a word, using instead a sound-alike word, so when cleaning up that writer’s manuscripts I search for and replace the misused word with the correct word. Another writer consistently fails to put the comma after the state in statements such as “I went to Waco, Texas, to visit the Silos.” So, I search for state names and insert the missing commas as appropriate.

Then I format every manuscript to look identical. For one client this means 14-point Times New Roman, double-spaced, with a .5” indent on the first line of every paragraph.

The third go-round is the actual editing phase. After I have performed my janitorial duties, I pass the manuscripts on to the publishers’ editors. Depending on the client, it may be a single editor or it may be a team of editors, each tasked with a different responsibility. Some editors are subject matter experts, ensuring the accuracy of the information presented, while others edit for spelling, punctuation, and grammar.

Not all publishers use manuscript janitors (which isn’t even a real title). In many cases, the janitorial duties fall to copyeditors, who perform these tasks as part of the editing process rather than separate from it. Regardless, someone has to clean up the messes writers make.

In fact, right now there’s a manuscript janitor somewhere working her way through one of my manuscripts and shaking her head in dismay at the extraneous junk I failed to remove prior to submission.

Speaking of editing, I’ll soon be reading submissions for a new anthology series: Mickey Finn: 21st Century Noir isn’t watered-down mysteries for dilettantes; it’s a crime-fiction cocktail that will knock readers into a literary stupor. An annual anthology of hardboiled and noir crime fiction to be released each fall beginning in 2020, contributors will be encouraged to push their work into places short crime fiction doesn’t often go, into a world where the mean streets seem gentrified by comparison and happy endings are the exception rather than the rule. For complete details, visit www.crimefictionwriter.com/submissions/html.
Posted by Michael Bracken at 00:05 11 comments


by Paul D. Marks
Okay, time for me to piss everyone off. Well, at least some agents and editors I’m sure. I want to air some pet peeves about the above-named people. They have their peeves about us, so turnabout is fair play, right? They think it’s a crime if we don’t follow their guidelines—and everyone has a different set of guidelines. And I think it’s a crime that there’s no set standard so that we’re constantly scrambling to change our manuscripts every time we submit to a different person.

Peeve #1: No simultaneous submissions. Sure, I’ll send you my story or novel and I’ll just sit around for the next year and a half waiting to hear back from you....if I hear back from you at all. And lately, a lot of agents and editors are saying something to the effect of “if you don’t hear back from us within six weeks that means we’re not interested.” Nice. Whatever happened to manners—yeah, I know. But how hard is it to send a form e-mail saying thanks but no thanks. And if we never hear from them how do we know they got the story, especially if it was sent over the net. And then they put the fear of God into you if you dare follow up or contact them again. I think authors should rebel against the no simultaneous submissions policy and just submit everywhere you can. Then what? You go on some agent/editor blacklist that says “don’t accept anything so and so sends.” But what’s the alternative? Sit around and wait and grow old. 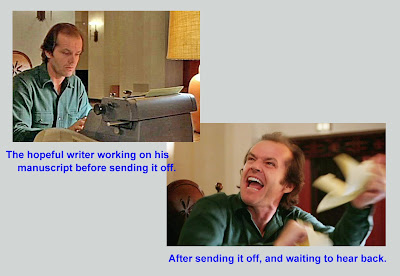 Peeve #2: Every editor or agent seems to want a different thing. The first 50 pages or the first three chapters. Some want a one page synopsis, some 2 pages. Another wants no more than one paragraph. Others want detailed outlines, another a summary. I don’t know about you but I get sick and tired of having to reinvent the wheel every time I submit something to someone. I understand they need guidelines, but do they realize how difficult they make it for us when there’s no set standard? So what if you send a 3 page synopsis instead of two pager? Or 2½ pages? You’re a malcontent. A subversive. It’s time for the balance of power to shift. Our time is valuable too. How about an industry-wide standard, so we don’t have to start over every time?

Peeve #3: They all have things that turn them off before you even get off the ground. There was a producer once who said if you submit a script with ellipses in it he would automatically reject it. Why? Did that make it a bad story? If a writer submitting to him, on their own or through their agent, would have taken out all the ellipses would that have made it a better story? Some agents or editors don’t like prologues. Well, what if there is a need for a prologue? Coming from a film writing background I understand the need to get into a story quickly. But one of the joys of books is that you can—or used to be able to—take a little longer to get off the ground. And sometimes a prologue is necessary. But I do know about cutting to the chase. In my rewriting gig I once chopped off all of Act I of a script and started on Act II, using just a few tidbits from the first act, inserting them where I could. I understand when the prologue is used for exposition and only exposition that’s not a good idea, but sometimes that’s what works for that particular project. 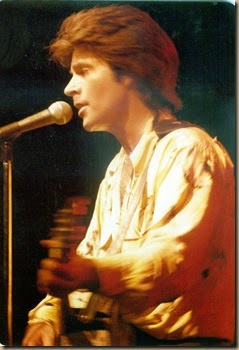 Peeve #4: Everyone has a different opinion, so when you get notes from someone, but without a commitment, should you rewrite your manuscript every time? What if they still don’t like it? Or the next person who reads it doesn’t like the things you just changed for the last person? Write your story not theirs. That’s not to say you shouldn’t be open to criticism, but only if you agree it’s valid. I once optioned a script to a producer. He loved the dialogue. It was the best dialogue he’d ever heard. He gushed on and on about it. He gave it to a director who hated the dialogue. Magically and overnight the producer hated the dialogue. Another script I optioned several times went to an agent, early on, who complained that a scene was set in Union Station in L.A. “Nobody takes trains anymore,” he said. Should I have changed that? Would it have made all the difference and he would take me on? Well, I didn’t and he missed the whole point of why it was set in a train station, which was to contrast the “old” vs. “the” new in the context of a main character stuck in the past in some ways. So if you rewrite for everyone who has an opinion you’ll spend your whole life doing that. You can’t please everyone so please yourself. Like Rick Nelson said in his song “Garden Party,” “It's all right now, yeah, learned my lesson well, You see, ya can't please everyone, so you got to please yourself.”

I’m not saying it’s wrong to have guidelines and rules, but they should be consistent and not so rigid that you lose before you even get in the door. Sure, margins should be an inch. Manuscripts should be carefully proofread and edited. But just like everyone one wants one inch margins, they should all be on the same page (pun intended) with other things so we aren’t starting from scratch every time we submit to them.

Whew! Glad I got that off my chest. Let the arrows fly.

A little bit of BSP: My short story “Howling at the Moon” from the November, 2014 issue of Ellery Queen has been nominated for an Anthony Award. I’m very grateful to those who voted. And it certainly came as a surprise. Very cool, but very unexpected. If you want to read the story, click here and scroll down to the Short Story section. All of the short story nominees are here: http://bouchercon2015.org/anthony-awards/

Hope to you see at the California Crime Writers Conference 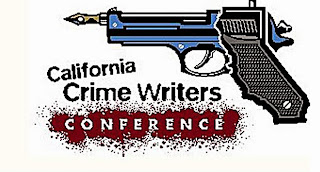 (http://ccwconference.org/ ). June 6th and 7th. I’ll be on the Thrills and Chills (Crafting the Thriller and Suspense Novel) panel, Saturday at 10:30 a.m., along with Laurie Stevens (M), Doug Lyle, Diana Gould and Craig Buck.