Is Time Money, or is Money Time?

You may or may not know that this last week has been wild, because on January 23rd, a gentleman named James Wallman had an article on the BBC Magazine based on his book, Stuffocation, and mentioned me. (I'm also cited in the book.) The citation was for one of my history lessons, "The $3,500 Shirt", which I gave regularly in my Western Civ and World History classes when it came time for the Industrial Revolution talk. I also shared it with several people, including Mr. Wallman, and here on SleuthSayers on June 6, 2013.

After the citation in BBC Magazine, the article got a few hits. (!!!) It also got a few comments. Some people simply could not (perhaps would not?) believe that clothing could be that expensive. Most of time their quarrel was with my multiplying the time spent making the shirt by current minimum wage, saying that didn't show how little people were paid back then, and so the shirt would be much cheaper. Which, in terms of cash paid out, is absolutely true. BUT not when it comes to the amount of time: time-wise, it was infinitely more expensive. Because for most of history, labor (time) was what counted, more than money:


Father took out a round, big silver half-dollar. He asked, "Almanzo, do you know what this is?" "Half a dollar," Almanzo answered. "Yes. But do you know what half a dollar is? It's work, son… You know how to raise potatoes, Almanzo?… Say you have a seed potato in the spring, what do you do with it?" "You cut it up. … Then you harrow - first you manure the field, and plow it. Then you harrow, and mark the ground. And plant the potatoes and plow them, and hoe them. You plow and hoe them twice… Then you dig them and put them down cellar." "Yes, and then you pick them over all winter, you throw out the little ones and the rotten ones. Come spring, you load them up and haul them here to Malone, and you sell them. And if you get a good price son, how much do you get to show for all that work? How much do you get for a bushel of potatoes?" "Half a dollar," Almanzo said. "Yes," said Father. "That's what's in this half-dollar, Almanzo. The work that raised half a bushel of potatoes is in it." Almanzo looked at the round piece of money that Father held up. It looked small, compared to all that work.

Work is important. Work is time. How much a penny or a dollar is worth changes over time; but the number of hours in a day don't. And you don't get the whole 24 hours to do anything you want: you have to sleep, eat., etc. So if you subtract 8-10 hours a day for all those other things (sleep, eating, bathroom, washing, travel to and from work, etc.), what you have left is 14-16 hours a day to work, play, live. Thanks to the Industrial Revolution, most of us (at least in the Western world) don't have to spend 12+ hours a day at hard physical labor, so we have a tendency to think in terms of money (how much did it cost?) rather than time (how long did it take?), but, as I say, that wasn't the way people used to think about things.

Here are a couple of ways to look at things:

First, the Shirt, and then I want to move on to such fun things as criminals and celebrities. First off, some weavers and spinners gave me some more exact figures (I under-figured for spinning; over-figured for weaving), so here goes:

To make a shirt entirely by hand - and we're going to go with 25 gauge for a decent, but coarse shirt - we start with the spinning. 25 ÷ threads per inch × 36 inches wide × 8 yards (shirts were longer then) = 7200 warp yards, plus about the same for weft = 14,400 yards of thread; divided by 30 yards per hour = 480 hours. The weaving (which I admit I over-estimated in the original) requires about 20 hours including 10 hours minimum for set up – stretching the warp, setting up and threading the loom – and then another 8-10 for weaving. And the sewing, which I still say would take 7 hours, including finishing all the seams. So the new figures are:

This still doesn't include things like buttons, or the needle and thread to sew the shirt, nor the labor that went into raising/processing the linen, cotton, or wool.


Imagine spending 480 hours to make enough thread to weave a shirt. No wonder Ellen Rollins said "The moaning of the big [spinning] wheel was the saddest sound of my childhood. It was like a low wail from out of the lengthened monotony of the spinner's life." (Jack Larkin, The Reshaping of Everyday Life, p. 26) And that would be 480 hours "fitted in", because almost no woman (luckily!) could spend an entire working week (72 hours in pre-Industrial times) doing nothing but weaving. She had chores to do, like cooking, cleaning, dairying, weeding, minding children, etc. No matter what price she got for that yarn, she would undoubtedly have felt like Almanzo - a pretty small sum for that much work.

480 hours: that's 7 weeks' work in pre-Industrial times; 12 weeks' work in today's Western working world. What do you have around your house that costs that much? That costs three months' worth of your time, of your year? A shirt? How many shirts, at that rate, could you actually afford, considering you also have to pay for rent and food? And could get no credit?

Now you have some idea of what most people were up against before the Industrial Revolution. (And why the first thing the industrial revolution produced was cloth, and why the first inventions were spinning machines.) 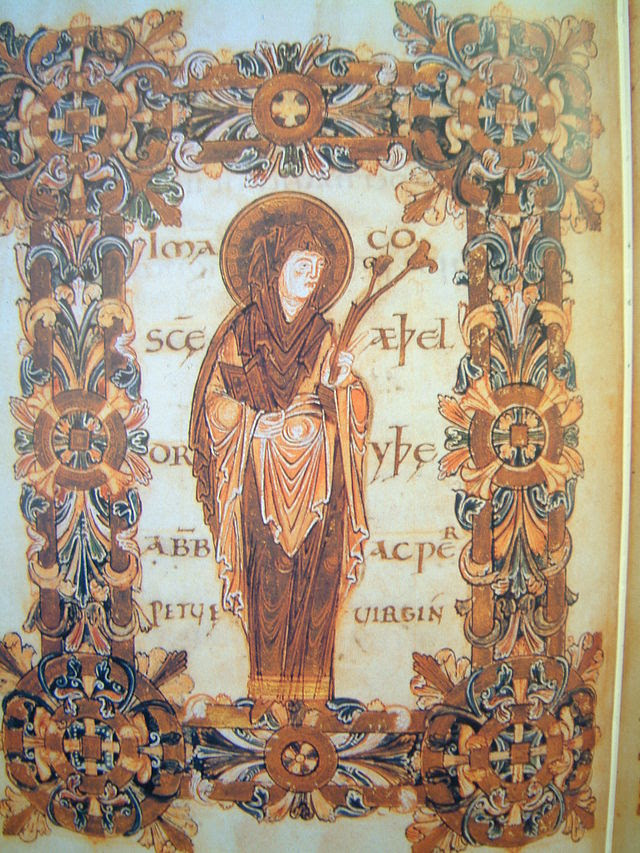 NOTE: one thing about medieval objects, they were, for the most part extremely well-made. Things lasted. I have read of a hand woven linen sheet lasting 100 years. (Of course, well-cared for linen only gets better – more supple and soft – with successive washings and bleachings.) And they didn't waste anything. Everything was darned, mended, cut down, reused, repurposed, recycled, you name it. (Most of the Victorian poor bought or received their clothing second hand.) But there was cheap stuff, too: the ribbons and gee-gaws that were sold at the annual St. Audrey's Fair in medieval England got cheaper and cheaper until, by the 17th century, "tawdry" had become a synonym for "cheap, gaudy and showy".

Back to hours and time. Today we calculate almost everything in terms of money, how to get it, how to increase it, how to spend it, save it, bank on it… But money is only a symbolic representation of labor, of time. (There isn't any currency, at least in the Western world, that has any intrinsic value.) Perhaps our obsession with money is that it buys us time - or does it? 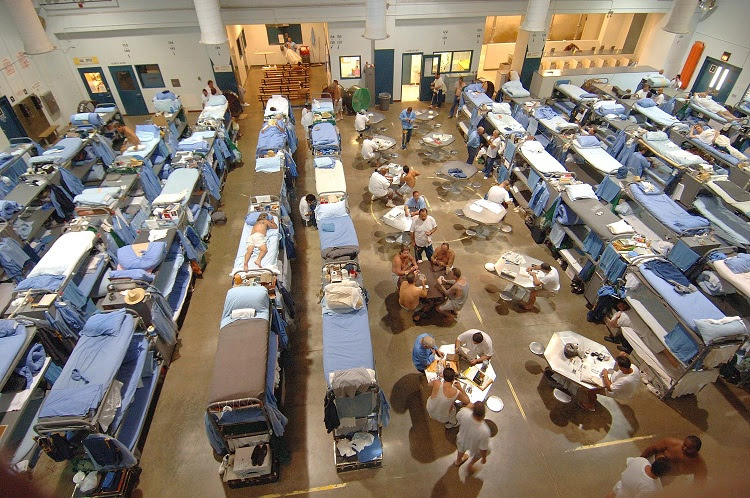 Quite simply, most criminals don't understand why people work. Why exchange all those hours of hard labor when you can get money so much easier by stealing, conning, forging, robbing, or even killing for it? Much less time, much less effort. Of course criminals ignore the endless mental planning and rehearsing - the obsession - that is their life. They ignore the fact that the $20,000,000 heist is literally one in 20,000,000, and is probably not going to be theirs. They ignore the immense effort and hardship that a life of crime requires. And they most definitely ignore the fact that, if caught (as so, so, so many are), they will give ALL their time for the crime, spending years, if not their entire life, on 24/7 watch with no privacy at all.

Of course no one reading this would give up all their time for something as stupid as crime. So I give you Exhibit 2: Celebrities. 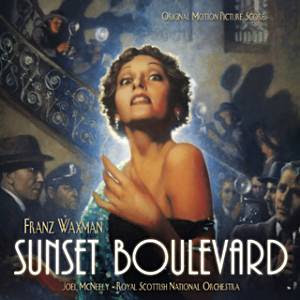 Celebrities - including royalty, athletes, movie stars, rock stars, CEOs, and some politicians - live a lifestyle of fabulous wealth and almost unlimited access to anything the celebrity wants. But, they pay for that with ALL their time. A celebrity is never off-stage. Paparazzi are omnipresent. Phones are tapped. (Ask Rupert Murdoch.) National Enquirer has their hairdressers and stylists on speed-dial. So the exchange is everything for everything. What's left of the person underneath the celebrity? If everything is public, is there any private person there? People have been wondering for centuries if there was anyone under the mask of Louis XIV. What was under Norma Desmond's mask but the hunger for more?

The hunger for more: for more time, more money, more fame, more stuff, more, more, more… Well, we've got the machines, and we've got the stuff, but now everyone complains how they don't have enough time. So what are you willing to spend your time on? What can you afford to spend your time on? What is worth your time?
Posted by Eve Fisher at 00:01 8 comments