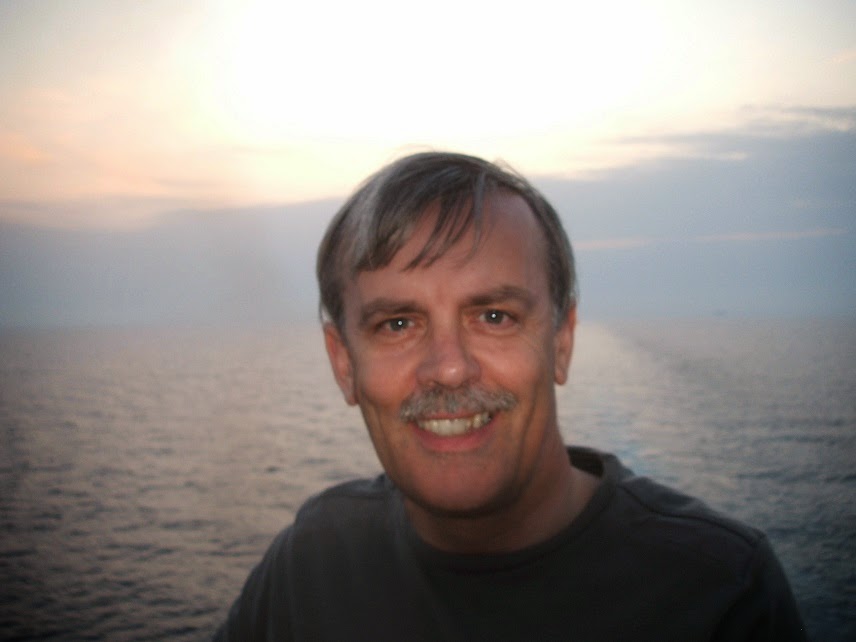 A special treat today.  I lucked into an advance copy of a terrific nonfiction book and when I realized the official release date was this week I invited the author to tell us about it.  Martin Edwards is the author of eighteen novels, and eight non-fiction books.  Plus he's edited two dozen anthologies.  He has won the Crime Writers' Association Dagger and the Margery Allingham prize for short stories.  I highly recommend his book, which has taught me a lot about the writers of the so-called Golden Age, and especially WHY they wrote what they did. — Robert Lopresti

Crime fans know better than anyone that appearances can be deceptive. And that idea is at the heart of The Golden Age of Murder, my just-published study of the British crime novelists who dominated the genre between the two world wars. There’s a widely held view that those writers were cosy, conventional folk who wrote cosy and conventional books. But the more I researched the men and women who wrote the best Golden Age mysteries, the more I became convinced that the truth was rather different – and much more enthralling.

I write crime novels set in the here and now, but I’ve always loved the ingenious traditional murder mysteries. Like so many other people around the world, my introduction to adult fiction was through the books of Agatha Christie, a writer whose work I still love. From her I graduated to Dorothy L. Sayers, and then other great names of the era, such as Margery Allingham, Ngaio Marsh, and Anthony Berkeley.

Later I discovered that those writers, and a good many others whose books I enjoyed, were members of the Detection Club, a select and rather mysterious organisation which exists to this day. Led by Berkeley (who founded the Club) and Sayers, members yearned to raise the standard of crime writing, and strove to ensure that their own work was fresh and inventive.

Sayers, for example, wanted to take the genre in a new direction, and with a fellow Club member, Robert Eustace, she produced The Documents in the Case, an ambitious book in which Lord Peter Wimsey did not appear.  Writing as Francis Iles, Berkeley became the standard-bearer for the novel of psychological crime – the first Iles book, Malice Aforethought, remains a genre classic, and the second, the dark and deeply ironic Before the Fact, was filmed by Alfred Hitchcock. But Club members also remained true to the game-playing spirit of the times. They collaborated in “round-robin” mysteries such as The Floating Admiral, each writing a chapter in turn. The book enjoyed critical and commercial success, which was repeated when it was republished recently

I became fascinated by the relationships between the writers – long before the days of blogs, Twitter and Facebook, the Detection Club was a remarkable social network. Seven years ago, I was elected to membership of the Club myself, and was asked to look after the Club’s archives. But since very little had been retained over the years, really I had to become a detective, finding out about the Club’s history. I talked to experts across the world, and travelled around, tracking down descendants of those early Club members.

Fresh mysteries kept arising, crying out for a solution. The Club’s members obsessed about their personal privacy, and many of them hugged dark and disturbing secrets. One pioneering novelist even made diary entries in an unbreakable code, so nobody could decipher what was in his mind. Clever people, well-versed in the art of mystification, Detection Club members deployed their skills to obscure the trail for anyone seeking to learn more about them. Agatha Christie’s controversial eleven-day disappearance in 1926 is by far the most high profile of the numerous disasters that befell Club members, and affected their writing as well the future course of their lives.

In The Golden Age of Murder, I’ve set out to solve the mysteries of the writers who in many ways were responsible for inventing the modern detective novel. It’s been an engrossing quest, and my greatest hope is that it will encourage people who have, in the past, been dismissive of traditional detective fiction to think again. Of course, plenty of bad books were written in the Golden Age, as in every age, but the best work of the time was exhilarating, innovative - and unforgettable.
Posted by Robert Lopresti at 00:00 5 comments

This week I opened a quart carton of orange sherbet. Yum. I've had orange sherbet through the years yet, somehow, this time my childhood memories flooded back (maybe old age kicking in, who knows?) I suddenly felt as if I were eleven again, visiting my dad for the summer in Fort Worth, Texas. My parents divorced when I was young. Both parents remarried and during the whole school year, I lived with my mother, step-dad and two little sisters, out on the high plains of Texas, forty miles from Lubbock in the small town of Post, TX. Post then had a population of about three thousand folks and this was back in the olden days when ice cream was only available in grocery stores and drug stores. The most flavors I remember were vanilla, chocolate, Neapolitan, and strawberry. In the summer, when I went to visit my dad in the big city of Fort Worth for a couple of weeks, one of the first things we did was to drive over to Baskin Robbins where, at that time, they offered thirty-one flavors of ice cream. I'd look at everything they had and every single time order the same thing...orange sherbet, served in an ice cream cone. I have no idea why. They had banana nut, peppermint, chocolate mint, cherry vanilla, regular vanilla, chocolate, strawberry, peach, Neapolitan, and something with nuts, maybe butter pecan. They also had orange, lime and pineapple sherbet. I don't remember any of the other thirty-one flavors but for some strange reason orange sherbet really seemed like the best of the best to me and that's what I'd buy.

This nostalgic trip got me thinking about my childhood memories of reading. I honestly don't remember not liking to read and really not sure when I began reading. A little before first grade and then from first grade on I read and still read as much as I can now. I lived with my grandmother in Houston for my first grade and then my mother remarried and I moved to Post, TX when school was out. I spent a lot of the summer playing outside, but I also spent a lot of time reading...sometimes reading outside. My parents bought me books. Post didn't have a library then but there was a small library at our church. Most of the books at the church were biographies but written for children. So I learned about George Washington, Abraham Lincoln, Thomas Edison, Ben Franklin, and George Washington Carver from these bios. At home mother bought, Heidi, Black Beauty, Grimm's Fairy Tales and Bible Story books. I loved the Bobbsey Twins and a series called The Sugar Creek Gang, which was about a boy and his pals but I liked adventures and the boys were always having those.

I probably started reading Nancy Drew when I was nine or ten years old and devoured those. I think I tried the Hardy Boys, and Trixie Belton, but Nancy was my idol. She had a really cool dad, an even cooler convertible and she solved mysteries. But my big love for mysteries really grabbed me totally when I was twelve and my father handed me a stack of his paperback books: Mickey Spillane's Mike Hammer, Richard S. Prather's Shell Scott and Erle Stanley Gardner's Perry Mason and his Bertha Cool and Donald Lam detectives, and John D. MacDonald's Travis McGee. I thought Private Eye books were awesome and Perry Mason was so exciting by the revelation of the murderer in the trial.

Soon I matriculated to high school and devoured as many of their mysteries as I could find...Daphne du Maurier, Edgar Allan Poe, Raymond Chandler, Ross MacDonald, Mary Roberts Rinehart, Agatha Christi, Dorothy L. Sayers, Dashiell Hammet, Rex Stout. I could go on and on but you get the idea. I still read spies and thrillers, Ian Flemming, John le Carre, Alistair McClain and I soon discovered John D. MacDonald wrote other books besides the Travis McGee series. In the meantime, Post TX got a public library and my mother became one of the volunteer librarians and when they were able to hire a librarian full time, my mom got the job. She had only gone to the 8th grade in school but she had gotten a GED and she took some college classes by correspondence. She took many of the continuing education classes the library offered. That was her dream job and also helped add to my "have read" growing list of books. Is it any wonder that I wound up writing mysteries and owning a mystery bookstore?

In exploring my childhood memories which I decided to share with each of you I reveal how I managed to fall in love with mysteries and private eyes in particular. What about you?

Now if you'll excuse me I'm going to the kitchen to have a bowl of orange sherbet.
Posted by Jan Grape at 00:01 6 comments 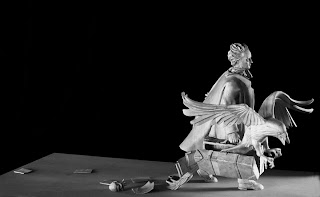 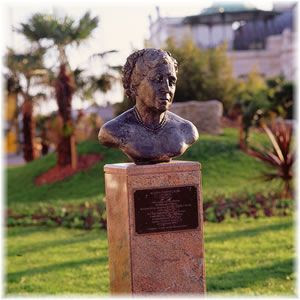 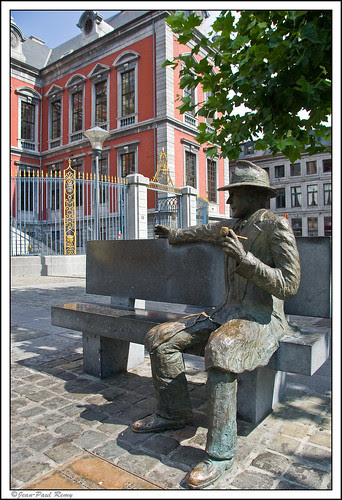