UPDATE:  It has been borne in upon me that my copying of The Macbeth Murder Mystery from another site may infringe upon copyright.  So I have deleted it here, but here is the original New  Yorker link:  New Yorker 1
and New Yorker Folio

And it can also be read in its entirety Here.

I have had a cold I can't shake and spent the weekend at the pen, so, for your Thanksgiving entertainment, enjoy a trip down memory lane - and murder - with James Thurber!

How about that title? In another life I spent time in academia and learned that a fancy title is better than an intelligible essay. However, pretension aside, the tension between complexity and plausibility remains one of the troubling features of our favorite genre.

It does seem unfortunate that the red herrings, misdirections, and deceptions of one sort or another so dear to the hearts of mystery writers and readers are usually the least plausible story features. Indeed, the more ingenious the puzzles the less realistic the plot. I may have been the only reader disenchanted with The DaVinci Code but I’ll bet I was not the only one who had to jettison all expectation of reality.

Worse, the more intricate the plot – and as someone who has always struggled with plotting I have the greatest admiration for the well-wrought narrative – the less memorable the story. Think about it: the great crime and punishment plots are the simple ones, in some cases, with the denoument foretold. In contrast, how many of us can remember more than the briefest impression of even the best crime novels? The reason, of course, is that in the service of mystification and suspense, the story inevitably loses simplicity in twists and surprises.

This makes a good mystery fun to read but hard to remember, compared to say, Macbeth, which can be summarized in a phrase: witches’ prophesy drives noble Scot to regicide, tyranny and disaster. Try to summarize the life trajectory of the characters in Gone Girl, as compared to the biography of the ill fated Oedipus Rex: Abandoned king’s son returns to unknowingly kill father, marry mother; plague ensues. Simpler yet is the tale of Raskolnikov in Crime and Punishment: Student kills pawnbroker and has regrets.

There is no suspense in any of these, except the uneasy anticipation of the worst, and red herrings and clever plot are superfluous. The narrative line goes straight to the jugular, and once the action gets underway, the narrative is not just plausible but inevitable.

Few modern mystery writers will be so fortunate as to construct a plot as simple, powerful, and memorable as the classic crime tragedies, although John Steinbeck contributed a great novella of crime and sorrow with Of Mice and Men. Instead, rather surprisingly in a genre so reliant on action and plotting, the lasting memories of our favorites really rely on atmosphere and character.

With the possible exception of Who Killed Roger Ackroyd, the clever twists of Agatha Christie plots are lost to oblivion. Fortunately she created two iconic detectives in Hercule Poirot and Jane Marple. They are what one remembers along with those toxic country houses, vengeful small towns, and dangerous resorts.

Ditto for Raymond Chandler whose plots were never very watertight but whose Philip Marlowe, stylized diction, and lush California settings remain indelible. Dorothy Sayers, like Agatha Christie, was fortunate to create two great protagonists with Lord Peter and Harriet Vane. Their plots are forgotten but not her characters, nor her snobbish delight in top nation venues and the heyday of the class system.

Clever devices and complex narratives propel novels to the best seller list. But what lingers in the reader’s mind are character and atmosphere. And what gives writers long careers are memorable protagonists. The plots can be – and maybe must be, given market trends – exaggerated, the characters must still be plausible if the work is to linger in the mind.

Getting the balance right is difficult. I suspect that the tension between exciting (and surprising) action and the plausibly human is the reason why, despite excellent, sometimes brilliant, writing even the best crime fiction is set a step below contemporary or literary novels.
Posted by Janice Law at 00:00 11 comments


My pal Michael Davidson, who's a thriller writer - and, as it happens, a 30-year career CIA vet - said one of the things he likes about my Cold War stories is that they take him back to another place and time.  Berlin, and the Wall. 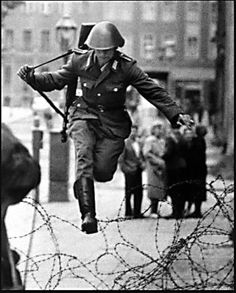 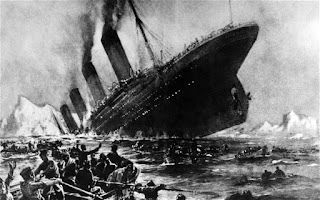 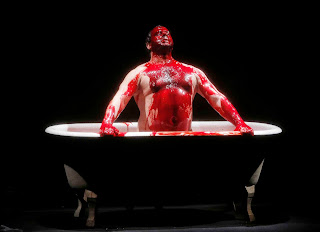 History is just one damn thing after another. I forget who said that. Might have been Homer, for all I know.