Have you ever looked around and realized you're in a dead-end job, in a dead-end town, working your butt off for just enough to keep you in rent and groceries?  Too much drinking, too much junk food, too much wasted time.  A memory of something better - like that girl back in high school - but right now you've settled.  Oh, how you've settled.  The only good thing in your life is fishing, drinking, and the occasional roll in the hay with a woman who's also settled, and doesn't really care... 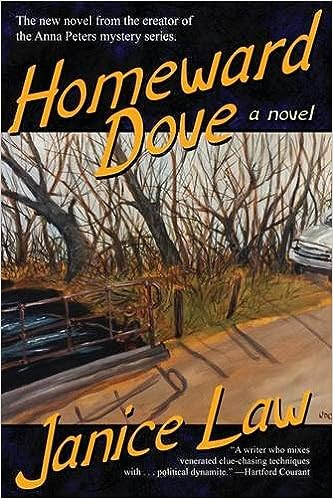 And it ticks you off, down deep. It should be better than this.  There should at least be a future, right? Maybe a vacation that doesn't involve Motel 6 or a friend's busted out old camper? A better job? A home and family?

And if you can't get that, why should you play it straight?  It's a mug's game, and you don't want to be just another loser.  So you cut corners, do some dicey stuff, make a little money on the side, but you've got your ass covered.  Everything's fine.

And then in she walks.  Not Lana Turner from The Postman Always Rings Twice.  The supervisor from hell, with a clipboard, an attitude, and a taste for money.  The kind of person who knows who's screwing the company, because that's her plan, too.  And she goes straight for your throat.  Pay up, or get fired.  And keep paying, paying, paying...

Welcome to the first 14 pages of Janice Law's new novel, Homeward Dove.  (Available here at Amazon, in paperback and on Kindle.)

Our dead-ender is Jeff Woodbine, our supervisor from hell is Michelle, and the high school dream girl is Jess.

So, where do you think this is going to go?  Not where you think.  Like a Coen Brothers' movie, this has twists and turns, dark humor and black deeds, that go places that you don't expect, but when they come, you know they're absolutely right.

Michelle is like all blackmailers, just stupid enough so that her greed makes her feel invincible.  She keeps pushing, and pushing, and pushing for more money.  Jeff is at the end of his rope.  But on the opening day of trout season, when a hungover Jeff climbs out of bed with his f-buddy, Lynn, and goes down to the river to clear his head, who does he find but Michelle, wheeling a toddler down the path. 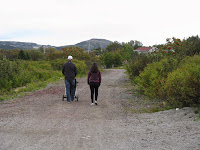 Well, they're going to get into a fight, right?  Yes.

The only witness?  A toddler, who can't even speak...

And when he gets back home, Lynn is still asleep, nobody's noticed, everything's fine.

So why does he feel so sick?  And what happens when the police show up?  Thank God - in Jeff's world - for Hurricane Andrew, which gives him a chance to get out of town without seeming like he's running away.  He works hard, cleans up his act, makes some money, lives with it all.

Months later, he's back, to a new job.  And he runs into Jess, the woman he's always wanted, who cried in his arms the night before her marriage to a man who died a few years later, a military hero. She's beautiful, sympathetic, loving; and Leon, her son, is the toddler in the stroller who saw Jeff kill Michelle.

So, where do you think this is going to go?  Not where you think.

There are twists and turns. Conscience and cops.  A fire that damn near destroys everything.  A story that Jeff's grandfather has shared with no one, "Though you're maybe the one to tell."  And when he does, it comes with a warning:  "See you be careful and don't get into [a business] that's as high priced."  But the warning comes too late for Jeff.  What he needs is to know what to do next.

Homeward Dove is like a Coen brothers' or an Alfred Hitchcock movie, where ordinary people in ordinary lives get bad breaks, make bad choices, and do bad things.  Sometimes very bad things. And then try to break free, as frantic as a fly in a spider's web.

You can't help but root for Jeff.  But what's right?  What's fair?  What should happen?  What does?