Who Am I This Issue?


by Michael Bracken
Accompanying an interview with me that The Digest Enthusiast published in June 2018 was a sidebar listing all of the pseudonyms I’ve used over the years, many of them assigned by editors rather than pseudonyms I’ve chosen.
When I first began writing, I toyed with variations of my name before I settled on Michael Bracken. Michael Patrick Bracken was used only once, on my first professionally published short story. Mike Bracken appeared on much of my fanzine work before I turned pro and then, for a few years, on humor, fillers, and similar material.
I’ve published several pieces using one or the other of my self-selected pseudonyms: Rolinda Hay and Patrick Myers.
Additionally, I’ve been published under many house names or pseudonyms assigned by editors: Gilbert Anderson, Michelle Baker, Mel Barton, M. Bayman, Christine Bracken, Angela Brown, Peter Carson, Nick Ford, Linda Hay, Bruce Jones, Ned Parker, Wanda Reed, Frank Sandwell, Gladys Spivey, S. Turnham, Kate Williams, Aggie Winter, and Stan Young.
I wrote several stories for the sex letters magazines, and bylines were usually initials followed by the name of a city—for example: H.D., Glenview, Illinois—and are too numerous to list.
The stories I wrote for the confession magazines—True Confessions, True Love, True Story, and many others—were often published without bylines because they were presented as “true” and the narrator, whatever her name might be, was presumed to be the author.
GUESS MY NAME 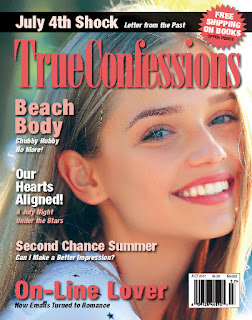 There are many reasons why a writer chooses to use a pseudonym and many reasons why an editor foists pseudonyms upon writers.
A writer of erotica, for example, might have a day job as a grade-school teacher, and exposing herself as an erotica writer might negatively impact her day job. A writer well established in one genre might wish to differentiate her work in another genre, even if her use of a pseudonym isn’t a secret.
My use of pseudonyms—especially those assigned me by editors—had more to do with productivity and genre conventions.
I have had as many as four stories published in a single issue of a magazine, and I’ve had stories in multiple consecutive issues of a publication. By assigning pseudonyms to some of the stories, it appeared as if the magazines had more contributors than they actually did.
The confession magazines and sex letters publications also operated under genre conventions that implied the stories were written by real people and not by a bunch of professional writers like me. Some of the confession magazines would put a byline on a story that matched the name of the narrator, but many confession magazines dispensed completely with bylines on their fiction. The sex letters magazines operated under a similar convention: By using only the initials of a letter writer, accompanied by the city and state from which the letter writer supposedly hailed, they gave readers the impression that, again, the letters were written by real people and not by professional writers like me.
KNOW MY NAME 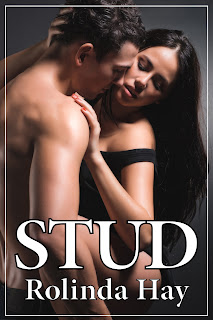 I think the last time I had something published under a pseudonym was in 2011 when I self-published the erotic romance novel Stud as by Rolinda Hay, and the last stories I had published without any byline at all appeared in the July 2017 issues of True Confessions and True Story.
There are several reasons why my use of pseudonyms ended during the past decade, most of them related to the rise of the internet and the decline of print publications. Though I’ve always been a multi-genre writer, much of my short fiction appeared in men’s magazines (a euphemism for publications featuring photographs of naked people and purchased primarily by men) and women’s magazines (primarily those publishing confessions of the sin-suffer-repent variety and purchased primarily by women).
The internet, which allows seemingly unlimited access to photographs of naked people, killed the market for men’s magazines. Dorchester Publishing, which purchased the half-dozen-plus confession magazines then published by Sterling/MacFadden in 2004, later sold them to two different publishers (BroadLit and True Renditions LLC) in 2011. By then, Dorchester had crippled the confession magazines such that the two that survived the company’s mismanagement—True Confessions and True Story—lasted only half a dozen more years.
Additionally, and in part because of the constriction or elimination of what were once my primary markets, most of my work these days falls under the broad umbrella of crime fiction. I am nowhere near able to produce enough crime fiction for any mystery magazine to publish multiple of my stories in any given issue, and with all the competition from my fellow SleuthSayers (I’m looking at you John Floyd) and from other writers, it’s unlikely any mystery magazine editor would ever need to. 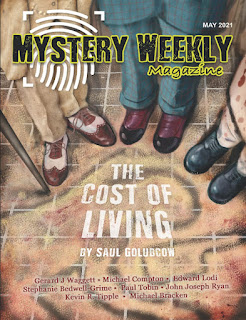 So, will I ever again use a pseudonym?


You may never know.