We talk a lot at this blog about mystery/crime markets and which kinds of stores might fit which publications. I especially enjoyed Joseph D'Agnese's column the other day about using well-known figures from history in his mysteries, and I think it's cool that one of those stories of his is in the May/June issue of Alfred Hitchcock's Mystery Magazine. Also, I liked Barb Goffman's recent post about a story based on a favorite song of hers, for Josh Patchter's new anthology Only the Good Die Young: Crime Fiction Inspired by the Songs of Billy Joel. The truth is, knowing which magazines/anthologies to aim for with stories of certain content can be a task in itself. 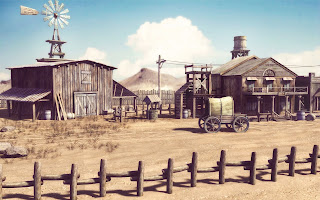 That was one of the things that worried me a bit when I submitted a Western story, "The Donovan Gang," to AHMM eleven months ago. I'd read several Westerns published there over the years, but not many, so I remember thinking that I was taking a chance in sending them one. Be aware, this isn't a contemporary story set in the West, like Hud or No Country for Old Men or Hell or High Water. This is a story set in southeast Arizona in the spring of 1907, with bandits and saloons and stagecoaches and rattlesnakes and ambushes, much like the kind of 1870s story I published last month in the March/April 2021 issue of The Saturday Evening Post. But (also like the Post story) I had researched it quite a bit, and it included enough real people and towns and other locations that I thought it might be able to sneak its way into the more respectable category of historical fiction, which does seem to be acceptable at most mystery markets. You say tomayto, I say tomahto.  Even so, I figured it was a long shot.

That's why I was all the more pleased to find out, a few days ago, that AHMM has accepted that story for publication. It probably won't be until 2022 that it finally sees the light of day, since I have three others queued up there also, in their accepted-but-awaiting-publication bin. Still, it's something to look forward to.

There's another short story I have out to AHMM at the moment that I'm concerned about also, because it's a crime story with a science fiction element. Like Westerns, that kind of cross-genre story seldom shows up in AH--although one of my fantasy stories did appear there several years ago. Once again, if you rely at all on Otto Penzler's oft-quoted definition of mystery fiction, any story that has a crime central to its plot can be considered a mystery regardless of what other genres might be stirred into the mix. At least in terms of qualifying for publication in mystery markets. So I couldn't resist giving it a try. 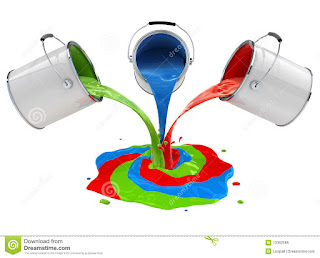 In case anyone's interested, the following is my fairly unimpressive track record, with regard to cross-genre stories at some of the current mystery publications:

AHMM: one fantasy and one Western (upcoming)

Mystery Weekly: one Western, one SF, one fantasy

And several others--Tough, Shotgun Honey, Mysterical-E, etc.--also have not accepted any cross-genre stories. At least from me.

Four things I should note, here:

2. I haven't considered humor or romance in this market list or in the overall cross-genre discussion, only because regular mystery/crime stories often include humor and/or romance elements anyway. You know what I mean.

3. My two mystery/Westerns at BCMM were before Michael Bracken took over as editor. I'm not saying Michael wouldn't consider one--but I am saying the Westerns I published there were before his reign.

4. If ever in doubt about this kind of thing, it never hurts to ask the editor beforehand whether he/she would be receptive to cross-genre elements in a submission. 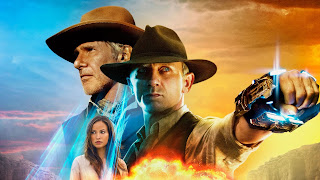 So far I haven't mentioned anthologies, but it's probably worth saying that mystery/crime anthologies are indeed sometimes open to cross-genre submissions. One of my stories chosen for Best American Mystery Stories a few years ago was a Western, about a private investigator in the Old West (which first appeared in Paul Marks' and Andy McAleer's anthology Coast to Coast: Private Eyes from Sea to Shining Sea).

What are your views on trying cross-genre stories at the usual mystery markets? Have any of you done that? Any successes? Which publications have you found to be most receptive to stories with Western/SF/fantasy/horror elements?

Okay, time to sign off. I see that Holmes has put on his cowboy boots and is strapping himself into his jetpack, so he'll need my help.

A writer's work is never done.

P.S. (or maybe BSP.S.): April was a good month, publicationwise. I had a story in Strand Magazine (Spring issue, #63), a story in Woman's World (May 3 issue, released on April 22), a story in Only the Good Die Young (Untreed Reads), a story in Jukes & Tonks (Down & Out Books), a story in Behind Closed Doors (Red Penguin Books), a story in Black Cat Mystery & SF Ebook Club (Wildside Press), two poems in the anthology Moving Images: Poetry Inspired by Film (Bowker Publishing), and six of my WW stories in the new Mini-Mysteries Digest (Bauer Media Group). All except the poems were mysteries. 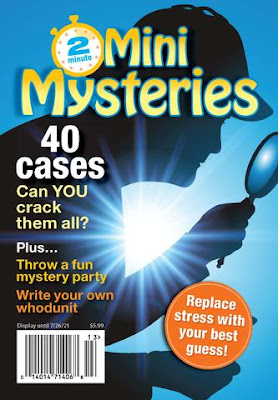 P.P.S. I've not seen the list yet, but congratulations to all the 2021 Derringer winners!