Which Came First? The Title or the Egg? 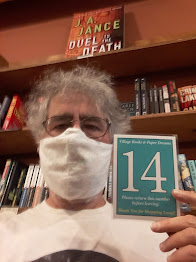 I belong to the Short Mystery Fiction Society. In fact, I am the current president.  I imagine you can figure out what we discuss there. (And, hey, if you want to join, go to this page and look for Subscribe.  It's free.  But do it by tomorrow or you have to wait until the spring when the Derringer Awards have been decided.)

Recently I sent the following note to the Society's list:

I am about to do something that truly irritates me: starting to write a story with no idea what the title will be.

How about it?  Do you need a title before you start writing?

And that started quite a discussion.  I am going to reduce a lot of interesting comments to four generalized categories:

Inspiration.  Writers who said their stories were often inspired by titles.

Start. Writers who usually know the titles before they begin.

Later. Writers who don't know the titles until the story is mostly or completely finished.

Varied.  Writers who are all over the map.

And speaking of maps, this chart shows the results. 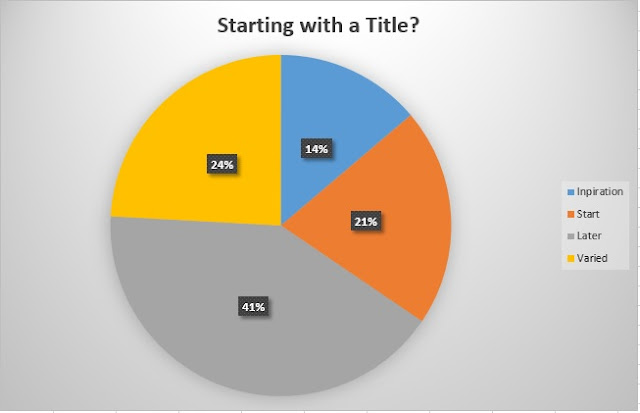 A number of people agreed with me that it is annoying to start without knowing the title, if for no other reason than: what do you call the file?  When I started the story I was complaining about I called the file "Tunnel," which I absolutely hated.  The next day I changed it to "Underpass," which I like so much it may wind up being the actual title.  A subtle difference, perhaps, but huge to me.

I can think of only two times when the title inspired the plot:

"My Life as a Ghost." This was the first story I sold to Alfred Hitchcock Mystery Magazine.  They changed it to "The Dear Departed."  They have never changed another title on me, even when I invited them to do so.

Too Dead For Dreaming. I was listening to "Mr. Tambourine Man" one day and that line leapt out as a perfect title for a crime novel. So I wrote a book set in Greenwich Village during the Great Folk Scare of the early sixties.  Alas, Bob Dylan's publishing company wouldn't permit me to use the line as a title so it became Such A Killing Crime, a line from a traditional song, long out of copyright.

My story about the Plainfield, New Jersey riots was originally called "Bullets in the Firehouse Door," but before I finished it I changed to "Shooting at the Firemen," which covers the same ground but is shorter and more active.  First readers suggested I drop the "the" so it appeared in Hitchcock as "Shooting at Firemen."

Do you need a title before you start?  Do they stay the same or change their identity mysteriously?