Speaking of books, one of the things that well-meaning people say when I mention that I have musical hallucinations is, "It's too bad Oliver Sacks is not alive." Sure, I'm sorry the the celebrated popularizer of neurological oddities is dead. But not as sorry as I am that Mozart is dead. Or Harold Arlen and Yip Harburg, for that matter. The author of The Man Who Mistook His Wife for a Hat could have written The Woman Whose Right Ear Played "Eine Kleine Nachtmusik." But I'd rather have the composer of "Eine Kleine Nachtmusik" itself or the guys who wrote "Over the Rainbow."

Sacks could have told my story entertainingly. But I don't need a ghostwraconteur, thank you. I've got one in my head, as every storyteller does—along with the entity I call the Maestro, who's been giving me private concerts since June 2019.
Don't worry, I'm not nuts. It's simply the name I've given the neurological phenomenon they call musical hallucinations. They’re not in my head, like an earworm, but more like a radio playing close by or sometimes like earphones in my ears. They come from the unconscious, from the musical archives of the person experiencing them. People who have MH have reported hearing a range from nursery rhymes to Chinese opera. Mine are particularly rich, because I have been listening to and making music since early childhood: Girl Scout campfire songs, Broadway show tunes, union songs, and Appalachian ballads on the one hand, classical music on the other. Mozart in, apparently, Mozart out. 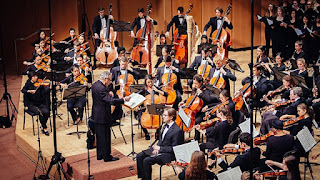 Musical hallucinations sit at the crossroads of neurology, otology, and psychiatry. I already have migraines and partial hearing loss, and I'm a therapist myself. And I’m Jewish. So doctors, I’ve got. They’re on it, they’re on it. And so am I. Having combed the Internet for the literature, we know a few things. It's not as rare as all that, just poorly studied and reported. The causes vary, and there are no treatment protocols. Not only older women get it as usually reported, but also "youts" (don’t you love that word?) who've been playing too much Super Mario. And not a single expert can tell us how to make it stop. 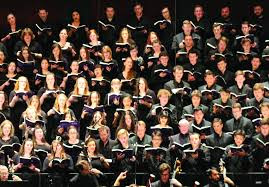 Why would I want to make it stop? you may ask. It sounds fascinating, I hear you say. At any moment, my private concert may be a  baroque string ensemble improvising theme and variations, a world class symphony orchestra, a cello cadenza (right ear) or a coloratura aria (left ear) in the shower. The stimulus of whirling fans or a humming refrigerator may elicit a choral work, eg the "Ode to Joy" from Beethoven's Ninth to Christmas carols in six-part harmony with pipe organ. A brisk walk may summon up a Scottish ballad with bagpipes or a marching band with tuba and bassoon. Sometimes there’s no special stimulus. The Maestro has been known to burst into a rousing chorus of “Happy Birthday” for no reason in particular. Everyone wants to hear the song of the Sirens, don’t they? I get them for free. So what's the catch? 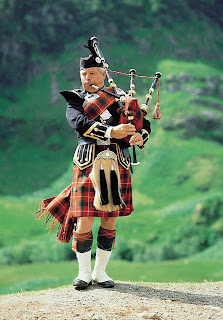 The catch is that the Sirens have no Off button. As you may remember, Odysseus had to be tied to the mast so that unearthly beckoning wouldn’t lure him to his death. Lovely as the music is,   it eventually becomes frustrating, even agonizing. The proverbial Beethoven ending of one of those world-class symphonies can become the Chinese water torture as it goes on and on and on and on and on. And while I can sometimes influence the playlist with a nudge of the mind, I don’t get to choose it. I’ve had to endure “My Grandfather’s Clock” and “Turkey in the Straw” over and over and over. And the most intractable moment is every night when my head hits the pillow and the music won't shut up.

For many months after the MH started, I heard it nonstop throughout my waking hours. Then I started getting periods of respite. It was less intrusive if I didn't treat it as a concert, however tempting. Eventually, my neurologist started prescribing small amounts of scary medications. The neuroleptics, meant for schizophrenics (no, I am not now and never have been), didn’t work, but Aricept, for dementia patients, is beginning to.


So now, I no longer get world-class free entertainment, but only occasional tinny humming. On the other hand, because I don't have dementia, the Aricept doesn't have to fix reality for me. Instead, it's straightening out my unconscious. As a result, I'm having excessively coherent dreams. My husband says I'm making speeches all night long. When I step off a ledge, I wake to find myself with my feet on the floor. There's only the thinnest veil between dream and reality.

But I'm not complaining. I was afraid I'd never have a moment free from music I couldn't control for the rest of my life. In general, I still appreciate music. But please don't invite me to a concert any time soon.
Posted by Elizabeth Zelvin at 00:01