Who Are Those Short People?


by John Floyd
A few weeks ago I did a column here about obscure movies. The point was, all of us have seen good movies that everybody knows about, but there are some good ones that almost nobody's heard of--and those can be fun to find and watch.

But . . . there are some lesser-known writers of shorts who I believe were equally as talented. Here are a few I happened to discover, later in my writing life than I would've hoped. 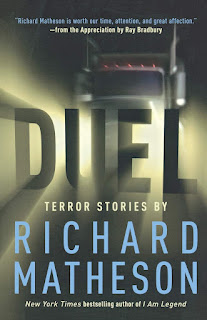 Richard Matheson -- A master storyteller, and one of the writers (along with Rod Serling, Ray Bradbury, Earl Hamner, and others) for the original Twilight Zone. I first became award of Matheson when I found out he wrote the book that became the movie Somewhere in Time (which, God help me, I still love). I have here on my shelves two collections of Matheson's stories: Duel and Nightmare at 20,000 Feet. The title stories of those two books are among my favorites. Others are "Steel," "Prey," and "Third from the Sun."

Jack Ritchie -- My favorite short-story writer, period. He wrote many, many stories for EQMM and AHMM. I have only one of his story collections--Little Boxes of Bewilderment--but only because they're extremely hard to find. Some of my Ritchie favorites: "The Absence of Emily," "Traveler's Check," "The Green Heart" (adapted into the movie A New Leaf), "Shatter Proof," "The Operator," "Play a Game of Cyanide."

Augusto Monterroso -- A Honduran writer who, like Ritchie, wrote only one novel. Everything else was short stories, some of them flash-length and some of them humorous. Here are a few that I think are worth finding and reading: "The Eclipse," "The Outdoor Poet," "Dinosaur," and "Mister Taylor."

Cornell Woolrich -- A great writer who led an incredibly sad life. Known mostly for the movie Rear Window, which was adapted from his short story "It Had to be Murder." He also wrote many novels that were made into movies. I own one of his story collections, Night & Fear, but loaned it out years ago. (If the guy who "borrowed" it is reading this, may the fleas of a thousand camels infest your Fruit of the Looms.) My favorites, of Woolrich's stories: "New York Blues," "Detective William Brown," "For the Rest of Her Life," "Endicott's Girl."

John Collier -- A British novelist, Collier is best known for his short fiction, much of which is witty, dark, and full of plot twists. He wrote or contributed to a number of screenplays, and more than a dozen of his stories have been adapted for TV, radio, and film. I have only one collection of Collier shorts--Fancies and Goodnights--but the stories in it are wonderful. My favorites: "De Mortuis," "Youth from Vienna," "Over Insurance," "Bottle Party," "Squirrels Have Bright Eyes." 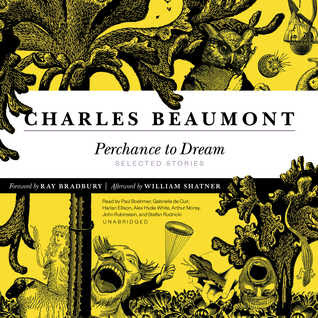 Charles Beaumont -- An author of mostly short science fiction and horror stories, and another of the many writers of episodes for the original Twilight Zone. He wrote only a couple of novels, early in his career, but wrote a lot of screenplays, including 7 Faces of Dr. Lao and The Masque of the Red Death. I have one of his short-story collections--Perchance to Dream--and I've enjoyed every story of his that I've read. Favorites: "The Jungle," "The Beautiful People," "The Howling Man," "Night Ride."

Fredric Brown -- My second-favorite short-story writer. Brown's story output was almost all crime and science fiction. Among other things, he was a master at what's now called flash fiction, and he wrote several novels that later became movies. I own three of his collections--From These Ashes, Miss Darkness, and Nightmares and Geezenstacks. I think his standouts are "Arena," "Nightmare in Yellow," "Voodoo," "Rebound," and "The Laughing Butcher." I'm always amazed that so few readers know about this writer.


Have any of you read these seven authors? If so, what do you think of their stories, style, etc.?

NOTE: Two years ago I posted a SleuthSayers column about both Ritchie and Brown, in case you want to know more about them.


Changing the subject, here– If you're interested in reading some excellent lesser-known short stories by the better-known writers, here are my suggestions:


"The Last Rung on the Ladder," Stephen King
"Never Stop on the Motorway," Jeffrey Archer 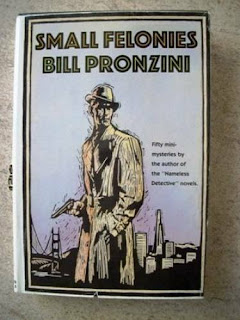 
I can't finish a discussion like this without mentioning the many other short-story writers whose work regularly appears in magazines like AHMM, EQMM, BCMM, Strand, etc. I won't try to list them because I would probably leave someone out, but many of those fellow writers (and friends) are famous as well, and some have oatbags right here in the SleuthSayers stable. I hope you're already reading their stories.


In closing, who are some of your favorites short-story authors, known and unknown? (And some stories to point us to?)