What I Really Think About Sensitivity Reading 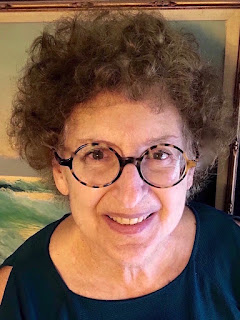 I've been a mental health professional and psychotherapist for 35 years, a published writer of novels and short stories for 13. I live in New York with its kaleidoscopic population. For almost 20 years, I've conducted my therapy practice in cyberspace, ie all over the world. Either personally or in one role or another, I've known a vast variety of people intimately. I've heard the secrets and the candid thoughts and feelings of people of every race, ethnicity, and socioeconomic background, from homeless to celebrity, from nun to murderer, from serving military to self-proclaimed anarchist, from survivor of child molestation to convicted pedophile. I've worked with prostitutes and flashers and gamblers as well as the whole spectrum of sex and gender. I've heard from dozens of cops how 911 really felt to them. I've helped hundreds of alcoholics and drug addicts get clean and sober.

Empathy and imagination are the tools of my trade-—or let's call them my superpowers. My body of work attests to my high degree of competence at my trade, indeed, both my trades. If I were a surgeon setting your broken leg, would you insist I couldn't do it without instruction from you because I'd never had a broken leg myself? If you don't like that analogy, consider this: I've spent my whole personal and professional life living with, interacting with, working with, treating, writing about, loving, and in one case raising successfully the ultimate aliens: men. And male writers have been doing the same with women, with varying success. [Pause while I resist the temptation to name names.]

How those who haven't walked the walk, especially of the marginalized, can possibly write authentically about such characters has become one of the burning questions of our time. I don't think censorship by the thought police, aka sensitivity reading, is the answer. Redaction in the name of reverence is the enemy of creativity and pure poison to art itself.

In the 1980s and 1990s, when I worked as a clinical social worker in and later directed alcoholism treatment programs in New York, many staff were recovering alcoholics who used their own experience as an integral part of their treatment technique, much like sponsorship in AA. Credentialing for counselors was in its youth. Many clients in treatment also went to AA, where they were told that "only an alcoholic can help another alcoholic." (At the time of AA's founding, no effective treatment for alcoholism existed.)

I made a conscious decision not to "confirm or deny" when asked if I was an alcoholic myself. Rather than using that stuffy expression, I told them they would have to find another way to decide whether or not to trust me. My professional experience taught me that some clients wanted to hear I was just like them, but others wanted to be assured I wasn't as damaged as they were. Some of my clients were the deeply hurt or angry partners and family members of alcoholics, who wanted to hear I was not another alcoholic. And how about the bipolar clients, the ex-prostitutes, the survivors of child abuse and sexual trauma I treated? Did every one of them need to hear I was like them-—or not like them? Once I lost control of disclosure about myself, it would be gone forever. The only solution was not to disclose anything about my personal experience.

When my first novel about recovering alcoholic Bruce Kohler was published, I knew that I'd be asked the same question: "Are you an alcoholic?" I made the same decision again. By then, 2008, readers were looking authors up on the Internet and so were potential clients for the online therapy practice I was now engaged in. One mention on Facebook of what I was or wasn't, and once again, I'd lose control over who knew what about me. And it would unquestionably affect people's judgment about whether I was qualified to write what I wrote, treat whom I treated, or know what I knew I knew. As I've learned over and over, people believe what they want to believe. So I had and have no intention of making myself vulnerable to their judgment. 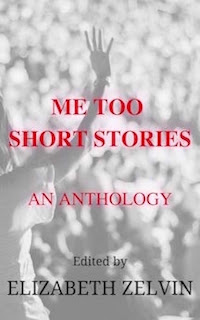 It's not only online that people continually try to break the boundaries I've set for myself. I wish they wouldn't, although I'm no longer amazed at the way people think they have a right to personal information about someone they don't know. Unfortunately, one of the "family rules" of our society is that it's okay. I've had AA members who've read and enjoyed my book tell me so on the street, which is lovely, and then ask if I'm in the program myself-—demonstrating their imperfect grasp of the concept of anonymity. I've given a reading from my story in Me Too Short Stories and had someone come up, tell me it was wonderful and they're going to buy the anthology, then say, "Was it based on personal experience?"-—oblivious to the fact that they've just asked a perfect stranger in a crowded public place, "Were you molested as a child?"

I'm no longer flustered by such questions. I have a standard way of dealing with them firmly but kindly. I say, "I don't disclose that information." If more is needed, I say it's a policy that I apply to everyone. I may even explain it as a matter of my being a mental health professional. But it's really about my right to myself as my own intellectual property, which is akin to my integrity as a therapist and my creative material as a writer. Only I control what anyone knows about my personal experience. Anonymity means that a person in 12-step recovery has the sole right to share that information outside a meeting room. Confidentiality means that only the client has the right to decide who knows what he or she tells a therapist. And intellectual freedom mean that only I as a writer have the right to decide what I write. Short of hate speech, anything else would be kowtowing to the thought police. I'd give up writing rather than settle for appeasement to such an Orwellian distortion of the concept of freedom of speech and creativity.

Elizabeth Zelvin is the author of the Bruce Kohler Mysteries, the Mendoza Family Saga, and three dozen short stories. Most recently, she edited the anthology Me Too Short Stories. Liz's stories have been nominated three times each for the Derringer and Agatha Awards and appeared in Ellery Queen's Mystery Magazine and Alfred Hitchcock's Mystery Magazine. In 2020 so far, her stories will be published in AHMM and Jewish Noir 2.
Posted by Elizabeth Zelvin at 00:01