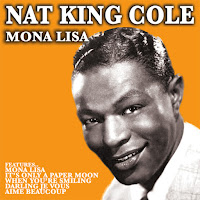 O’Neil wrote about the blah saccharine music of the 1940s and early 50s. I suffered some of the same issues he touched upon. We chatted about his music-loving private eye in that period.


My parents allowed no television, so we didn’t endure dreck as much as some ruining their televisions with Lawrence dullest-of-the-big-bands Welk. At least nuclear families could participate with Sing Along with Mitch Miller.


In the 1940s, the war hit hard. Less than creative but happy, treacly songs helped people feel a bit better. Sadly, many of the best talents were killed off, most notably Glenn Miller. This resulted in the least significant digits surviving awash in bland, washed-out numbers by Lawrence uh-one-uh-two Welk whose claim to fame was outliving all the greats.


One day I started listening to recordings of the 1920s, 1930s, and 1940s. The 1920s were pretty interesting, ‘Rhapsody in Blue’ for example, but the 1930s blew me away. Everyone knows Glenn Miller’s great ‘In the Mood’, but Louis Prima and Benny Goodman’s ‘Sing, Sing, Sing!’ (all 6-zillion versions) blew me away. Arguably, the 1930s proved as creative as the 1960s. Unlike Lawrence God-spare-us Welk, these sounds vibrantly lived.


‘Chattanooga Choo-Choo’ was written on the cusp of the 1930s/1940s as WW-II geared up. Superficially, it seemed a trivial song with insipid covers and uninspired remakes. But the original, what a tune! Glenn Miller made it playful (as did gorgeous Dorothy Dandridge and the wing-footed Nicholas brothers), but underneath it was musically brilliant, embedding one of the most ingenious transitions ever. I’m grateful Lawrence put-me-out-of-my-misery Welk hadn’t ruined it for me.


And there was Viola Smith. Never has the world seen such a drummer. Tom-toms, snares, kettles… She featured in girl bands, she featured in boy bands. She's amazing. Currently at age 106, she’s even outlived Lawrence gag-me-with-a-pitchfork Welk.