by Steve Liskow
Many moons ago, I discussed why I enter so few writing contests. If there is a hefty entry fee, I stay away. If I don't know the judges or feel comfortable with the criteria, ditto.
But sometimes, dumb luck gives you an advantage, and it's true of both contests and submissions to anthologies. If you're in the right place at the right time, there are ways to get an inside track.

Several years ago, I learned about the Black Orchid Novella Award. I had a short story that never sold, and I expanded it into a novella and won. Yes, writing a good story helps, but the Black Orchid Novella Award pays tribute to Rex Stout and his detectives Nero Wolfe and Archie Goodwin. My parents liked Stout, so I read many of his novels and novellas when I was young. We were both raised in the Midwest, so his voice and rhythm and characters influenced my own writing. In other words, writing a story that fit the contest's requirements was definitely in my skill set. 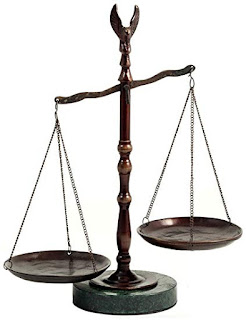 I've entered two stories in that contest, and won both times. Since it's an annual event, the submission dates are standard, which means I know when to have a story ready and have a whole year to come up with an idea (or not) and rewrite until it's worth sending. That means no rushing, important because I can't rush. I've written on demand, but it always takes me several revisions, which means lots of time.

My titles should tell you I like blues and rock and roll. Several years ago, I wrote a blog about plagiarism in rock music. Among other performers, I mentioned Led Zeppelin and their frequent "borrowing" from blues artists. That idea was fresh in my mind when the Mystery Writers of America posted a submission call for an anthology with the theme of "Vengeance," to be edited by Lee Child.

Well, Child's first novel is Killing Floor, a title taken from an old Howlin' Wolf blues classic. Led Zeppelin milked it dry for a song they called "The Lemon Song" on their second LP. Child has another novel called Bad Luck and Trouble, a line that appears in both "Born Under a Bad Sign" by William Bell and Albert King and "Double Trouble" by Otis Rush.

I figured Child was a fan of American Blues. What if I could write a story about a blues songwriter who stole a song and the results caught up with him? I called it "Hot Sugar Blues" and hoped the title would help the story get through the gatekeepers to Child himself. It appeared in the anthology and was later named a finalist for the Edgar Award. 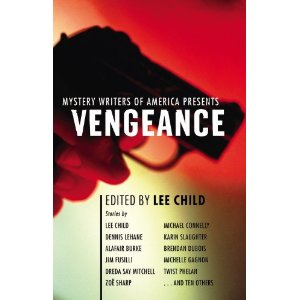 Yes, I think it was a good story, but it still needed the right audience. You can help that happen.

Several years ago, I joined four other writers judging submissions for the Al Blanchard Story Award, sponsored by the New England Chapter of MWA. Let me share what that five-month stint taught me.

The submission time was three months, and we received 142 stories of 5000 words or less. Only a dozen came in during the first several weeks, and only 41 through the sixth week, so I read them all, Because I was used to reading lots of papers, I read EVERY story (even though I only had to read every fourth one) and took notes. (Some people have lives. I'm not one of them). I graded them all from 1 to 10 and made a spread sheet of my comments.

I didn't award any story a 9 or 10, but I gave NINETY-ONE stories a 1 or 2. That's right, nearly 2/3 of the entries earned that score, and for the same reason(s). They started with turgid--often unnecessary--backstory and most of them wallowed in description. They tended to tell rather than show, had little or poor dialogue, and a few had endings that came out of nowhere.

Don't do those things.

A whopping 41 stories came in the last day of the contest. Don't do that, either. By then, judges are in a hurry. They're looking for a reason to dump you and move on, so a typo, a badly-chosen name, or a cliche may be enough to knock you out on page one. 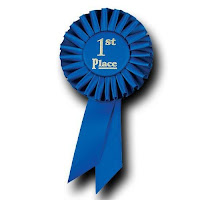 If a contest takes submissions for three months, I like to wait about six weeks. That gives readers time to go through enough entries to establish a personal standard of their own. They still have enough time to be flexible, though, so they'll give leeway to something a little different. When the time crush kicks in (the last two weeks), they may already have their personal favorites locked in and it's hard to dislodge them. Hit them when they're still comfortable.

Keep in mind that judging is ALWAYS subjective, no matter how specific the criteria, and no matter whether it's for a contest, an anthology, or a standard submission. Three of the five stories I rated the highest in the contest I judged didn't make anyone else's short list, but seventeen of the stories I rated a 1 or a 2 DID.

Not long ago, an editor turned down my submission because he liked the story but didn't like the golf that was essential to the plot. He never explained why. I sold the story elsewhere in two weeks. Maybe if I'd used tennis or Jai alai, it would have sold the first time out.

You never know. But some guesses are better than others.
Posted by Steve Liskow at 00:01