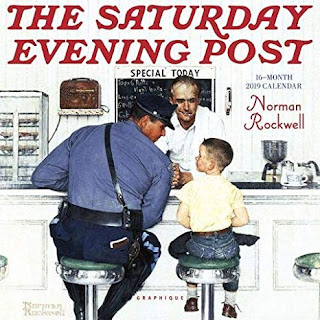 A few years ago I discovered a new market for my stories--or, more accurately, I was told about it. It wasn't a mystery market (those are the ones I usually look for), but one that is occasionally receptive to mysteries as well. It was a magazine whose name I recognized, but I had never considered submitting a story there.

When I think of The Saturday Evening Post, the first thing that comes to mind is probably Norman Rockwell's covers. But they do publish one short story in every bi-monthly print edition, and the one in the current issue is mine. (I would prefer they make things easier by just using one of my stories in every issue, but they might not agree with that idea.)

Like me, the SEP has been around awhile. It began in the 1820s, and I'm told it did pretty well until the 1890s, and then sank to a circulation of around two thousand. Then--under new leadership--it rose to around 250,000 in 1900 and a million in 1908. Apparently it continued to flourish until the 1960s, reaching a circulation of around seven million. In the late sixties, though, the Post had another downturn, and by 1982 it had become, according to its website, a non-profit entity focusing on health, medicine, volunteerism, etc. In 2013 it underwent a do-over, returning to its original policy of celebrating the storytelling, art, and history of America. I am now a subscriber and I truly enjoy the magazine. 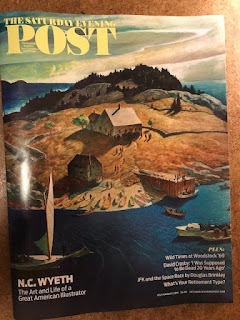 One thing of interest to folks like me is that the Post--as I said earlier--features one piece of fiction in every print edition, and then makes those stories available online about two weeks after their appearance in print. My story in their current (July/Aug 2019) issue became available online this past week. I understand the SEP is also a market for strictly online stories, where a new story is featured every week. I have not investigated or sent anything to that venue, but I know several fellow SleuthSayers who have submitted and have been published there, and I would welcome their comments and information on that piece of the market.

What does all this have to do with mystery writing? Not much. Only three of the eight stories I've had published by the SEP are mysteries--or at least mysteries in the sense that a crime is central to their plots. (That remains the criteria by which Otto Penzler selects the content for his annual Best American Mystery Stories anthologies.) That of course means that more than half of my SEP stories are not mysteries. But most writers like to dabble now and then in other genres anyway.

Looking back at the past several years, here are the short stories I've been fortunate enough to sell to the SEP, along with a mini-synopsis of each:


1. "The Outside World" -- 2600 words -- March/April 2013 issue. A mysterious old woman helps a
young man who's been blinded in an accident regain his hope for the future. I remember that I wrote this non-mystery story really fast, after the idea first entered my head. 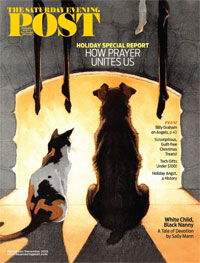 2. "The First of October" -- 1600 words -- Nov/Dec 2013. Fate brings two college sweethearts back together after many years of hardship and separation. This was sort of a romance story with a twist, and one that I was surprised (but happy) that the Post accepted.

3. "Margaret's Hero" -- 5300 words -- May/June 2014. A white child, her beloved horse, and an African American foreman create an unlikely and strong alliance. This was fun to write because it was done in a familiar southern setting and about the kind of folks I grew up around.

4. "Saving Grace" -- 4500 words -- July/Aug 2015. A grown son estranged from his mother returns to his hometown to find that an unfortunate (and illegal) incident in his past has miraculously affected later events. The plot for this story, which includes some fantasy elements, came to mind after one of my many viewings of It's a Wonderful Life.

5. "Business Class" -- 1500 words -- Nov/Dec 2015. A confrontation between an executive and an employee shows a planeful of office workers what's really important in life. No crime in this story, just issues of professionalism and power and corporate ethics. A few memories of my IBM career in this one. 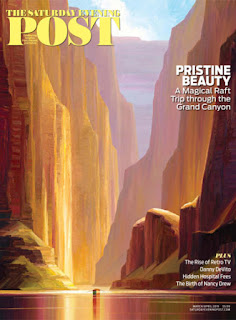 6. "The Music of Angels" -- 2000 words -- Sep/Oct 2018. A home-healthcare nurse visiting an elderly patient in a rural area makes a discovery that will change the lives of two people. A lot of this story was based on real events, both at the college I attended and in my hometown. Also, not that it matters, I gave the three main characters the first names of our oldest son's three children.

8. "The A Team" -- 2300 words -- July/Aug 2019. A drugstore employee and her five-year-old daughter find themselves in the middle of an armed-robbery attempt. This is one of those "framed" narratives, where everything starts in the present, goes into the past to tell the story, and ends in the present again.


If anyone's interested in this kind of thing, six of those stories were written in third-person, two in first-person, all of them feature very few named characters, and all were written in past tense. 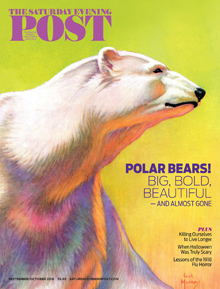 One odd thing that I've noticed about these stories: the SEP editors like to use numbers instead of spelling them out. My policy's always been to spell out numbers from, say, one to ten--"I'll pay you five dollars at two o'clock"--but when I do that, they always change it to "I'll pay you 5 dollars at 2 o'clock." From an editing standpoint, I think that's the only thing I've differed with them about. (They won.)

Contentwise, I usually try to send stories to the SEP that are family-friendly. Most of those I've seen in the magazine seem to be geared to a wide audience and have sort of a down-home, "all-American" flavor. If I do a crime-related story and it's at all gritty or controversial, I usually target one of the mystery magazines with it instead.

The SEP also tends to publish accepted stories almost immediately, unlike many other markets.

How many of you have read the Post lately? Have you ever submitted a short story there? A nonfiction piece? How often do you venture away from mysteries and into the other genres? Where do you usually choose to send those other-genre stories? Do you occasionally try the literary journals? Have you had success there? How often are your stories influenced by novels or movies or other shorts you've read?

Whatever the case, keep up the good work! I'll be back in two weeks.
Posted by John Floyd at 00:01