Every writer has a process.

For a novel, mine begins with putting together an idea, characters, time, setting, brief notes on what I think the story will be about. Research comes next. Library, internet, visiting the setting if applicable (I wrote DEATH ANGELS without going to France and wrote USS RELENTLESS without going to The Seychelles or India. Could not go to the island of Saint Lolita in order to write SAINT LOLITA since I made up the place).

Next step – the arduous task of writing the first draft by putting the characters in motion and following them. NOTE: Often I have no idea what the story will be about. I just follow the characters who always seem to find conflict.

The first third of the book takes the longest time to write, the second third goes faster and thankfully the final third faster still. I write the first draft quickly. Then go back and get it right.

Spell check the book and create a second draft. Read it as slowly as you can, checking inconsistencies. Pay attention to EVERYTHING. This is more polishing up the book than changing anything of consquence. The book is done. It needs a wax job. 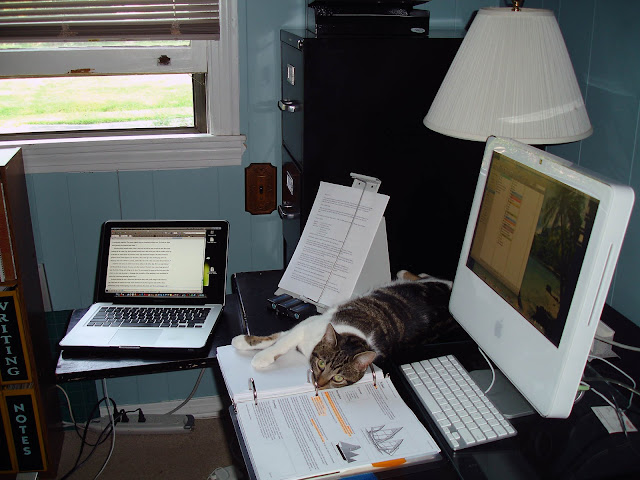 Time to take a break, fella

Let it sit a while. Let it breathe. Get your mind off it. Write a short story or two. That takes a lot concentration and time.

Create the novel's third draft with another slow read.

Get it to a first reader. When it comes back with suggestions, go through them and make changes if you think they are necessary.

Create a fourth draft from the corrections.

Let it sit. Send it to your other readers – including editor and copyeditor.

During these sits I put together an idea for the next novel –  characters, time, setting, notes on what I think the story will be AND write short stories. 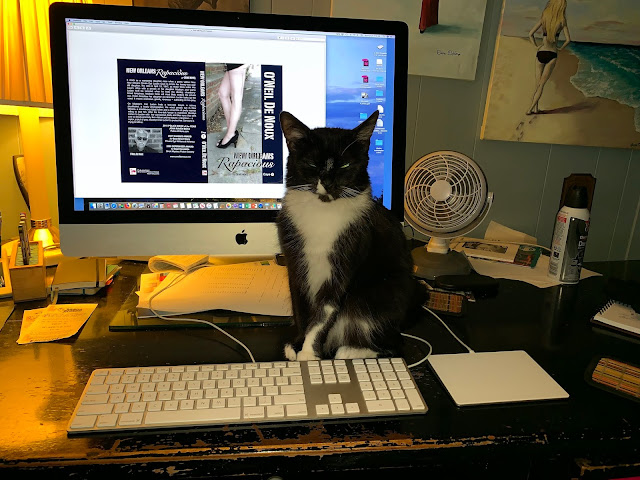 Time to feed me, fella

Return to the first novel. I've been away from it a while and usually see something which needs tweaking.

Create another draft from information from all readers and let it ferment.

Write the next novel using the same process. During the sit time after its second draft – go back to the first novel to create the first final draft.

The last final draft is the one which is put into eBook and paperback formats.

Before publication, read through the book ONE MORE TIME to make sure it is RIGHT. 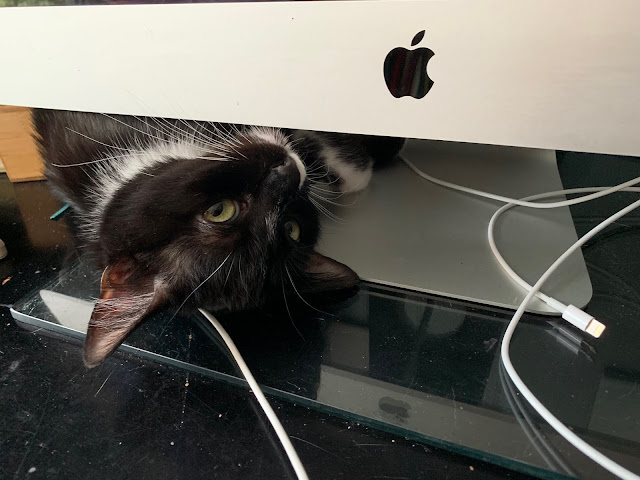 I can help with that scene, fella

I am in my late sixties and write all the time now. I am not a recluse but I play one in real life. And I manage to get two or three novels and a half dozen short stories written every year.

That's all for now. It's snack time for the cats.