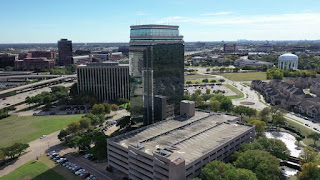 Last Saturday I conducted a one-day writing workshop in Richardson, Texas, for the North Dallas
chapter of Sisters in Crime. (I had a great time, and I sincerely thank Pam McWilliams and Barbara Spencer for showing me and my wife such a warm welcome.) The agenda included a two-hour session on "Writing Short Stories" in the morning and another on "Marketing Short Stories" that afternoon. I received and addressed a LOT of questions, especially in that second session, when we talked about dealing with editors.

As I told the group, it's been my experience that most short-story editors are professional, friendly, and easy to work with. Granted, these "dealings" are sometimes short, if I get a rejection letter--but even then, they disappoint me in a nice and encouraging way. When they do accept and publish a story I've submitted, they generally pay me on time and present my work in a way that makes me proud. 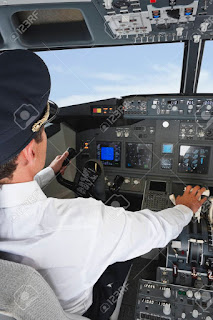 The real test of dealing with editors comes during that murky area that's not quite a rejection and not quite an acceptance, when editors ask me to change something in one of my submissions. That situation always reminds me of the following joke:

Here, the outlook is a little better than in that announcement. The bad news is "we haven't accepted your story yet" and the good news is "we haven't rejected it yet either." And it doesn't happen often--these days editors seem more likely to give you a definite yes or a definite no, with no middle ground. When they do ask for revisions, I usually go through two phases: the first is a stubborn tendency to wonder how they could have the gall to question something I've worked so hard to create, and the second is a gradual realization that those requested changes are often logical and justified. Sometimes they do make the story better. And even when they don't, well, the editors are driving this train, and if I want to ride along I probably need to salute and obey orders.

The fact that these requests for revision don't happen a lot is one reason we as writers need to be careful to make each story as perfect as we can make it before submitting. Editors would rather not go to the trouble of asking for changes, so if the story doesn't work as written, it'll probably just be rejected outright. In this "buyer's market" there are plenty of other submissions out there that might not require any tweaking at all.

Can you spell "compromise"? 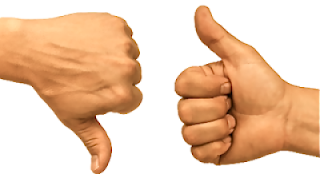 There's a silver lining, to all this: If and when I'm asked by an editor to make changes and resubmit, I can be pretty confident that if I do it, the story will be accepted. This has happened to me dozens of times over the years, and in every single case, my changes have resulted in an acceptance. Sometimes the revisions are small (style issues) and sometimes they're extensive (involving a character, or a scene, or a plot point), but I'm always fairly sure that if I accept their suggestions and do what I'm told, they'll buy the story. I realize a lot of writers are headstrong about this kind of thing and will argue about or even refuse most suggested edits, and while I admire their willingness to stand up for what they believe, I maintain that if they would bend a little and secure the sale and the paycheck, they'd be better off. Later, if and when they submit the story elsewhere as a reprint, they can always change it right back to the way they had it in the first place. (I've done that very thing, many times.)

As for examples of revision requests, I was once asked to change an ending such that the resolution was more clear, and another time I was asked to cut back a bit on the length of the opening so the real action in the story happened sooner--and it would've been hard to argue with either of those requests. Some revisions, though, are hard to swallow. Years ago an editor objected to my use of the sentence "Susan cut her eyes at him." She said, "Is that a Southern expression?" I told her I didn't know if was a Southern expression or not, but I agreed to change it. It became "Susan glanced at him," and the editor was happy. When I sold that story again, Susan--sneaky young lady that she was--went right back to cutting her eyes. 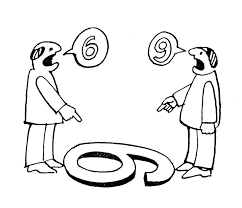 Most suggested revisions are truly minor, like inserting or removing a comma or deleting a "that" or changing a semicolon to a period. I always accept those without any fuss; what does it really matter? For some reason, the print edition of The Saturday Evening Post prefers using actual numbers in phrases like "20 feet" or "30 minutes" rather than spelling them out ("twenty feet," "thirty minutes"), and they always ask me to change those in my manuscripts. I might not agree, but it's also not my magazine and they're paying me for my story, so I happily let them do it the way they like.

What do the rest of you think, about all this? What's the hardest, or maybe the silliest, change that you've been asked to make, in a submitted manuscript? Do you usually feel such changes help the story, or not? How hard a line are you willing to take to defend your choices? Do those revisions usually result in a sale?

One last observation. I think I've mentioned before, at this blog, that after the first submission I ever made to The Strand Magazine, the editor phoned me, introduced himself, and said his staff liked my story but they had never heard of the type of poison I used to do away with one of the characters, and that I might need to change it. (I think it was something derived from the yellow osceola blossoms of East Africa, or some such thing.) Anyhow, he asked me where I'd found out about that poison. I told him I made it up. After an extremely long and (on my part) nervous pause, he said, "Okay." And they printed the story without any changes. As I believe I have also said before, publishing is an inexact science.

Maybe that's one of the things that makes it fun.