by Steve Liskow
Last Friday, Bob Dylan turned 78, so a bunch of my friends (Yes, I have friends; I pay them) got together to celebrate.

Everyone brought wine or pizza or dessert, and seven of us brought instruments. The hostess assembled a playlist of Bob Dylan songs to play in honor of the occasion, and she stipulated that we would play a few songs by The Byrds, too. I'm the only one of the invitees who has a 12-string, and never one to let good hubris go to waste, I tried to learn "8 Miles High."

I have four books of Dylan songs on a shelf with my other music. 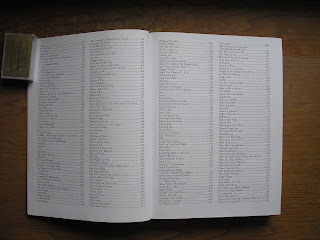 One tome contains over 350 songs, about a quarter of his output. His Wikipedia bio lists 40 albums and CDs, not including collections, and I didn't count how many songs have been recorded or covered by other artists. I first became aware of him through Peter, Paul & Mary, who had the same manager in the early sixties.

Like most artists learning their craft, Dylan borrowed or stole lyrics from other work, some in the public domain, some not. So did Paul Simon, the Beatles, Led Zeppelin, and a host of others. Some blues lyrics show up so often I could fill in evening performing songs that use a few repeated lines.

Dylan's first album is traditional folk covers, one of which is "The House of the Rising Sun." He copied Dave Van Ronk's version, not long before Van Ronk planned to record the song himself on another label. Their relationship became strained. He kicked Phil Ochs out of his limousine in midtown Manhattan traffic after the latter told him one of his songs would never be a hit. In the 70s, Joan Baez wrote "Diamonds and Rust" as a kiss-off to the guy who dumped her after she helped him get his own foot in the Hootenanny door. Hey, Richard Wagner and Mozart made enemies, too. No one's perfect.

Dylan took a huge risk in the mid-sixties when he left folk behind and turned to electric instruments for his more personal and experimental songs. He was booed at the Newport Folk Festival, among other places. One of the "Bootleg" album collections captures his 1966 concert in Manchester, England, where his backing group is the musicians later called The Band. It's a tense affair with a hostile crowd, culminating in someone from the audience shouting "Judas!"

Dylan responds with a line from one of his own songs. "I don't believe you. You're a liar." Then he turns to the musicians and an open mic captures his command. "Play f#*%ing loud." They launch into their encore, "Like a Rolling Stone," and leave the stage in silence so thick you can chew it.

In the early 1980s, Dylan became a born-again Christian, having already explored his Jewish roots (His real name is Robert Allen Zimmerman) in earlier work. He has never stopped exploring his identity and his world--or ours. I've used his work for two of my own titles. Blood on the Tracks is one of my favorite albums, and it's the title of the first Woody Guthrie novel. Postcards of the Hanging, a line from "Desolation Row," became the title of one of my standalones.

Dylan's early protest songs told great stories, many of them true crime sagas. "The Lonesome Death of Hattie Carroll" recounts the case of a black server in a Baltimore club who was fatally beaten by a drunk wielding a cane. The wealthy white man served six months in jail (Sentence deferred so he could harvest his tobacco crop) and paid a $500 fine. Dylan's song showcases his trademark sarcasm, fueled with righteous rage.

"A Pawn in Their Game" is about the shooting of Medgar Evers. Both that song and "Who Killed Davey Moore?" about a boxer who died in the ring after suffering brain damage, use the common folk device of asking questions and having a series of people claim their innocence by passing the buck. Dylan revisited the genre a decade later in "Hurricane," about middleweight Ruben Carter, jailed for the shooting of a clerk during a liquor store hold-up.

My favorite crime song is made up, though. "Lily, Rosemary, and the Jack of Hearts" features overlapping plots and a cast of characters taken from Western lore to tell of an unfortunate love affair, an unhappy marriage, a bank robbery and murder in about nine minutes (Sixteen verses). The backing band on that song includes the musicians who dubbed the music for the film "Deliverance." If you don't know the song, it's worth checking out on Youtube.

Over the last several years, I've played 25 or 30 Dylan songs live and several titles still fill my list of possible story titles for when I need them.

It's just a matter of time.

(Thanks to Maureen McFarland for the pix of the whole group and me with the Pauls)
Posted by Steve Liskow at 00:01