The Gary Phillips Interview– Part 2: The Be-Bop Barbarians and Beyond 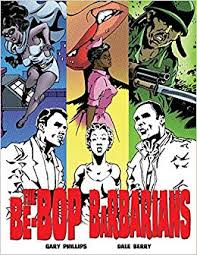 In Gary Phillips' graphic novel The Be-Bop Barbarians (Pegasus Books, 2019), three African American comic book artists, struggling to make it in the face of daunting racism, are caught up in 1955's burgeoning civil rights movement.  It takes place in Harlem, and happens at the moment when comics, jazz, and the civil rights movement were on the cusp of major cultural eruptions. Gary placed his tale at the point before all these elements exploded in new directions.

The Be-Bop Barbarians took my breath away. When I finished it I felt I'd just put down an important work. I don't feel you can read it without thinking about the tensions, racial and otherwise, that are happening in America now.

In Part 1, I got to talk with Gary about some of the historical elements that influenced The Be-Bop Barbarians. These included the civil rights campaign that was ignited by Rosa Parks at the end of 1955; the Sleepy Lagoon murder trial; and the real-life artists who were the inspiration for his three main characters. But wait, there's more! 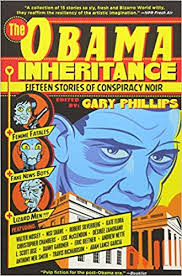 Gary Phillips: We've always had those who have been able to pull the wool over people's eyes and play into their audience's weird fears and night sweats, whether it's Alex Jones, or The Amazing Criswell, who was in Plan 9 from Outer Space. People are entertained by them, but some can get sucked in.

Just recently, there was this conspiracy around Nipsey Hussle and Dr. Sebi. [NOTE: Dr Sebi was a Honduran herbalist whose remedies were said to be a challenge to the medical establishment. He died in police custody.]  The rumor is that Nipsey was murdered because he was planning this documentary about Dr, Sebi, and big pharma took him out. These things always persist. Are there truths to them? I just worked on this show [Snowfall on FX] that purports that the CIA helped bring cocaine into South Central in the '80s. Do I believe it? Well actually I do believe it, but there are others that say it didn't happen. 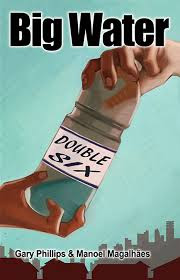 GP: Both of them, in various ways, deal with some parts of the socio-political landscape.  Big Water is about the fight, in a fictional municipality, to keep the water a public right as opposed to allowing the water rights to be sold to a private company. It was also about community organizing; it was about people coming together to work for a common cause.  Certainly we can see some of that in The Be-Bop Barbarians. That hearkens back to my days as a community organizer. Invariably my experience as a community organizer will show up in some form in my work. Not in all my work, but time and again it's a part of what I write about. For me it's still a fascination to place that world in the context of crime fiction. It's something I always come back to. It's the stuff I dig, it's the stuff I watch, read. Not exclusively, but it's the thing I always gravitate to. I guess I try to figure out ways to overlap those two worlds as seamlessly as possible. 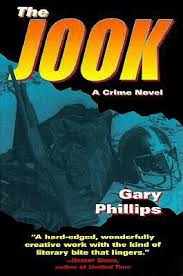 LM: In your work you often have heroes, or antiheroes, that are destroyed by forces that are much larger than them. I'm thinking of Zelmont Raines in The Jook (1999).

GP: (Laughs) He's also done in by his lack of impulse control.

LM: Other examples are Deke Kotto and Tim Brady from Cowboys (2011).

LM: Sometimes you've got heroes like O'Connor from Warlord of Willow Ridge (2012) who are able to make a difference and overcome these dark and powerful forces.

GP: There you go,  but only in incremental ways, right? Only these little tiny victories.

LM: Can one person make a difference? 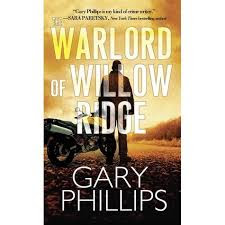 GP:Yes. The true heroic answer, Larry, is yes, one person can make a difference. They have to. From Martin Luther to Martin Luther King to Rosa Parks to Delores Huerta, yes.  Absolutely. But as we also know, no matter how much will and drive one has, which no doubt is important, which no doubt sets a certain standard for people to rally around, in the end it is about people working together and making these things happen.

I do believe that certain things happen because an individual steps out, or something happens to that individual, but then other things start to work together to make bigger things happen. So even if we talk about Rosa Parks that evening not going to sit in the back of the bus, she was actually not the first black woman to do that. The difference was she was a part of a bigger thing, the NAACP.  She'd already gone to non-violence training school. She was already part of something. This incident became the thing, like Ollie in the book became the thing that could advance some tougher work. It shows you have to have these mechanisms in place so that when something like that does happen, you're ready to act. You're ready to move. 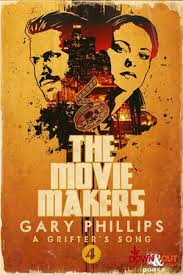 LM: You've got a lot going on this year besides The Be-Bop Barbarians. Let's talk about the The Movie Makers.

GP: It's out now. Down & Out Books is reviving the old serial thing.  It was Frank Zafiro's idea to center on a grifter couple, and they asked various writers to do a kind of, I guess it's not really a novella, it's too short.  It's an extended short story, a novelette. My story is twelve or thirteen thousand words, and we're doing these episodes centering on this grifter couple. Mine takes place in the land where make-believe is the coin of the realm, Hollywood. It's Harold Robbins meets Jim Thompson.

LM: I really liked your story "Demon of the Track" from the wickedly fun anthology Pop the Clutch: Thrilling Tales of Rockabilly, Monsters, and Hot Rod Horror that came out earlier this year.  I noticed that Ollie from The Be-Bop Barbarians and Deacon Coles from "Demon of the Track"are both Korean War vets. What was your inspiration for Deacon?

GP: Deacon Coles in "Demon of the Track was inspired by Ed Dwight. [NOTE: Ed Dwight was a military pilot with a B.S in aeronautical engineering.] Kennedy was pushing to have a black astronaut and Ed was put into the program. He faced opposition due to racism. When Kennedy got killed Ed got squeezed out of the program. He actually became a sculptor after all that. Ed Dwight has always fascinated me. I thought it would be interesting to take this guy and make him a jet ace during the war.  Because of racism, he can't get a job as a pilot. So what does he do? He starts racing cars.

GP: Coming up I have a co-writing credit on an episode of Snowfall on FX.

LM: John Singleton was one of Snowfall's Creators and Executive Producers. His sudden passing must've been a shock.

GP: Crazy that John is gone. Fifty-one is way too young, but he got a lot done in that time. He had a drive and a love for all kinds of stories, but of course he really made his mark telling a tale of South Central,  Boyz n the Hood (1991), where he and I grew up. As a Co-Creator of Snowfall, he would often be in the writer's room with us, or on set. John would crack me up because there'd be a time when he'd insist on this or that detail, but it would be about authenticity. In the episode I co-wrote there's a scene set in the projects. When the cops arrive he had me add the "crip whistle," a distinctive call-out that trouble was coming.  A seemingly small thing that did so much to capture that time period.

LM: You've written books, short stories, graphic novels, comics, and now TV.  Is it hard to switch between these different mediums? Is there another medium that you still want to explore?

GP: You're a storyteller, so you know that each medium defines how you tell the story. A script, as you know, is all short hand.  This is also the great thing about writing comic books and graphic novels. You have to think visually. Similarly in TV, you have to boil everything down. On Snowfall we'd spend hours of the day just talking about the motivation of the characters. Then you'd have to figure out how you'd boil all that down to this one thing. You'd have to get it right so when you're at the table-read the actors aren't saying, "What the hell are you talking about?" 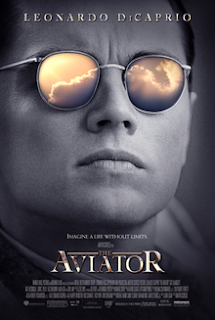 I always think about a scene in Scorsese's Howard Hughes flick The Aviator (2004). It's that scene where DiCaprio can't touch the door knob because of his own weird germophobia. It's such a great scene because it boils down so much psychologically about Hughes. Here's this guy who does all this incredible stuff, but he can't touch this door knob because it's full of germs and other people have touched it.

As a writer I'm always asking, "What are those things, those images, that one thing that will symbolize and crystallize what my character is about?" So whatever medium you're writing in, be it comic books, scripts, prose, or radio plays, whatever the hell it is, you just got to figure out how to convey the complexities in a simple and straight forward way, yet keep some of that richness that you want to maintain. I think we all try to figure that out as writers and storytellers. Not that you get it right all the time. You keep trying rework it and achieve that clarity on the page, or as presented by the actor, or what have you.

I'm very happy that I've been able to work in different mediums, and I hope to keep being able to do that.  It's always the next idea that fascinates me, or the next set of complications for my characters that keeps me going. Sally Wainwright, who wrote Gentleman Jack on HBO, said she likes to write the things that she wants to see. That's true for me, too.  I write the things I want to read or that I want to see. In my work, if I'm entertained, I hope others are entertained too, as well as intrigued. I also hope I've given my audience a little something to think about.

Gary was an initial believer in my debut novel Fast Bang Booze and helped it see the light of day.