Put Some Feeling Into It

Authors often hear the advice to write what you know. The advice is usually offered to make sure the author gets plot details right. You wouldn't want to write a story about a police officer if you know nothing about police procedure. You wouldn't want to write about skydiving if you know nothing about the sport. Getting details wrong annoys readers who knows those details. And you don't want that. You want readers to turn pages without noticing, to be enveloped by the story, not disengaged by errant details.
The beauty of such a predicament is you can find out what you need to know. You can interview police officers. You can go on ride-alongs. You can watch skydivers. You even could jump out of a plane. (The emphasis here is on you. I would not jump out of a plane for any amount of money. I like it when my stomach isn't six feet below the rest of my body.) Ultimately you can learn the information you need to provide a true reflection of whatever it is you choose to write about.

But correct plot details will only get you so far. If you want to write a story that readers love, you need to write characters that are real, and that means characters that react like real people do. This is what readers are talking about when they say they don't like two-dimensional characters. They don't want to read about someone who's all good or all evil. After a while, such characters become predictable and boring. Readers want to see the shades of gray. They want to see characters acting like real people do, with all the emotion that entails.

And the good part about all this? You don't need to interview people or go on ride-alongs to get these details right, though you can. (And is there a "right"? More on that below.) To get emotions and emotional reactions right, all you need are two things: a good imagination--which I hope you have if you're a writer--and you need the special sauce of solid writing, empathy.

First imagination: A good imagination will enable you to understand, to truly picture, whatever scenario you're writing about. And I don't mean to simply imagine the setting. I mean imagine who your character is in relation to the conflict in which you are placing him or her in that setting. You could write a setup involving an avalanche, for instance. A character who is an expert rock-climber would react differently to it than one who is a first-timer.

Now once you've got your characters established and your setup and conflict imagined, empathy enters the picture. You may have never been in an avalanche, but can you imagine how someone in that situation might be feeling? I hope so. Dig deep if you have to. Not everyone will react the same way, even first-timers. But react they will in some way. Some will be terrified. Some will be practical. Some might even be invigorated. If you truly know your characters, you should be able to empathize with each one and understand how he or she would react to different situations in thoughts, words, and actions. Showing those thoughts and how they impact the dialogue and actions is what brings the character truly to life. 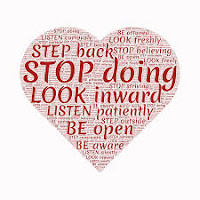 I dug deep, trying to make my characters real, when I wrote my newest short story, "The Case of the Missing Pot Roast," which came out last week in this year's Bouchercon anthology, Florida Happens. My main character's husband has been diagnosed with Alzheimer's disease. I've never been in that position, but I've watched friends and family dealing with a parent with such a diagnosis. So I've seen what the reactions can be. But even if I hadn't had this experience, I could imagine it. A character could be horrified, saddened, determined to do the right thing, or some or all of those things at once—or have some other reaction. If you can empathize with who your character is, you can understand how he would react to the situation he finds himself in. And then you need to show it in thoughts and dialogue, as well as actions.

In my pot roast story, my main character, Bev, becomes determined to care for her husband, Charles, in their home, despite that her doctor recommends otherwise. If I had just had Bev decide to care for Charles at home by herself without showing her reasoning, some readers might have gotten aggravated with Bev (or with me), thinking that Bev is reacting unrealistically or stupidly. But I do show Bev's thoughts in the story:

"I was determined to care for Charles in our home for as long as I could. He was my husband. My love. I owed him that."

Four simple sentences, but suddenly Bev's actions make sense. They are believable because the reader can understand where Bev is coming from.

There are a number of other things that happen in the story that might be hard to believe if you didn't understand where the characters were coming from. That's true for most fiction, books and movies.

In Gone With The Wind (not sure why this particular movie came to mind, but here it is), when Scarlet helps Melanie give birth, it might seem unbelievable considering how selfish Scarlet is and how much it must bother her that Melanie is giving birth to Ashley's son, but she does help. And the reader/viewer buys Scarlet's actions because the reader/viewer understands that Scarlet is doing it for a selfish reason, to look good for Ashley, but also for some non-selfish reasons: despite her best intentions, Scarlet has come to care for Melanie and some small bit of conscience is trying to push its way to her surface. 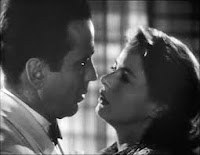 In Casablanca, Rick hated Ilsa for leaving him in Paris. He didn't know why she did it. But once he learned her reasons, he could understand because he could empathize with her. And suddenly she wasn't two-dimensional to him or to the viewer. And that made the story all the more interesting.

And readers, have you read any books or stories that affected you especially and unexpectedly because the characters felt so true to life? What was one and why?

And finally, if you want to read more about Bev and Charles, you can buy Florida Happens in ebook or trade paperback. Here's a link to the Amazon version. And here's a little more about the story:

"The Case of the Missing Pot Roast" is about aging with dignity. Bev and Charles live in a retirement community near the Everglades. Their home looks out on a lake in which an alligator named Romeo lives. The couple has always loved watching Romeo. But now Charles has been diagnosed with Alzheimer's disease, and Romeo has become a source of stress. And these two don't need more stress. When Bev gets injured, she hires an aide to help care for combative Charles. But then items start to go missing, and Bev doesn't know who she can depend on. A friend suggests the aide isn't trustworthy, but Bev begins to wonder if the real person she can't trust is herself.
Posted by Barb Goffman at 00:11