by John Floyd
I recently attended an annual literary conference held on the grounds of the State Capitol Building here in Jackson, Mississippi. It was fun as always, but I'm especially glad I went because it wound up serving as my replacement for Bouchercon this year. (I underwent abdominal surgery earlier this summer, and though I'm recovering well, I opted at the last minute not to make the long road-trip to St. Petersburg. In doing so, I missed out on (1) participating in a short-story panel, (2) signing with fellow contributors to the B'con anthology, (3) receiving in person an award during the Opening Ceremonies, and (4) visiting with a legion of old friends--but, under the circumstances, I think it was the right decision. And I thank you again, Michael Bracken, for agreeing to stand in for me and accept my award in my absence.) 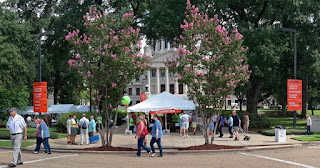 Instead of B'con, I ended up driving about a hundredth of that distance a few weeks ago to take part in our fourth annual Mississippi Book Festival. Almost ten thousand readers and writers braved the heat and humidity and intermittent thunderstorms to attend, and about three-fourths of those folks attended the more than forty panel discussions held throughout the day. Guests included Salman Rushdie, Karl Rove, Greg Iles, Richard Ford, and Jon Meacham. 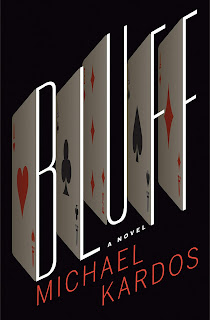 I was on two panels, one of them "Southern Writers on Writing," because I'd contributed an essay to an anthology of the same name, and the other "Life's Great Mysteries," which I also moderated. It's this second panel I'd like to talk about today, because my three fellow panelists were indeed great mystery authors, and wrote three of the most interesting and entertaining crime novels I've read in a long time.

The first, Michael Kardos, is the author of Bluff (Mysterious Press), a thriller that Kardos has described as "a heist book disguised as a poker book disguised as a magic novel." It's the story of disgraced magician and card-trick prodigy Natalie Webb, who's been reduced to performing for local festivals and birthday parties and lives alone with her pigeons and stacks of overdue bills. She teams up with another cardsharp to try to win a fortune in a high-stakes poker game with a group of Jersey big-shots, an operation which of course doesn't go as planned. Kardos, who has also written two other novels, a short-story collection, and a textbook on writing, is an associate professor of English and the co-director of the creative writing program at Mississippi State University. 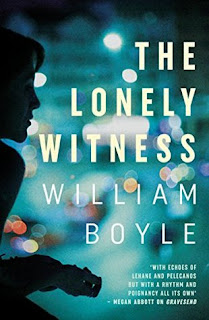 The second panelist was William Boyle, author of The Lonely Witness (Pegasus Books). Though not a sequel, this novel features as its protagonist a character introduced in Boyle's book Gravesend (which was also covered in one of Thomas Pluck's SleuthSayers columns)--and both stories are set in the depressing but fascinating Gravesend neighborhood of Brooklyn. A truly "literary" mystery, this novel features former convicts, wanna-be gangsters, almost-forgotten classmates, Italian and Russian mobsters, and working-class people struggling to survive. Boyle, whose work has been compared to that of Elmore Leonard, George Pelecanos, and Dennis Lehane, is also the author of the novel Everything Is Broken and the short-story collection Death Don't Have No Mercy. He lives in Oxford, Mississippi.

The third panelist, Stephen Mack Jones, discussed his novel August Snow (Soho Crime), which is the first in a series featuring Snow as an ex-Detroit police officer who--after being ushered out of the force for blowing the whistle on department corruption--returns to Detroit to try to prove his worth as a member of the community. The author has described this book as a novel of second chances--for Snow, for some of his drug-dealer acquaintances, and ultimately for the battered and crumbling neighborhoods of his hometown. A Detroit native himself, Stephen Mack Jones is a poet and a playwright, and was awarded the prestigious Hammett Prize by the International Associaton of Crime Writers. His work has also been nominated for the Shamus Award, the Nero Award, and the Strand Magazine Critics Award for Best First Novel. 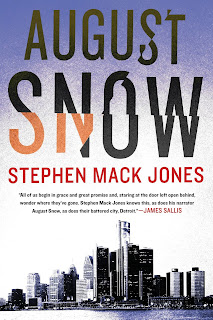 Two of these three novelists--Mike Kardos and Bill Boyle--I already knew; Stephen Mack Jones I'd not met before. All three made my moderating job easy and kept the audience interested throughout.

I encourage you to try their books--you won't be disappointed.
Posted by John Floyd at 00:01