Bye Bye Burt... the lesson of a good bad example.

Not commemorating his role as a human being, but on film he was inescapable during my formative years. My father admired him, probably saw himself in him. His Gator McClusky from White Lightning was an inspiration from Jay Desmarteaux, and the abrupt change in character and quality from that first movie, pre-mustache, to the abysmal sequel Gator, where he chewed gum and cackled the entire time, is a warning to us all of the dangerous power of fame and hubris. 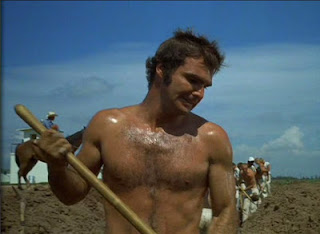 He became a joke in his later years after a string of overindulgent stinkers, and was roundly mocked by comics Robert Wuhl and Norm MacDonald. He had a comeback in Boogie Nights, under the direction of Paul Thomas Anderson. But one wonders if he needed to have a comeback at all, if he hadn't let his fame and Playgirl centerfold go to his head. See, I had to watch a lot of those stinkers. He was saved very often by his friends, such as Jackie Gleason in the Smokey & the Bandit movies, and the ensemble casts in The Cannonball Run films. I liked him, mimicking my father, until I watched the "blooper reel" credits of Cannonball Run 2 where he constantly abuses his co-star Dom DeLuise for flubbing his lines, smacking him in the face.


I guess that was okay because Dom was fat? DeLuise was more of an icon and hero to me after that than Burt ever was. Burt could act when he wanted to, but he never really accomplished anything other than being there in the era of his career when I first saw him. When I was old enough to watch Deliverance and White Lightning I saw some of his promise, but it never erased the smart-ass full of himself jerk that he was in Smokey, Gator, "The End," Stroker Ace, and countless other turkeys I was forced to endure on Sunday afternoons with Dad. I mean, I wanted to like him. He was irresistibly, effortlessly cool. What young boy doesn't want that? I'm thankful those blooper reels showed me what an ass he was, because those two things became inextricably linked in my young mind: People who are full of themselves turn out to be full of shit. 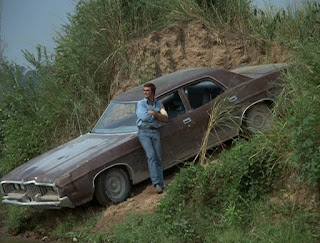 I think it's fitting that most young people today remember him being mocked on Celebrity Jeopardy on Saturday Night Live by Norm MacDonald than for his iconic roles. Let's face it, in the drive-in days of the '70s, we had a lot of auteur masterpieces but also a whole manure load of overly long celluloid excretions meant to keep kids off the streets and in movie theaters. I spent a year rewatching some of my old favorites and while many hold up, a hell of a lot of them don't. I think we'll find the same thing with a lot of these three hour long computer video game movies with spandex superheroes punching each other for twenty minutes straight. They're a novelty now, but looking back, some will be intolerable. (I think some, like Black Panther and Wonder Woman will hold up).

Most of Burt's prime years were wasted on crap like Gator, which is like watching a home movie of Burt on a swamp air boat for 120 minutes. But that doesn't mean his life is wasted. He made some memorable films and posing in that centerfold was daring. One of my favorite lines in fiction was written by Christopher Moore in his second novel, Coyote Blue, about an aging trickster: "Don't underestimate the value of a good bad example."

Burt was Mr. Bad Example. Don't let his regrets be in vain.

RIP, Mr. Reynolds. Thanks for the grins and the lessons in feet of clay.
Posted by Thomas Pluck at 00:00