Are Super Men Bad for Your Health?

I came across a quote from Oscar Wilde the other day, “Life imitates Art far more than Art imitates Life.” I am not sure I agree but it is certainly a thought that gave me pause, especially when coupled with a more contemporary quote out of Colorado. 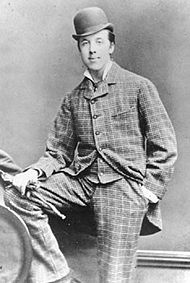 As part of its coverage of the political primaries, The New York Times interviewed a pastor out in the Centennial State who was distressed by recent limitations on the size of gun magazines. The reason, beyond the fact that 15-round magazines were readily available in neighboring Utah, was that the citizenry need to be able to resist the government and that this was supposedly why the founders included the second amendment.

Now, I grew up in a rural area, where most families had a rifle or a shotgun, including my non-hunting father, who, to the horror of visiting Scottish relatives, kept a rifle leaning against the wall near the back door. The clip was kept separately, and the weapon was strictly for rats in the barn, woodchucks in the garden, and the occasional rabid or distempered raccoon or fox. 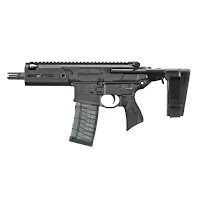 Other neighbors hunted rabbits, squirrels, pheasants – or the greatly-prized and in those days, rare, deer. No one, to the best of my ability, yearned for handguns, submachine guns, high tech sniper rifles or any other military grade weapons that now obsess a vocal portion of the populace. I  suspect that the men of my father’s generation ( WW1) and younger neighbors (WW2) had seen quite enough of military firepower.

Putting ancient history, modern opinion and Oscar Wilde together, I began wondering if it was true not only that “you are what you eat” as the hippies liked to say, but that “you are what you consume of all sorts of media.” For, while over the last 50 or so years, a smaller and smaller portion of the population has actually had to handle military weapons for real, the society has become more and more militarized and more and more fond of military gear, clothing and armaments.

Does this represent a realistic response to threats? Or is this in part the result of that popular fantasy, the super smart, super technically astute super guy who saves whatever needs saving, including the world. Or perhaps of the equally ubiquitous fantasies of current military thrillers, complete with all the latest death-dealing tech?

Sure, these are just amusements, along with the madly popular video games involving fantasy weaponry producing fantasy deaths. Yet attitudes have clearly changed, along with the entertainments, as reasonably realistic thrillers like Eric Ambler’s or clearly comic romps like the James Bond franchise have given way to super competent heroes, soaring body counts, and heavy weaponry in immensely elaborate and exceedingly well-promoted books, games, and films. 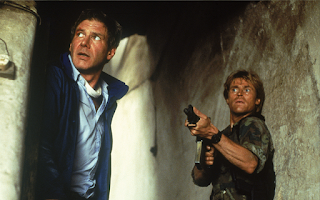 I suspect that these militaristic fantasies lie behind the Colorado pastor’s conviction that weapons – the heavier the better – can keep the citizenry safe from government encroachment as well as dangerous neighbors. That notion led me to the familiar lawyer’s question so popular with our genre: Cui bono?

The obvious answer is the gun manufacturers and the producers of ammo and gear, but I don’t think one has to be a paranoid conspiracy theorist to see that there are others who profit nicely as well. Ironically, the favorite villain of the gun fanciers –  corrupt, indifferent or incompetent governments at any level– stands to profit from the romance of the gun toting super man, along with the overly powerful corporate figures, home grown oligarchs, and corporations that sway so many of our political decisions.

So was Oscar right, does “Life imitates Art far more than Art imitates Life?” I don’t know but I suspect that the overwhelming power of the profit motive is giving Life a good kick in that direction, and that super men, particularly with guns, have not been the most wholesome entertainment.
Posted by Janice Law at 00:00