On Wednesday, May 7, 1718, the city of La Nouvelle-Orléans was founded by French explorer Jean-Baptiste Le Moyne, Sieur de Bienville, on land inhabited by the Chitimacha. It was named for Philippe II, Duke of Orléans, regent of France at the time. On May 7, 2018, we celebrated the city's 300th Birthday.

Known for her musical and culinary heritage as well as her laid-back lifestyle, New Orleans has a literary heritage. Don't have room here to list all the writers who were born here or lived her or came here for inspiration or for po-boys and muffuletta sandwiches – I took a morning to go around and photograph some of the places I could locate where some writers lived and worked. 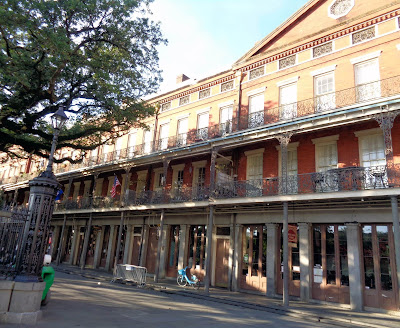 The long red-brick Pontalba Buildings on either side of Jackson Square house shops and restaurants along their first floors and apartments along the upper floors. They are often referred to as the oldest continuously-rented apartments in the United States. The Pontalbas were the first buildings to use lacework wrought iron balcony railings in the city, now a prominent feature of New Orleans architecture. 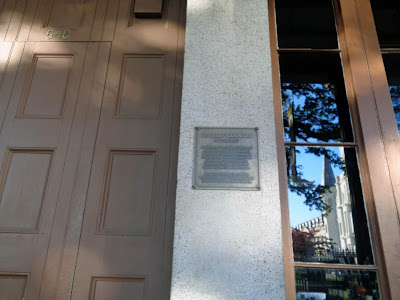 Where William Faulkner wrote his first novel, Soldier's Pay, is easy to locate on Pirate Alley, just across from Saint Anthony's Garden at the rear of Saint Louis Cathedral. 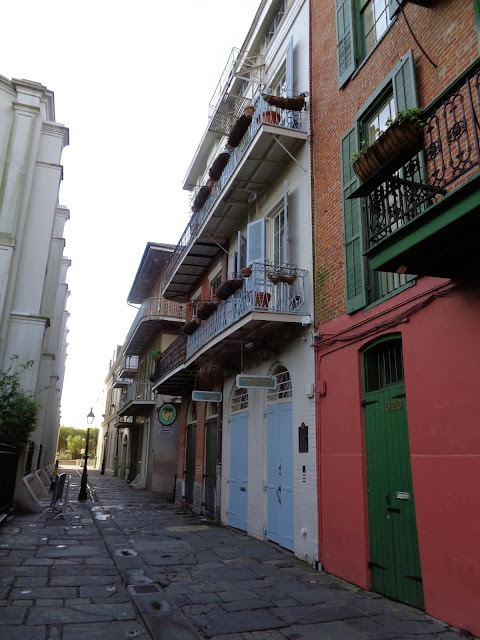 Built in 1840 as a French colonial prison, the narrow three-story building at 624 Pirate Alley now houses FAULKNER HOUSE BOOKS, an antiquarian bookstore specialzing in southern writers. Sitting on the second-story balcony, Faulkner wrote newspaper vignettes to support himself as he wrote his first novel SOLDIER'S PAY . 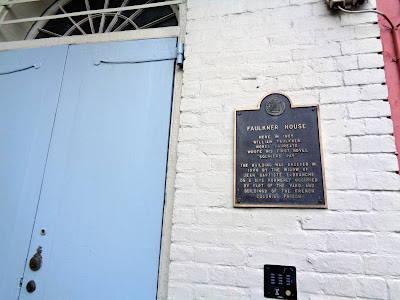 Built in 1842, the Avart-Peretti House at 632 Saint Peter Street was the residence and studio of Italian-turned-American citizen artist Achille Peretti who was also a sculptor and anarchist. In 1946-47, Tennessee Williams lived here and wrote his Pulitzer Prize winning play A STREETCAR NAMED DESIRE. 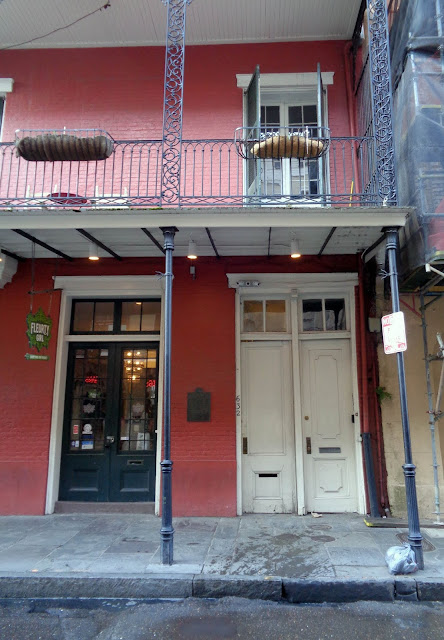 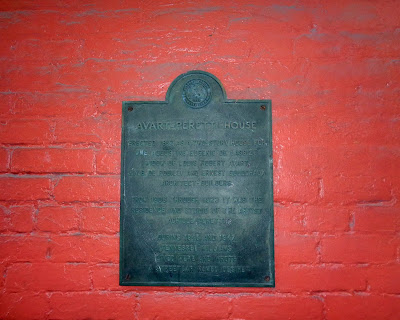 Tennessee Williams later bought a townhouse a 1014 Dumaine Street, still in the French Quarter and lived there on-and-off from 1962 until his death in 1983. In his MEMOIRS, he wrote, "I hope to die in my sleep ... in this beautiful big brass bed in my New Orleans apartment, the bed that is associated with so much love ..." 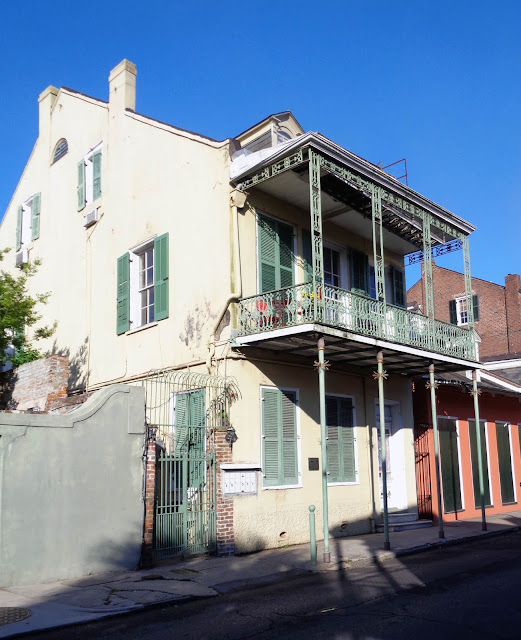 Just up the street at 1054 Dumaine, George Alec Effinger wrote his critically acclaimed science-fiction Budayeen books (WHEN GRAVITY FAILS, A FIRE IN THE SUN and THE EXILE KISS) and his Hugo and Nebula Award winning short story "Shrondinger's Kitten." 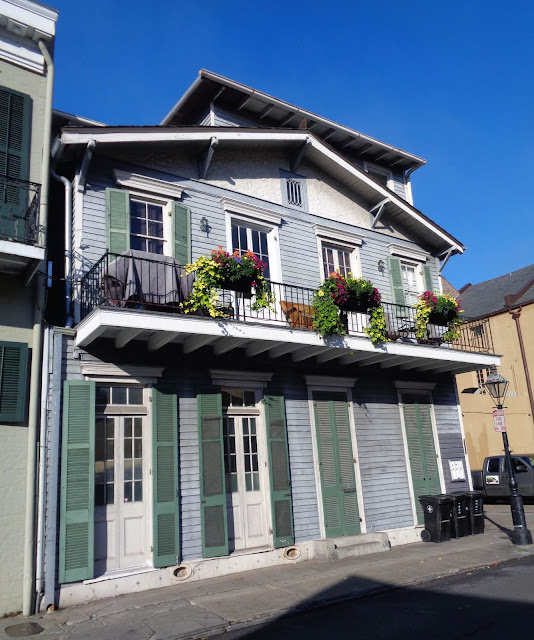 Still in the French Quarter, at 1113 Chartres Street stands the Beauregard-Keyes House (erected 1826) where Confederate General Pierre Gustave Toutant de Beauregard lived after the Civil War. Nearly a hundred years later, author Frances Parkinson Keyes (pronounced like 'skies') purchased the house and wrote numerous books there. Her famous New Orleans novel DINNER AT ANTOINE'S is a "least likely person" murder mystery, notable for playing fair with the reader with clues embedded in the novel to solve the case. 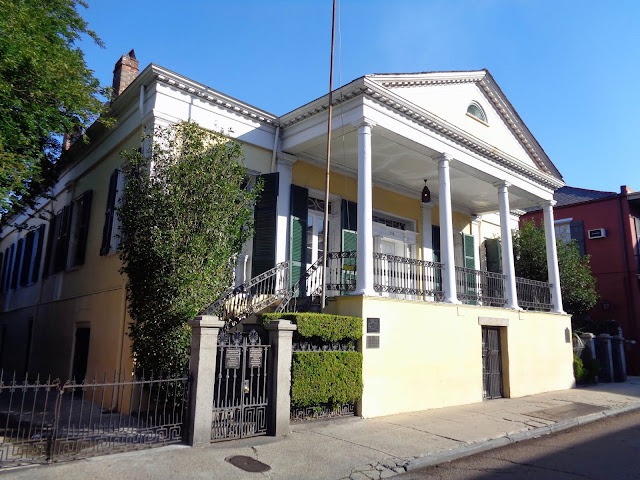 Across narrow Sixth Street from uptown's Lafayette Cemetery at 2900 Prytania Street stands a two-story yellow frame house with four square columns along its front gallery. Here F. Scott Fitzgerald lived in 1919-20, where he wrote his "Letters to Zelda." 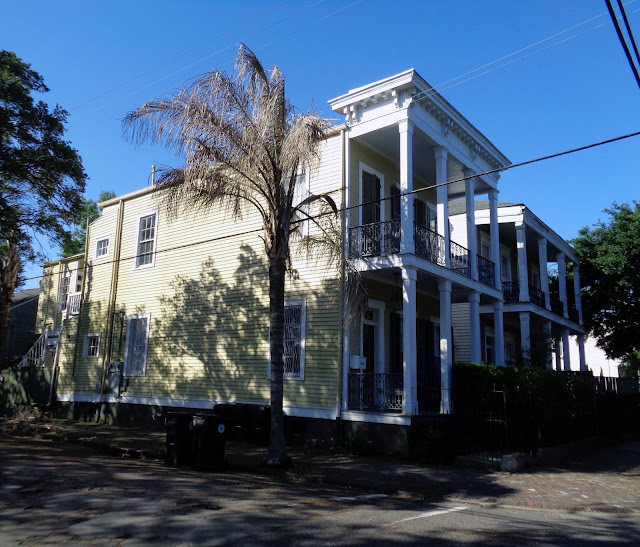 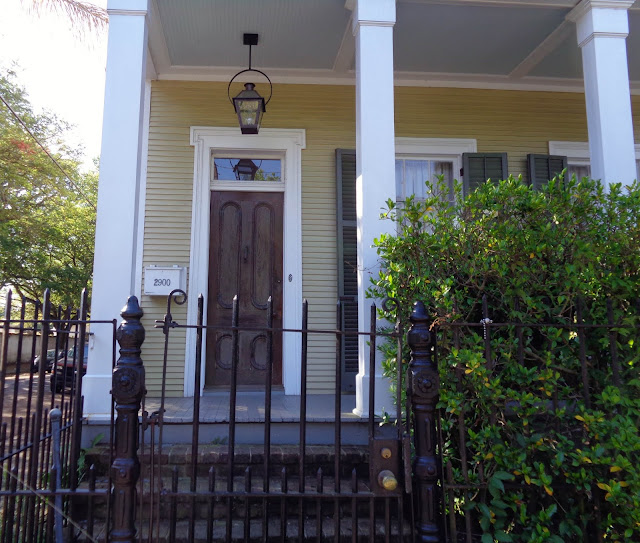 After the Hurricane Katrina disaster, Dutch engineers and scientists came to New Orleans to examine the levee system. They made suggestions on how to keep the water out of the city. After all, they've done a good job keeping the North Sea out of the Netherlands. Their suggestions were not implemented. Too expensive. So the levees were patched up and with rising ocean levels and future storms, we'll see if New Orleans will be around for another 300 years.

Our writings, along with photos and films, may be all that's left of New Orleans in the future.