The making of a psychopath - A vignette 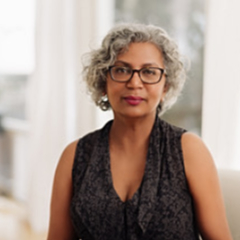 If Leigh Lundin suggests an article topic, it is always one that is both intriguing and complicated. His ideas keep me up at night. They get under my skin.

When Leigh asked me what creates a psychopath, I knew that was a question worth tackling. It is too big a question to answer fully. I would, however, like to present a small vignette, a window into this issue: please let me introduce Phineas Gage and the ventromedial prefrontal cortex, or VMPC.

In 1848, a railway foreman named Phineas Gage, had a horrific accident. An explosion shot a metal rod shot through his head. If you look at the diagram of how the rod entered his brain, the fact he survived was remarkable. At first it appeared that Phineas survived the accident with his physical and mental abilities intact. However, as time passed, it became increasingly clear that his personality changed. He went from being a well-liked, balanced man who was socially adept, to being socially inappropriate and uncaring.


What is interesting for the purposes of our question, is that Phineas developed an ‘acquired sociopathy’, or ‘pseudo-psychopathy’. Since then, we have noted that lesions to this part of the brain have left other people with similar impairments, with otherwise normal intellectual function. They have an absence of empathy. They lack interest in the well-being of others.

Every area of the brain is a true team player. No area functions independently, each receiving inputs from many areas and sending outputs to many areas. So, to just talk about one area is a little odd but for the purposes of this essay, I will treat the VMPFC as a sole player. It deserves a spotlight and to take centre stage. 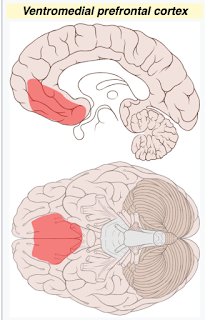 The VMPC does not come fully developed at birth. It grows and develops, most rapidly before one year of age, and continuing during early childhood.

The VMPC changes in response to the relationships the baby has which can either enhance or diminish its growth.

Enhancing the VMPC growth comes from being loved, with hugs, holding and – most importantly – a responsive adult who says, hey, you are hungry, scared, alone, in pain, let me help. I will hold you, feed you, take care of you. That interaction is the opposite of neglect. It is love in action. And love for a baby is always love in action. From this, the baby gets the social information to form connections later on, and the happiness bathes the VMPC with growth enhancing substances released by the brain.

If an infant is neglected, the VMPC does not grow as successfully, in part, because of the lack of social information and growth enhancing substances. The rest of the story is that the stress of being unattended bathes the baby’s brain in the stress hormone - cortisol - that has a corrosive impact on brain development. This is not an all-or-nothing situation. However, true neglect, like that found in infants raised in orphanages with no interaction, results in true deficits. In some severely neglected infants, we find a functional hole in not just the VMPC, but in the area around it called the orbitofrontal cortex.

Abuse is another way that the VMPC gets damaged. The VMPC of a frightened infant will be bathed in corrosive cortisol and that does not bode well for future empathy.

Now that I have introduced a few of the players in the crafting of a psychopath, I would like to emphasize another one: nuance. Many neglected and abused people do not turn into psychopaths. There is something in the severity of the early experiences and also, likely, a genetic predisposition.

A final thought. For mystery writers, the issue is often about murder and, quite frankly, most murders are not committed by psychopaths. The vast number of murders are committed by people who forget to look into someone’s eyes and see another person. This can be momentary or it can be part of a general lack of empathy. So, nuance means that people who are neglected and/or abused may have a deficit of empathy that allows them to commit murder.

If Phineas and the VMPC have another lesson to teach us, I believe it is that we need to treat our infants well. We all make mistakes as parents but if, on balance, we love them, hold them and don't let them live in fear, we are likely to grow that part of the brain that allows them the most human gift of all: empathy.
Posted by Mary Fernando at 00:05