I read recently in a newspaper about a study into the range of emotions human beings can experience. The study turned up 27 of them. And this was a study undertaken by the University of California Berkeley, and not some random list drawn up by two men in a pub over a pint.

Generally, it's been held that there are only about a half dozen core emotions, e.g., anger, disgust, fear, joy, sadness, surprise.

This study expanded on that.

In short, the researchers at Berkeley sat 800 volunteers down in front of video monitors and asked them to report and rank the emotions they felt when watching 30 short (silent) video clips. The clips included all manner of things, including births, deaths, marriages, sex, spiders, scenic wonders, natural disasters, and awkward handshakes (and probably, Donald Trump's hair).

In short again, they found that the responses they got to the clips were multidimensional. No one clip produced one single emotion. In fact, a clip could elicit a variety of "feelings" in the viewer. And each of these feelings constituted an individual and unique emotion.

For example, a clip of a man on tightrope walking between two mountain cliffs brought in the following response from the subjects: Fear 55%, Anxiety 45%, Admiration 9%, Aesthetic appreciation 9%, Amusement 9%, Entrancement 9%.

I don't want to get into an analysis of how they made their findings or drew their conclusions, but I think I can sum it up: Humans are complex creatures; our responses to stimuli are never one dimensional. 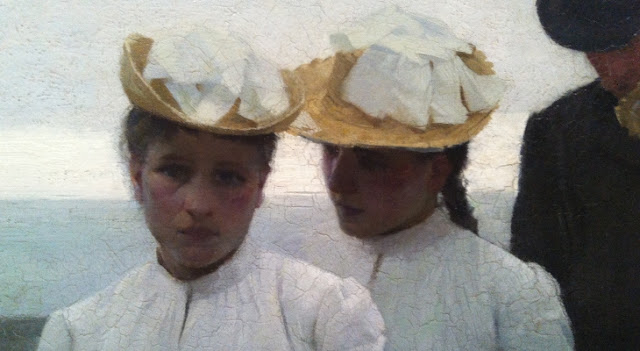 My real interest here, and reason for writing, is the LIST they drew up. And here it is:

And I like the concept of multidimensional emotional responses to stimuli. It's a good reminder to write characters that have depth and are of more than one emotion. If a character has only one emotion, he's not real, he's a transparent plot device.


www.StephenRoss.net
Posted by Stephen Ross at 00:00