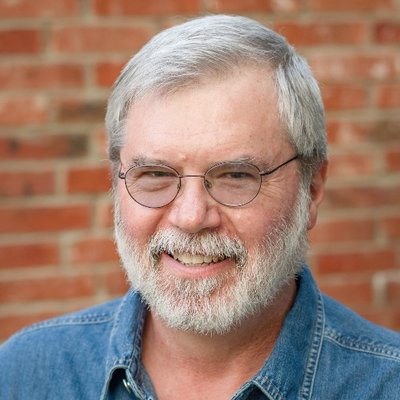 I have every rejection I’ve ever received.

Though today’s rejections are nowhere near as physically varied as the ones I once received through the mail, I continue to print out emailed rejections and file them with all the other rejection slips, which now fill most of a filing cabinet drawer.

Of course, a personalized rejection still means “no.”

My goal was to collect acceptances, not rejections, so I persevered: A single rejection the first year, four the second, 34 the third, and a whopping 74 the fourth. They came in all sizes and shapes, from scraps of paper containing a simple scrawled note (Sam Merwin, Jr., rejecting a story sent to Mike Shayne Mystery Magazine) to four-color full-page form rejection letters that cost more to print than I earned from many of my earliest sales.

Most rejections provided little information beyond the preprinted message. Others contained checklists where editors, by one or more strokes of the pen, identified the way or ways my story failed to engage them. Still others provided handwritten words of encouragement: “Not bad,” “Fine writing,” and “Try us again.”

The best—though they were still rejections—were the long notes and letters providing detailed reasons for rejection and providing suggestions for improvement. Sometimes, they even provided lessons on writing: Gentleman’s Companion editor Ted Newsom’s page-and-a-half letter on the value of writing transitions rather than using jump-cuts springs to mind, as do several letters from horror anthologist Charles L. Grant and several incredibly detailed, multi-page letters from Amazing Stories editor Kim Mohan. (Note: I placed two stories with Ted Newsom and one with Charles L. Grant, but I never did place one with Kim Mohan.)

And one rejection, from Mystery Street, may have been my first encounter with fellow SleuthSayer O’Neil De Noux!

THIS IS YOUR BRAIN ON REJECTIONS

During the 40-plus years I’ve been writing, my stories have been rejected by 71 mystery periodicals—the five that existed in the 1980s and 66 more since then—and an uncounted number of mystery anthologies, including both print and electronic publications. (Note: In “Poster Child,” my recent guest post at Something is Going to Happen, I actually name the many mystery periodicals that have come and mostly gone since I began writing short mystery fiction.)

Though the majority of rejections are in response to short story submissions, mixed among the many early rejections are those for articles, essays, fillers, poems, and short humor. I was shotgunning the market back then, trying anything and everything, and hoping something stuck. (And not every rejection generates a rejection slip—Woman’s World, for example, does not send rejections—so I’ve received more rejections than rejection slips.)

Rejections mess with your head. Being told no 2,552 times is quite disheartening. Some writers give up after the first few dozen. Other writers receive rejections and only become more determined. Many writers play rejectomancy, attempting to read between the lines of every rejection. (Aeryn Rudel, in his blog Rejectomancy, which I follow, attempts to decode and rank rejections into various tiers, from “Common Form Rejections” to “Higher-Tier Form Rejections.” Though most of Aeryn’s data comes from the horror, science fiction, and fantasy markets, the information he provides is both entertaining and informative.)

REJECTION-FREE IS THE WAY TO BE

Were it not for the lessons I learned from those long, detailed rejection letters, I may have become one of the many would-be writers whose shattered egos and unpublishable manuscripts litter the literary highway. Lack of ability quashed my music career and my artwork never gained traction, so I focused my creative energy on writing and, over time, began to accumulate acceptances: 1,584 of them (more than 1,200 are for short stories).

That’s one acceptance for every 1.61 rejections and, yes, I’ve kept every acceptance letter, postcard, note, and email. Those I file with hardcopies of my manuscripts and, when I get them, with copies of the actual publications.

I had a hot streak a few years back, when almost everything I wrote sold on first submission. My ego expanded exponentially, but then I realized something I should have realized long before that: If everything is selling, I’m not challenging myself; I’m taking the easy path to publication.

So, I began writing stories that stretched my abilities, either by working in unfamiliar genres or by submitting to higher-paying and more prestigious markets. The acceptance-to-rejection ratio shifted, and not in my favor. I placed a few stories, and just in time because two of my sure-sale markets ceased publication and several anthology editors with whom I worked stopped editing anthologies.

So, as I continue stretching my abilities and my stories continue facing the submission gauntlet, my rejection collection grows, taking ever more space in my filing cabinet. Luckily, so does my acceptance collection.

A trio of recently published stories survived the submission gauntlet: “Plumber’s Helper” in The Saturday Evening Post, “My Stripper Past” in Pulp Adventures #28, and “The Mourning Man” in the March/April Alfred Hitchcock’s Mystery Magazine. (Note: Joining me with stories in this issue are two other SleuthSayers: R.T. Lawton and Robert Lopresti.)
Posted by Michael Bracken at 00:01