Just Another January in South Dakota

I don't know if this made the national news, but the South Dakota media was all over the story of a 72 year old SD man, Daniel Lucas, who snow-birded in winter to Arizona, and who never came back last spring and was missing.  Well, they found him.  He killed himself in his car, they say.  His head was in a box, and his body down in a canyon in Maricopa County.  So how did he get dismembered?  Well, apparently a homeless man, Mattew David Hall. found him in his car, dead, and rather than call the police, he moved the body but kept the head to prove that he hadn't killed him...  And kept it for a long, long, long time...  They say that Mr. Hall has mental issues.  Yah think?  I think the guy kind of looks like Nick Nolte, so there's casting if they ever make a movie of it.

Moving on, we South Dakotans have our own Kremlin connection!  We're so proud.  Paul Erickson, of Vermillion, SD, is a long time Republican campaign operative.  He worked in SD for Trump, and in 2016 Erickson claimed he was on the Trump presidential transition team.  Which is why he sent an email during the 2016 NRA convention to then-presidential candidate Donald Trump with the subtle subject:  "Kremlin Connection":

"Putin is deadly serious about building a good relationship with Mr. Trump. He wants to extend an invitation to Mr. Trump to visit him in the Kremlin before the election. Let's talk through what has transpired and Senator Sessions' advice on how to proceed."

No one knows if that meeting took place:  Sessions told the House Intelligence Committee he didn't remember the request.

Okay, so Erickson is also connected to Russian gun rights advocate Maria Butina, who's worked for the deputy governor of Russia's central bank, Alexander Torshin, and who ran a pro-gun group in Russia supported by Torshin.  Erickson and Butina formed a limited liability company called "Bridges" in South Dakota in 2016 (I don't know if it was before or after the Kremlin Connection e-mail), which has an address in a Sioux Falls apartment building and no known actual purpose.  (Can't even find it on the web, dag nabbit.)  So - according to McClatchy news outlet, the FBI is investigating whether Torshin funneled money (thru Butina, thru Erickson?) through the NRA to help fund the Trump presidential campaign. The NRA spent $55 million on the 2016 election with $30 million of that going to the Trump campaign.
Gentle reminder:  The reason this matters is that it's illegal to use foreign money to influence federal elections.  (Thank you, Angela Kennecke for your investigation!)
BTW:  Check out this post from South Dakota's own Cory Heidelberger, with photos of Ms. Butina speaking all over South Dakota, including the Teenage Republicans Camp in the Black Hills, where a number of past and current South Dakota legislatures were counselors, or just there for the party.  Including Mr. Erickson...

Our South Dakota Legislature is back in session, and the legislation is coming out thick and fast, and piling deeper and higher.  Some of my personal favorites so far:

HB 1144, which makes it easier for city councils, county commissions, school boards, and other governmental bodies to do their business behind closed doors, especially if they're "Consulting with legal counsel or reviewing on communications from legal counsel about proposed or pending litigation or contractual matters.”  (Someone's trying to do something they don't want anyone to see...)

HB 1102 started as a bill to require as much as a year in jail and a $2,000 fine for creating any replica of the Great Seal of South Dakota that did not include every detail specified by state law, including the state motto, “Under God the People Rule.” (See image to the right)

Well, the ACLU and most of us South Dakota smart-alecks had a lot of fun with that (google freely), and it's since been amended to ban renditions of the seal that are “greater than one-half inch in diameter and used for an official purpose or a for-profit commercial use” while at the same time making it clear that HB 1102 does not apply to “or limit any artistic or satirical use of the seal.”  More fun is still being had, because how can you resist shooting ducks?  (This is funnier up here, in Ducks Unlimited territory.)  Google freely. 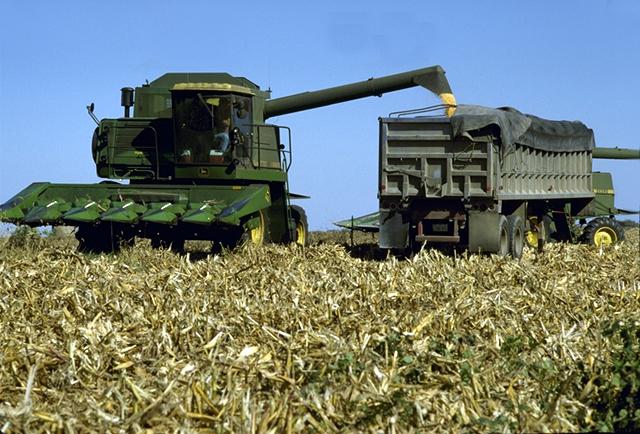 State Representative Drew Dennert wants to make hunting, fishing, trapping and harvesting wildlife a constitutional right, that "shall be forever preserved for the public good" in HJR 1005, and make "Hunting, fishing, and trapping...  a preferred means of managing and controlling wildlife."  Still trying to figure out the "harvesting" part.  I can just see it now - hunters fighting against farmers in combines in the corn fields over the pheasants:
"I'm hunting!"  "But I'm harvesting!"  And shots ring out...

Meanwhile, a Mr. Levi Breyfogle of Rapid City has proposed a new Constitutional Amendment that would make all "victimless" crimes unchargeable:
"(1) A charge of a violation may only be filed by a victim whose person or property has been physically damaged by the defendant. If the victim is incapable of filing a charge of a violation, a family member may, but only if the victim does not object; and  (2) The damages must be physical, quantifiable, and have already occurred."
(Someone's done something they don't want anyone to know about...)

But enough of that, back to the news:

Local News:  On January 24th, in an improbably appropriate move, a woman crashed into the Billion Car Care Center.  Meth, not alcohol, and there were also 2 children under three in the back seat, who were unharmed, and are now "in the care of a family member."  Thank God.  BTW, here in South Dakota, if you get arrested, you get to do the walk of shame in jail stripes., which is then broadcast on the nightly news, and she looked shell-shocked, to put it mildly.  Whether it was the situation she finds herself in, or that she hadn't had any meth in over 24 hours, I don't know.

The latest scam:  Perhaps because they saw the EB-5 and GearUp! rifling of federal dollars, Tobias Ritesman and Tim Burns (long-time Brookings developer) cooked up a new company, Global Aquaponics which was going to be a high-tech fish farm near Brookings, SD.  (check out their website here!)  They were going to grow fish and shrimp in tanks, and use the "nutrient rich" water to grow vegetables.

And apparently there were quite a few people who weren't bothered by the lack of experience in shrimp farming available in the High Plains, because they managed to raise a few million dollars. (P. T. Barnum was so right.) But a year later, while the ground had been (barely) broken, no tanks were being built, and there was no sign of anything but a nice office downtown in which Mr. Ritesman went slightly off his nut one day and wanted to know about Bitcoins while waving a gun in front of a tech consultant. Let's just say that everyone got ripped off, and Mr. Ritesman and Mr. Burns are facing federal charges.

In the "we should have known" department: Mr. Burns was involved in the EB-5 scandal. (Thanks again to Angela Kennecke at Keloland News)   And Mr. Ritesman claimed to have won the same "Entrepreneur of the Year Award" as Steve Jobs and Elon Musk.  He didn't, but apparently no one checked before investing.
(BTW, this proves that there's a reason why Frank L. Baum made the Wizard of Oz a humbug and a conman in his earthly life back in Kansas and other parts of the Midwest.)

National News:  So, no fish, no shrimp, no vegetables in nutrient-rich water.  But we do have radium, at least in Brandon, SD.  Radium, which is (1) radioactive, (2) killed Marie Curie, (3) can occur naturally, and (4) has been in the city's water for decades. It's also not uncommon across the country. An analysis by EWG (go here for an interactive map) found 170 million people exposed to radium from drinking water in 22,000 utilities nationwide.  Brandon's radium level doesn't exceed federal guidelines.  What's amazing to me is how much (and many) poison(s) you can have in your drinking water before it exceeds the guidelines  Look it up some time.


Well, that's all from South Dakota, where we talk like Mayberry, act like Goodfellas, and the crazy just keeps on coming.

My husband just looked this over and suggested, "Sponsored by the South Dakota Tourism Department".

I think your husband has a real inspiration there: what about a South Dakota Crime Trail?

Keep the head to prove you didn't kill the guy. I'll have to remember that next time I....

Janice - I'll have to keep that in mind.

Paul - you really can't make this stuff up, can you? That's the weirdest alibi I've ever heard of.

Me, I'm still reeling from the whole Kremlin connection, especially since I just added a link (complete with photos) Ms. Butina was a speaker at a Teenage Republicans Camp, complete with a ton of current/former SD legislators...

Eve, with all the weirdness you're bringing forth, I'm starting to think I'm lucky to have made it out of South Dakota alive. We'll have to talk in person some time about other stuff.

Would love to, R.T. Let's do that some time!