Is That All There Is?

Why did over 100 million people watch the Super Bowl last week? Certainly, many of them were rooting for the Eagles or the Patriots, but many of them just wanted to watch the last football game of the season, featuring two good teams, to see who won.

That's it, isn't it? The final score. As writers and readers, that's what we care about, too. How the story ends.

How often have you heard someone say, "Well, the story was pretty good, but I hated the ending." Mickey Spillane said the first chapter sells the book and the last chapter sells the next book. It's hard to argue with that. If you don't like a book by an author, how likely are you to pick up another one?

The punchline of a joke should make us laugh. If we don't laugh, it's not a good punchline or ending. Simple, huh? 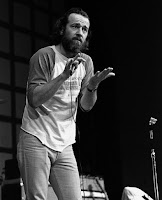 Obviously, if you go to a production of King Lear or Romeo and Juliet expecting lots of pretty girls doing a kick line at the end, you're going to be disappointed, but most people have a clear idea of what to expect. You set up the expectations, so you should meet them.

There are only a few kinds of bad endings.

The first is the Letdown, which I see more often in short stories than novels. The story, usually quasi-literary, doesn't really go anywhere, and it finally stops completely as though the writer has reached the word count he was aiming for. Sometimes, the ending is ambiguous, bit it's usually more indecisive than anything else. "The Lady or The Tiger" 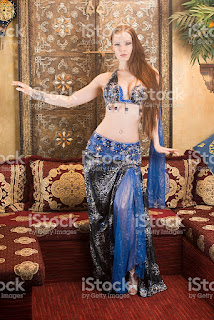 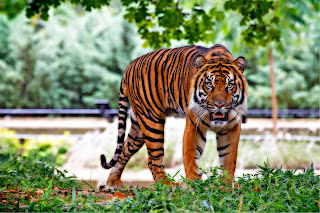 Several excellent writers end their books with something left unsaid, but they give enough information so we can figure out what happens offstage or after the curtain falls. My recent novel Before You Accuse Me ends with Woody Guthrie and Megan Traine discussing the consequences of the crime they've solved. We don't know exactly where the fallout will land, but we can make several solid guesses, none of which involve those pretty girls and kick lines.

Another bad ending involves a deus ex machina, the information that comes out of nowhere at the very end to tie things together (Thomas Hardy and Nathaniel Hawthorne got away with this constantly--or maybe not: we don't know about the after-life yet). In mysteries, this may be the missing piece of information we didn't even know was missing. One Ellery Queen novel has a solution built on our not knowing that the murder victim wasn't really a twin: he was a triplet. That's cheating. If you can't even give the reader a hint, look more carefully at your plotting.

Does anyone remember the TV show Burke's Law? One episode ran long, so they cut another minute to fit in the last commercial...and accidentally deleted the clue Gene Barry cited in the final solution. I understand the TV network's switchboard lit up like a nuclear blast that night. 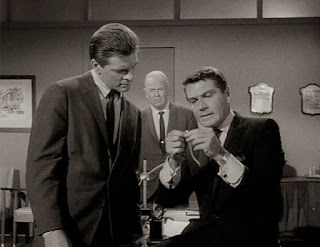 Another ending is the one built on inductive reasoning instead of deductive reasoning. The detective (Rex Stout used to do this with Nero Wolfe all the time) starts by positing that a particular person is guilty, then looks for information to confirm that theory. It's too much like the police deciding person A did it and overlooking exculpating evidence. At Crime Conn several years ago, a detective who worked cold cases told us, "A cold case always happens because someone made a mistake." More often than not, some piece of evidence was overlooked or misinterpreted. Call it art imitating life if you want, but I disagree.

The opposite, which I see less often is the Perfect ending. The writer gives us intricate subplots and tons of detail, and none of it is extraneous. Every single miniscule thing fits together to create the main denouement. It's impressive and very difficult, and at some point I see the author's hand turning the characters into puzzle pieces instead of people and the thread suspending my disbelief starts to unravel. If it fits together more tightly than a Wagnerian crescendo, it's too much.

OK, so what does an ending need? That's pretty simple.

Your opening should make the reader ask questions about the plot and characters. Your ending answers those questions. It resolves the issues, just like a song should end on the beat and on the tonic chord. It will feel complete.

Remember "I Want You (She's So Heavy)" from the Beatles LP Abbey Road? It repeats the last melodic figure over and over and over, but instead of fading out, it ends suddenly...NOT on the beat or the tonic note or chord. It's a jarring musical joke. You're not the Beatles, though, so you can't get away with it. 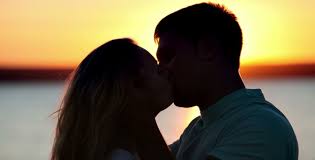 Death works, or jail. Time travel might work, too, but that gets into sci-fi, and that's a different union.

If you write comedy, the reader should laugh. Especially at the end.

Even if you write a series and you're planning the next book, this one should have a definite end to the current issue. Some issues can continue, but win this battle and carry on the war next time. Don't make me buy the next book to figure out how this one ended. I'll be ticked enough not to buy it.

Or maybe by the time that next book comes out, I won't even remember that I cared. That's one of the perks of getting old.
Posted by Steve Liskow at 00:01