From the Strand to the Subway: An Unplanned Journey


by John Floyd
Like most short-story writers, I don't hit a home run every time I go to bat. Some of my stories sell to good markets and some don't, and even though I try hard to make every story as perfect as I can make it before typing THE END and sending it out into the world, it's difficult to predict which ones will be successful and which ones won't. Most of them eventually pay their way, but sometimes they have to be revised a bit before they do. 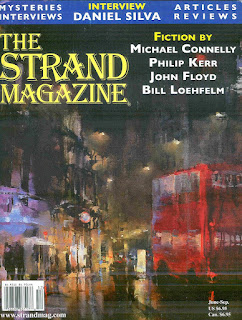 Occasionally, though, you do know--or at least have a feeling--that what you've created might be on target. I remember feeling that way while writing a story called "Molly's Plan," in early 2014. It was a 5000-word story about the robbery of a supposedly theft-proof bank, and was unusual in several ways: the bad guys were the protagonists, it had very little dialogue, everything happened inside an hour or so, and the POV changed at least four times. But I liked all that, and I liked the suspense and the surprises in the story. When I finished it I mumbled a prayer to the submission gods and sent it to editor Andrew Gulli at Strand Magazine.

Andrew bought it, and it appeared in the June-September 2014 issue of The Strand--the 10th of the 16 stories I've published there. I was pleased by the sale and by the positive feedback I received from readers over the next few weeks, but what I didn't know was that even better times were ahead, for this story. In the months that followed, Otto Penzler notified me that "Molly's Plan" had been selected to appear in the 2015 edition of The Best American Mystery Stories; Kirkus Reviews had glowing things to say about my story; a Hollywood agency inquired about film rights; several college teachers requested permission to use it in their fiction-writing classes; and my publisher included it in a sixth collection of my short mystery fiction. A Russian literary magazine even contacted me recently with an offer to translate and reprint it in an upcoming (2018) issue of Inostrannaya Literatura. I suppose my little bank-heist tale has done well for itself.

NOTE: Before you get the impression that I think I'm the fattest goose in the gaggle, I should point out what one magazine editor told me years ago, in his rejection of what I thought was an outstanding science-fiction submission. He said, of my ten-page story, "You should've stopped on page 5." That'll bring you back down to earth pretty fast.

What I'm getting around to describing, here, is yet another opportunity that came out of nowhere, this past spring. I was informed that "Molly's Plan" had been nominated to be part of a New York Public Library initiative to bring digital short stories to library patrons and public transit commuters, and I received confirmation the other day that it has now been selected for inclusion. My story will become part of the NYPL's permanent digital collection and will be available via a library mobile lending app called SimplyE. (Here's how it works: when commuters log in to the subway wi-fi network they'll be directed to a library website where there'll be various collections of fiction and nonfiction, similar to a Netflix queue.)

Apparently the driving force behind all this is Plympton, a literary studio in San Francisco. They format the stories into Ebooks, design covers for each, and create cataloguing data. They anticipate launching similar "literature in motion" projects with library systems in Chicago, San Francisco, Toledo, Salt Lake City, Boston, and Pittsburgh, and "Molly's Plan" will be available in each of these. Here's the cover they've chosen to use: 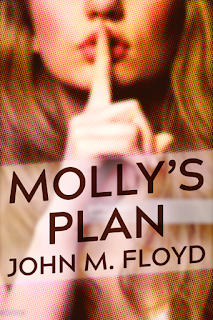 One of my old schoolteachers told me there's a lesson to be found in every experience you have, and one thing I've learned as a writer is that--with a little luck--short stories can take on a whole new life after publication. (I'm reminded of a column here at SleuthSayers the other day by my friend R.T. Lawton, whose AHMM story "Boudin Noir" was recently resurrected in Otto Penzler's The Big Book of Rogues and Villains.) Published stories can be selected for "best-of" anthologies, reprinted in collections, nominated for awards, translated into other languages, produced as plays, made into movies, etc., etc. They might even be read by passengers on the subway.

What's been your experience with previously-published stories? Have some of yours been recognized with nominations or awards, or reborn in collections or anthos? If so, were they always stories that first appeared in the bigger publications, or were some discovered in lesser-known markets? Do you actively submit your previously-pubbed stories to reprint venues, or have those opportunities appeared out of the blue, via invitations or selections?

I'll close by saying that this to-infinity-and-beyond kind of thing doesn't happen all the time, but it does seem to pop up more often than you might think. There are no guarantees: I believe all of us realize that we might strike out the very next time we step up to the plate. Your newly-written story might not get published at all, and if it does it might appear someplace once and that's it. But you also might get a hit that clears all the bases. You might put together a story that delivers over and over, and makes you proud for years to come. And that's a good reason to keep trying.