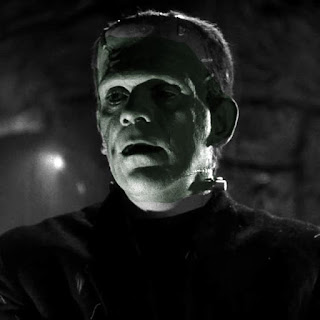 It was a dark and stormy summer, 1816, rather the year without summer. Fourteen months earlier in the Dutch East Indies, Mount Tamboro blew nearly a mile off its top, 1450 metres, the most powerful volcanic explosion in recorded history.

Twelve thousand people were killed immediately. Another 60 000 to 80 000 subsequently died of starvation.

Volcanic ash erupted high into the atmosphere blanketing the skies. Southeast Asia was plunged into the blackness of night for over a week.

More than a year later in the eerie half light of the Northern Hemisphere, birds nested at noon. The Americas and Europe experienced massive agriculture failures. Zealots predicted the End Times were nigh. Switzerland was not immune.


“Never was a scene more awfully desolate. The trees in these regions are incredibly large, and stand in scattered clumps over the white wilderness; the vast expanse of snow was chequered only by these gigantic pines, and the poles that marked our road: no river or rock-encircled lawn relieved the eye by adding the picturesque to the sublime,”

She would go on to write one of the most infamous monster tales in modern literature. Two days before her novel was published, she married another writer and poet she’d been living with for two years, Percy Shelley. Mary Godwin became Mary Shelley, author of Frankenstein; or, The Modern Prometheus.

A Charming House of Horror

In that non-summer of 1816, Percy Shelley rented a house near Lake Geneva for himself, his fiancée Mary, their toddler son ‘Wilmouse’ (William), and her six-month younger stepsister, Claire Clairmont, sometime lover of (and pregnant by) Lord Byron (yes, THAT Lord Byron) who happened to rent a nearby villa. His entourage included his physician, Dr John Polidori, who played a part in events that unfolded.

That dark and dreary summer turned out to be a platinum mine of ideas as these innovative geniuses sat around drinking and talking philosophy, politics, and poetry. As candles flickered and lightning slashed the sky, Lord Byron seized upon the frightening atmosphere. He proposed they each write a ghost story.

Early in the wee hours, Mary awoke from a nightmare. She’d dreamt of a mad scientist who sparked new life into a hideous figure. Within a day, certainly within a week, she began jotting initial notes of a story that would become world famous.

Lord Byron, while failing to meet his own challenge of a ghost story, nevertheless wrote his famous poem, Darkness. Meanwhile, Dr Polidori began writing a supernatural story of his own that would also become well known.

Under a Frankenstein Moon

A small but intriguing mystery surrounded the dates of Byron’s challenge and when the writers actually set to work. Researchers became interested partly because of the prominent writers and poets involved, but also as a sort of test of the veracity of Mary Shelley’s writings: Could her claims of events be taken as factual, or was she prone to exaggeration or invention?

Academics from Texas State University, including literary specialists, astronomers, and a faculty physicist, descended upon Cologny, a canton of Geneva. From clues in the notes of Mary and her companions, scholars were able to verify Shelley’s notes and further pinned down dates of events detailed in the table below.

Universal didn’t innovate the mixing and matching of monsters. I mention the Dracula character because that night in 1816 planted the germ of what would become the first modern, romantic vampire tale. Inspired by Lord Byron’s challenge, John Polidori began writing The Vampyre, eventually published in 1819. 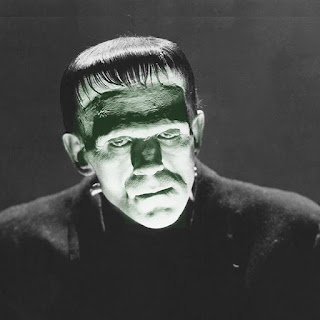 Here an unpleasant twist took place. Polidori showed the manuscript to Ekaterina, Countess of Breuss. Without the knowledge of Polidori, the countess, or more likely her friend, a Madame Gatelier, turned the story over to Colburn’s New Monthly Magazine, where it was serialized starting in April 1819 under Byron’s name: The Vampyre: A Tale by Lord Byron. Thereafter, it was published in book form, again failing to credit Polidori. Both men protested. By the second edition, Polidori’s name finally appeared as the author, but not before his premature death. Debt-ridden and depressed, Polidori had swallowed cyanide.