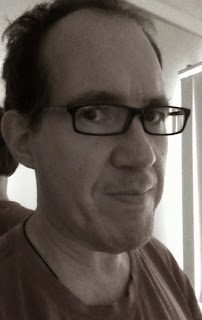 Picture this: A large, empty, cavernous movie theater auditorium in the depths of winter. I'm in a jacket and scarf, and my breath is visible. It's a matinee screening and no one else came. The lights go down and the ruby red curtains part. A soulful saxophone echoes: a four a.m. version of Procol Harum's A Whiter Shade of Pale. Up on the screen, a man sits in profile in a darkened sitting room and smokes a cigarette. He's contemplating the universe, or he's about to face a firing squad.
This is a memory burnt into my mind. And I am lately reminded that it happened thirty years ago.

Thirty years ago, Kevin called me up on the telephone. "You should go see it," he said. He'd called to tell me about a movie that had opened a couple of days earlier. I don't remember his exact words, but I remember his enthusiasm, and the movie was Withnail and I.

A couple of days later, I sat alone in that aforementioned empty movie theater: The Embassy; a cold, uninspiring Art Deco building of creams and off whites. It used to stand on the corner of Lorne and Wellesley Streets in Auckland City, and it was a proper movie palace: wide, a couple of levels, big fat chocolate leather seats (and not a darkened shoe box like most cinemas today).

"What the hell was that about?" Francine asked, two weeks later, when I suggested we go see it (me for the second time), and we did, and we sat in a café afterwards.

The movie is set in England in 1969 and it's about a lot of different things, and to describe any one of them would do disservice to the others. To my mind, it's about as close to a book as any movie has ever gotten. When I close a good book, I'm left first with a mood, a feeling; it's taken me somewhere emotionally. Remembering scenes and moments (and the plot) comes later.

Essentially, Withnail is the story of two actors. They've graduated from drama school and are looking for work. They're unemployed and the world owes them no favors. In fact, the world seems to offer no hope whatsoever. The world is crumbling.

This can be read as a metaphor, and it's the key to the movie's popularity (it flopped when it was first released, but it's since become a perennial favorite; a cult classic). We've all been there. The waiting. The what next? The what do I do now?

It doesn't matter the career or chosen path, be it actor, writer, musician, or ________ (fill in the blank). Most of us have found ourselves, at some point, standing at the crossroads wondering what the hell do we do next?

Do I wait for the phone to ring? Do I go out and hustle? How does this thing work?

And there is no right answer. And Withnail doesn't provide one.

That's the trouble with most movies today. There's always a right answer: it's provided for you, usually in triplicate, and underlined. You can watch and "understand" most movies today without almost any assistance from your brain.

I'm not arguing that Withnail & I is the greatest movie ever made, but it takes you somewhere, if you want it to. And I will argue that it's one of the more sharply written and better acted.

Withnail ends in Regent's Park, London. It's raining. It's a miserable day. One of the actors has left to catch a train; he has secured a job. The other is left drunk at the bars of the wolf enclosure, his future uncertain. He recites the what a piece of work is man? monologue from Hamlet. The wolves are uninterested. 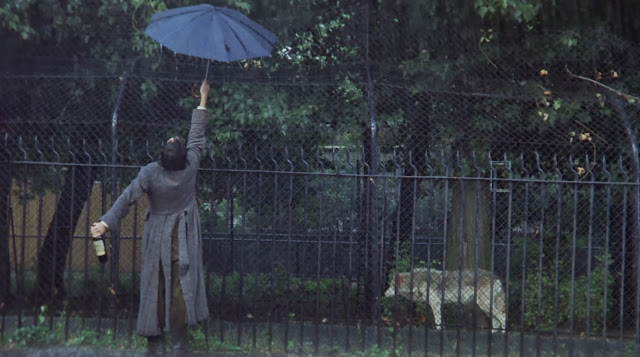 Withnail & I is about whatever you want to find in it.