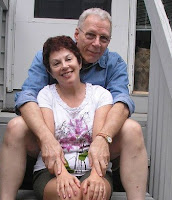 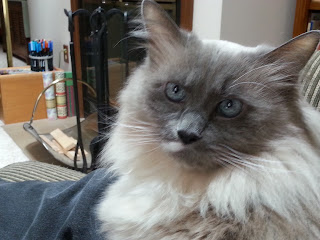 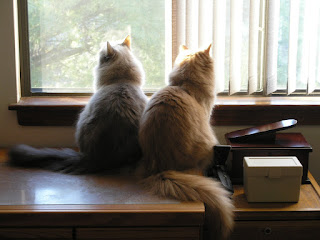 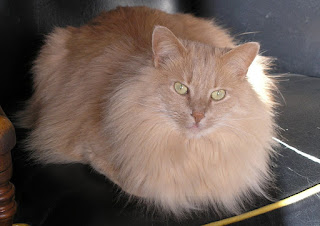 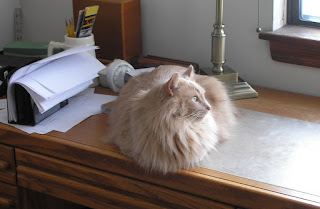 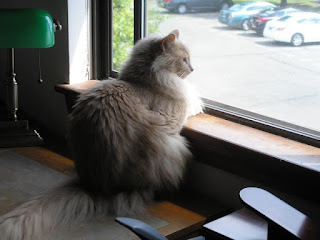 Congratulations, Steve and Barbara, on your anniversary! And I hope the meds you're giving your cats are helping out. We've had animals, cats and dogs, that we've had to do similar things with and it's hard to watch dealing with infirmities of one kind or another. Anyway, I wish you and them the best of luck!

My wife turned me into a crazy cat guy. She had cats when we met and we've had cats ever since. I started putting them in my stories. No, they don't solve murders but they add drama, humor and insight into human characters. They communicate and interact and sometimes confuse things. I gave my first lead character two greyhounds retired from racing and they add so much to the character's life. The main characters of three of my other serieses have cats. Our cats. The ones who live with my wife and I. It's a nice collaboration.

Congratulations on your anniversary!
I hope your cats will do well for a few more years at least.

Happy anniversary, Barbara and Steve. Thanks for mentioning Callie's Great Dane, Big Boy. In the next Callie Parrish mystery (due out in September), Big Boy is kidnapped. Readers ask if Big Boy is a real dog. He's based on my first Great Dane whose name was Brutus. At this time, I don't have a cat or dog, but I do have a saltwater aquarium with creatures I love. My favorites are the golden seahorses. Years ago, I had a fish that would swim to the top of the water to be petted. The seahorses don't do that, but watching them move gracefully through the water creates feelings of peace and comfort.

Congratulations on your anniversary, Barbara and Steve. I've always said that dogs see themselves as inferior humans, while cats see humans as inferior cats. Dogs adore; cats order. That saying, I've had two cats that each lived to be over 18 years old, and took up much of my adult life, and I was their obedient servant in all things. :)

Eve, I agree with your hierarchy of dogs-humans-cats. We met an older chocolate lab yesterday that a friend just adopted from a rescue shelter, and he's great, but Ernie has the personality of a lab or a golden in training. And he doesn't need walking.

The only year Barb and I were without a cat was the year we were in mourning for Persephone, an orange tabby that lived to 20 before succumbing to all the slings and arrows that fur is heir to. We were starting to discuss adopting two cats when my daughter visited and commented that the place felt strange without a cat or two.

Fran, Big Boy kidnapped? Oh, wow. I actually had one early draft of a novel with a girl wanting an Ur-version of Woody Guthrie to find her missing cat. It morphed rapidly. I keep thinking I need to do more with Meg's cats, Bonnie and Clyde, who had large parts in another book that seems less and less likely to get written as I learn more about this stuff.

And thanks to everyone on the anniversary congrats.