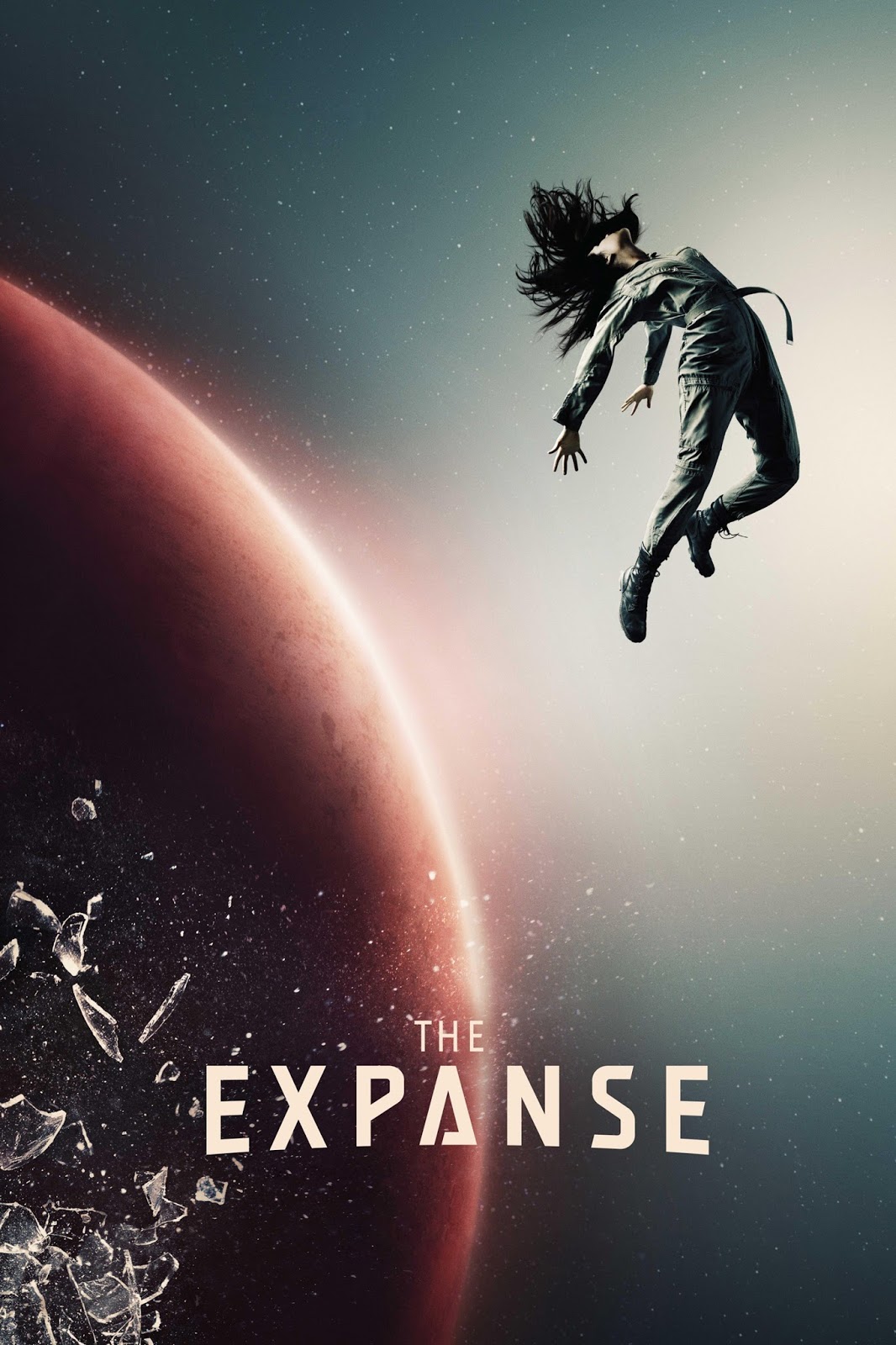 A month ago, when Barb Goffman wrote about new television shows, she touched on the sci-fi series, Timeless which, in my opinion, is pretty good as long as they keep SOS out of it.

Becoming an adherent of hard science fiction was foreordained– my first or second adult novel in the third grade was Fritz Lieber’s Gather Darkness (serialized 1943, published in book form 1950). I still keep that novel. Part of its technology of light wave cancellation is under study ¾ of a century later– Harry Potter’s cloak of invisibility could become a real thing one day.

Mysteries and sci-fi formed two great genre loves, and their golden ages lived for me. Blade Runner, The Man in the High Castle… stories like those formed the bookscape of middle and high school.

The term ‘hard’ science fiction defines the purest form harking back to the golden and silver ages. At one time, adherents adopted ‘SF’ to distinguish the real stuff from the lighter fare enjoyed by science fantasy and space opera (e.g, Star Wars) fans, but others resented the co-optation of sci-fi.

This may surprise to those who aren’t yet fans: Hard sci-fi isn’t about monsters or wookies or paranormal. Hard science fiction is about society and ‘what’s possible’ propositions.

The Science of Imagination

One unspoken maxim rules sci-fi… the science must either be real or at least possible. That’s why Superman would be classified more as science fantasy because the physics doesn’t compute. Writers can exploit an exception– they may devise a universe with its own physics as long as the science can logically and consistently be extrapolated.

Consider Michael Crichton’s Jurassic Park (1990). Dinosaurs in modern times? What could be sillier? Except Crichton knew his biology. He delved into considerable detail (in a clever Disney Epcot-like presentation) how dinosaur DNA might be trapped in amber. DNA has also also been recently found in mammoth bone marrow, so these ideas lie within the realm of possibility.

Likewise, Crichton’s 1999 Timeline might seem preposterous to congressional and cabinet appointees to science and environmental committees, guys who failed sixth grade Creationism in the Classroom. Facing a career as vacuum cleaner salesmen, they opted to enter politics specializing in the myths of global climate change and those unexplained mysteries of female fertility. Crichton, in fact, based the premise on actual physics experiments of space-time teleportation.

Those then-current experiments in space-time underlaid “Think Like a Dinosaur”, a subtle, almost tender, bitter-sweet episode of The Outer Limits, (2001, S07E08) which had nothing to do with dinosaurs. The program explored ethics and commitment through a vehicle of love and quiet despair.

Dashiel Hammett’s and Raymond Chandler’s stories touched upon socialism and capitalism gone bad. We’ve read that Ross MacDonald’s works were a commentary on the indolently wealthy 1%, and Dennis Lehane writes about a civilization uncaring about about cops, crime, and corruption. These societal undercurrents– intended or not– are a side-effect of their crime writing. In contrast, the best science fiction centralizes social themes as the core thrust.

For example, 2001, A Space Odyssey reimagined evolution of the human species. Soylent Green and one of my favorites, Silent Running, dealt with a society increasingly indifferent about pollution, over-population, and food shortages. Why fictionalize these issues? The creators want you to care while largely avoiding the politics of the day.

My attention was drawn to the 2015 SyFy television series, The Expanse. Sporting a title in homage to Star Trek, it’s based on the novels of James S.A. Corey, nom de plume of writers Daniel Abraham and Ty Franck. (Their pseudonym combines their middle names.)

The Expanse skipped 2016 but returned this year for a second season, which is running now. A third series is in the works for 2018.

The Expanse… within thirty seconds it hooked me. The music… the dark theme– trust me, this program is so Stygian, it makes noir look like Easter pastels in kindergarten.

The cast includes an intriguing classic detective, Josephus Miller, who channels the quintessential Marlowe and Spade. Another fascinating character is the assistant undersecretary to the UN, Chrisjen Avasarala, played to perfection in the smoker’s voice of actress Shohreh Aghdashloo. A third complex character is Colonel Fred Johnson, former UN Marine and accused war criminal who runs a ship-building base at Tycho Station.

And then we have the crew of the Rocinante, kind of a Firefly on steroids. (Firefly was a great but short-lived sci-fi series also made into a movie.) The crews take a while to set aside their trust issues and realize the innate decency of the others.

To my surprise, I came to like the character of Amos Burton, a marine and mechanic, extremely devoted to his colleague Naomi Nagata. ‘Character’ is the key word. Appearing as a man of deceptively simple outlook and tastes, Burton wins over the audience and crew thanks to his private code of loyalty, decency, bravery, and level-headedness. He’s the kind of guy you wouldn’t want to marry your sister until you suddenly realized how wrong you were and what a great man she’d miss out on.

A kind of perfect resolution unexpectedly came about in the midst of season 2 titled “Home”. (S02E05) It achieved an unheard-of 9.6 rating in IMDB. At the moment, I’m enjoying a break from viewing, savoring the episode.

The Science of Silence

Last week, John wrote about guilty pleasures. I can’t say space battles do much for me, but The Expanse is enjoyably different. Mainly, it’s much more realistic. For example, rail guns, capable of high ‘muzzle’ velocities, are a real ‘thing’. The US Navy electromagnetically launched projectiles without the aid of chemical propellants or explosives at 8600kmph, seven times the speed of sound, double the speed of a very fast bullet. Think of a hi-tech slingshot powered by magnets.


Kids! Build a railgun on your kitchen table!

The shows contain a few mistakes, including a deliberate one. Like every movie and television show ever filmed, you hear the roar of rockets, the sounds of gunfire, and the boom of explosions in outer space. Except… space is absolutely silent. Alien capitalized on this with the tag-line, “In space, no one can hear you scream.” Space movies would be boring without sound effects and a lot of foley artists would find themselves out of work, so phony sfx are forgivable. (2001 might have used silence in the outdoor scenes.)

Earlier, I rattled on about societal themes in hard science fiction. What are the underlying social issues of The Expanse? Politics, greed, exploration and exploitation, war and weaponry. Look for a scathing side note vis-à-vis the amoral symbiosis of Werhner von Braun-type Nazi technocrats as exploited by Germany and then the Allied Powers.

Like I said it’s all about society.
Posted by Leigh Lundin at 00:00

A good piece. Not TV but certainly full of hard science is Cixim Liu's magnum opus- in every sense of the word-that begins with The Three Body Problem.

Thanks, Janice. I'll have to track that down.

Leigh, it's been a long time since I've read much science fiction, but when I was younger I was addicted to Asimov, especially his robot novels. What's your opinion about those?

Bonnie, I liked the robot stories and indeed, Asimov's robot laws have become pertinent today. I started reading the Foundation Trilogy when I was a teen, but for some reason never finished it. Asimov remains one of sci-fi's greats.

First, as someone who has watched General Hospital on and off since I was twelve years old (and has only missed perhaps a month's worth of episodes in total in the past twenty years), I take respectful objection to your SOS terminology. Sure, not all TV shows are good, and not every episode of any TV show, including soaps, is stellar, but soap operas get dissed a lot when they often don't deserve it. I've learned a lot about plotting and suspense from General Hospital, and it's taught me the importance of character-driven storytelling. (Because when they've run plot-driven stories, and had characters act in ways that run afoul of who the long-standing characters truly are, it doesn't work, and pisses off long-time viewers like me.) So make your friend Barb happy and give soaps a break!

As to your Jurassic Park reference, that is freaky weird, because I was just thinking about that yesterday. I was watching an old episode of Star Trek: Next Generation, and they were mentioning an animal that had become extinct. And I wondered if in the future there will be technology to un-extinct some now-extinct animals, just as they had done with dinosaurs in Jurassic Park. What do you think?

Hey Barb. I wasn’t so much dissing soap operas as I was plot-driven series that turn to soap opera elements when they run out of ideas (or plot). Keeping with our sci-fi theme, we saw some of this in Star Trek, The Next Generation. As much as I admired TNG, they began matching and mixing Crusher, Worf, Troi and Riker in what seemed unrealistic ways. In other words, it was the mirror of what you were saying about General Hospital’s experimenting with unrealistic plot elements, where TNG dabbled in peculiar romantic attachments.

To answer your question, I do expect to see extinct animals cloned. I suspect the mammoth might be one of the first. I wouldn’t be surprised to see the passenger pigeons brought back and possibly the dodo. Przewalski horses have been brought back from extinction through reverse breeding programs.

There has been degraded DNA found in the marrow of dinosaur bones, but reconstituting a dino from that could be a huge problem. One problem I haven’t heard discussed in bringing back extinct species is an animal’s personal ‘biome’ for lack of a better word. Animals (including humans) contain specialized bacteria and even fungi in the intestinal tract and even in tear ducts. Some of these ‘friendly germs’ have either gone extinct or evolved as their hosts evolved. If a mammoth embryo was implanted in a modern elephant, would the bacteria successfully transfer?

I enjoy hard SF - but my favorite series was Star Trek: Deep Space Nine. I loved the issues of war, religion, fanaticism, etc., that all boiled over and over and over again.

And prejudice. We all love Ferengi.