by Steve Liskow
On March 18, Chuck Berry passed away at the tender age of 90 years and 5 months. All the media featured glowing eulogies and long articles about his influence on rock and pop music and how his guitar style became the fountainhead of rock, paving the way for everyone from George Harrison and Keith Richards to Jack White and Ted Nugent and a million unknowns like me.

It's true that Berry popularized licks that Robert Johnson and Elmore James had made blues cliches. What's easier to overlook is that Berry was a terrific lyricist who turned two-and-a-half-minute pop songs into short stories that resonated with his young audience. He gave teens in the Fifties a voice with dozens of songs that became rock standards, and he showed a whole generation of songwriters who followed him how to do it.

F. Scott Fitzgerald once told his daughter that to learn to write English prose, one should compose a perfect English sonnet. He said the form is so rigid that the writer has to learn to work within the constraints. Berry did him even better, working within the boundaries of a simplified music form that demanded he also match the rhythm and melody to the mood and meaning.

Berry was nearly 30 when he recorded "Mabellene," his first hit, backed by members of the Muddy Waters blues band. That song borrowed from a country song called "Ida Red," but Berry added a guitar lick that imitated a car horn. He also added a plot involving cars and speed and unrequited love. The Beach Boys would ride this formula into the ground a few years later, with Carl Wilson imitating Berry's guitar on "Fun, Fun, Fun," "409," "Dance, Dance, Dance," and several other songs. 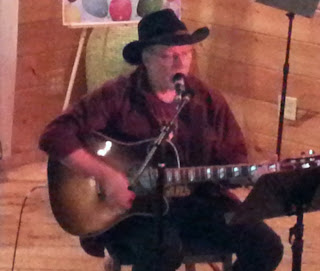 Berry knew about isolation and angst, too. Don't forget, he was a black kid growing up in St. Louis when segregation was still the norm. He knew about not having it all, and he understood the pressures to survive. "Almost Grown" tells us about small victories and small dreams, all he dares to have:

"School Day" captures the feel of being stuck in a big urban school where he's just a name in a grade book, if he's even that. Millions of kids knew what he meant when he said:

"American Hist'ry and Practical Math, You study 'em hard and hopin' to pass.
Workin' your fingers right down to the bone, And the guy behind you won't leave you alone."

He's added conflict to the mix, as all good story-tellers do. And the savior is rock 'n' roll:

"Soon as three o'clock rolls around, you finally lay your burden down...
Drop the coin right into the slot, you gotta hear somethin' that's really hot."

And there's our resolution, finishing with the line "Hail! Hail! Rock 'n' roll!" 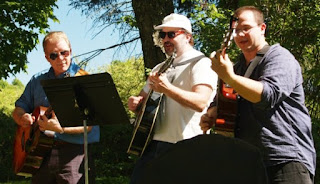 "No Money Down," one of his lesser hits, tells of a fast-talking used car salesman who offers outrageous deals to get our hero into a flashy new car and out of "that broken-down raggedy ol' Ford."

Berry constantly uses contrasts to make his point. Sometimes it's verbal, but sometimes he sets happy music against a serious story. "Memphis, Tennessee," covered by Lonnie Mack as an instrumental that lost the irony, and later by Johnny Rivers, tells the understated story of a broken marriage as a father tries to reach the little girl he no longer gets to see:

That song is from 1959, when most acts were still singing about sunshine, lollipops, and rainbows. Berry is addressing more serious topics.

Humor helps him balance the hopes and reams that crash into the reality of color and youth. But things will change. When we learn more, the dreams get bigger. Berry's signature song was "Johnny B. Goode," about a little country boy ("Colored" originally, but he changed it to get radio air play) who

"...never ever learned to read or write so well, but he could play a guitar just like a-ringin' a bell."

This song has the archetypal Chuck Berry riff and the variations show up in song after song. If you were a kid of the time--like the Beatles, the Stones, the Yardbirds, the Beach Boys, the MC5, Ted Nugent, Jerry Garcia, or thousands of other Baby Boomers like me--these were the licks you HAD to have in your arsenal, along with "Louie Louie," "Gloria," and--if you had a drummer with moxie--"Wipeout." Not just because the girls went crazy if you could duck walk to them, but because they kicked ass like nobody had ever done before.

The song shows where that little country boy can go, too.

"Maybe someday you name'll be in lights a-sayin' 'Johnny B. Goode tonight!'" 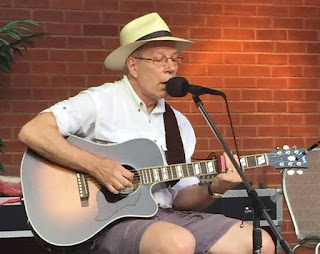 Berry's other lyrical gift is humor. Teen-age frustration creates dramatic tension and comic outcomes, often at his own expense. He captures youthful angst with humor and economy, again in rhyme and simple rhythms. "No Particular Place to Go,' which has almost the same melody as "School Day," tells of a kid who has a car (Maybe even that broken-down raggedy ol' Ford) and a girl..and hopes to parlay the combination into some action. But it doesn't happen:

"The night was young and the moon was gold, so we both decided to take a stroll
Can you imagine the way I felt, I couldn't unfasten her safety belt.
Riding along in my calaboose, still trying to get her belt unloose
All the way home I held a grudge for the safety belt that wouldn't budge..."

Simple? Sure. But simple is hard because you can't hide anything.

Years later, I met Joe Bouchard, the former bass player from Blue Oyster Cult, when I took a theater design class along with his wife. When the instructor mentioned that BOC was the first band to use lasers and flash pots in their stage act, Bouchard almost blushed.

"Yeah," he finally said. "The monitors back then sucked, so we couldn't always tell, but the bells and whistles keep people from noticing that sometimes we weren't in tune."