Anyone who posts regularly at blogs like this knows that ideas for topics can come from unexpected places. Today's column is the result of recent discussions I've had with my friend and fellow SleuthSayer Paul D. Marks, who--God help us both--is as obsessed with movies as I am. We've been emailing each other about some recent movies we've seen and why we liked them and why we sometimes prefer the old ones to the new, and so forth. We even decided to exchange lists of favorites, and mine include, predictably, some of the greats--Casablanca, To Kill a Mockingbird, Double Indemnity, Goldfinger, Psycho, The Godfather, The Shawshank Redemption, etc.

But . . . they also contain a lot that were not so great, and certainly not critically acclaimed. Why, then, did I like them? Why would I spend two hours watching something that probably provides little or no educational value, food for thought, lessons about life, or the broadening of any kind of horizon? My answer: because they're fun. Let's face it, when you sit down to watch something called Snakes on a Plane, you know you're not getting Citizen Kane or The Grapes of Wrath. But sometimes those crazy movies just hit the spot. They're sort of like Hostess Twinkies--I know they're not good for me but I scarf 'em down anyhow. 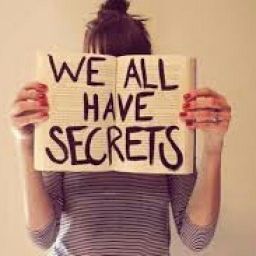 Diamonds in the rough

The following, in no particular order, are some of my cinematic "guilty pleasures." The funny thing is, they're all movies that, before I saw them, I thought I wouldn't like.

NOTE 1: Some of these actually are high-quality, big-budget movies--but most are not. Very few were mentioned in awards ceremonies. Ask me if I care.

*Under Siege
*Hot Shots, Part Deux
Payback
Open Water
*Escape From New York
Last Man Standing
What About Bob?
The Mist
Kings of the Sun
Australia
The History of the World, Part I
Overboard
*Texas Across the River
The Great Race
Welcome to the Jungle
*Office Space
Lockout
*Lady in the Water
The Night Flier
The Hudsucker Proxy
The Betsy
*Waterhole #3

One of the thrills of watching movies, to me, is occasionally stumbling across one that you've heard nothing about beforehand, and discovering that it's better than many of those that have been hyped to high heaven. These under-the-radar jewels are those that, once you see them, you remember forever.

Add-on category: excellent movies that no one seems to have heard about: 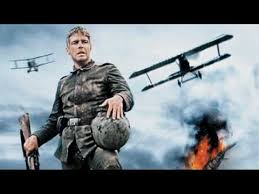 What movies have you seen, that might fit into either of these lists? Can you relate to my delight in uncovering good ones that I'd never heard about before? Do you sometimes find yourself disappointed when you see unsatisfying movies that the critics have all said were great? Do you
ever start watching one that you're sure you'll hate and find yourself enjoying it? Do you sometimes hate to admit you enjoyed it? Do you agree that I probably need to find better things to do with my time?

In closing, I should mention that I like a wide range of movies, from Notting Hill to Goodfellas, from Star Wars to Driving Miss Daisy, from Raising Arizona to Django Unchained. And the same goes for my taste in stories and novels and TV shows. I still write mostly mystery fiction, but I'll read and watch almost anything.

Bleary-eyed and poor, yes. Guilty, no.


News flash: Two weeks from today, in my April 15 column, I'll be interviewing my old friend Gerald So, former president of the Short Mystery Fiction Society. We'll talk about crime-related poetry (which, if you haven't tried it, is great fun to read AND write). I hope you'll tune in and help me welcome Gerald to SleuthSayers!

And congratulations to all the Derringer Award nominees!