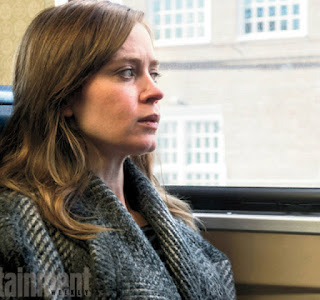 When weighing novels versus the movies made from them, books almost alway win. This wasn’t the case with Paula Hawkins’ recent The Girl on the Train. In an exceedingly rare decision, I liked the film slightly better than the book. Depending upon which reviews you read, I may be in the minority. IMDB gave the film 6.7 out of 10 whereas Rotten Tomatoes gave it a splattering 44/56 out of 100. Notice I didn’t say the movie was better, only that I liked it slightly more. I may have responded to the broader target audience of the movie– the original chicklit was unapologetically geared toward women.
Coming out of the theatre, I felt unusually conscious that the novel shaped my perception of the film. Knowing I couldn’t ‘unread’ the book, I wondered how newcomers to the story might view the film. A top review on the Internet Movie Database surprised me:


“… it seemed like an interesting mystery compounded by the black-out memories of the main character and I was anxious to solve it. As it progressed it became apparent that she was truly off kilter due to mainly drinking so it was very confusing. Without revealing the end, it should be noted that this is truly a sicko story filled with dysfunctional people all selfishly pursuing their libidinous desires. Each one cares not for the rights or feelings of others so multiple people get irrevocably hurt. I don't comprehend how anyone can come up with a story like this or would want to. … I remained till the end in the hopes of some redeeming quality…”

Yikes! Was this really how others saw it?

My opinion derives from a masculine standpoint. As I remarked in my earlier commentary about the book, it contained enough internal dialogue to fill two Dr. Phil shows and most of an Oprah season. By omitting much of the introspection, the celluloid artists created a tighter, faster paced plot.

But don’t skip Paula Hawkins’s book; Rachel’s aching situation will break your heart, not to mention you’ll miss a virtual treatise on alcoholism. The final pages of the novel contain a shocking moment the film failed to pull off.

I had grumbled about the director resetting the story in New York for American audiences. An article in The Guardian complained a bit too, but not vociferously. Setting aside that quibble, the casting was well done– the women, their men, and even Detective Riley. She’s terrifying in a nun-with-a-ruler way, but someone you’d want on your side.

Movie makers enjoy advantages novelists can’t employ and you see some of that art in the film such as the jiggling, slightly out-of-focus camera when poor Rachel is inebriated. Like the book, the movie kept the train theme seen often in the background.

But theatres can have disadvantages too. Two biddies behind me (biddies in my mind– I didn’t turn around to strangle them) maintained a whispering commentary for those who might not know where the plot was heading. “She’s a blackout drunk, see, and that bitch, she’s actually having an affair, and oh my, that one had an affair too…”

This Film is Rated Я

Not only am I baffled by comparisons to Gillian Flynn’s Gone Girl, I'm also flummoxed by the R rating. To be sure, there was a tiny bit of skin at one point, far less than anything seen in a Kardashian photo spread. It's possible the R was handed out for the modicum of blood-letting.

Frankly, it's pretty tame stuff and I hazard the average high school student could handle both the book and the film without fainting.

A fragment of one scene jolted me and in discussing it, I'll avoid giving away a plot element. The novel mentions a wine bottle opener. In my mind, I pictured a combination knife/corkscrew sometimes called a waiter’s opener, fashioned like a pocketknife with a helical screw and a blade for cutting the seal.

That’s not what the prop department decided upon when they came up with the simpler and much less efficient corkscrew. I found the result jarringly awkward and not as realistic as it could have been.

Have you seen the film? Have you read the book? What is your take?
Posted by Leigh Lundin at 00:00