Two special mentors of mine have transitioned to another plane of existence, Clark Howard and Ed Gorman.

Years ago, before I was published, I saw a little notice in a Houston newspaper for people interested in forming a Southwest Chapter of Mystery Writers of America.  I lived in Houston then and definitely was interested and so I went. It probably was 1982. Not exactly sure about that. I honestly don't remember where this meeting was held, or even who all attended. This was the second meeting for the group and I know I missed the first meeting. I do remember four people who were there besides myself. Joan Lowery Nixon and Mary Blount Christian who both wrote Children's and or young adult mysteries and both women were very involved in MWA. There was a guy named John (don't remember his last name) who actually became our first Vice-President. Back then, that was the title used for MWA chapters. Not President although that's who was really in charge of taking care of business. I do remember one other gentleman who attended and that was Clark Howard. Clark had written a number of True Crime (or fact crime) books and had several short stories published. Mostly in Ellery Queen Mystery Magazine. Somehow before I knew it, I was elected Treasure of the Chapter. I know when I got back home, my husband, Elmer Grape cracked up at the idea, I was never known to have a mathematical mind. In fact, my greatest strength was giving very accurate, very concise and very brief treasurer's reports.

"We had a little money, we spent a little money and we still have a little money." Everyone almost fell off their chairs that first time but, they were quite pleased each month instead of one of those dry reports such as..."we had 10 new members join at $25 each, $15 per person was sent to MWA-NY. I spent $25 on newsletter stamps...blah, blah, blah. Of course, I always gave our VP and the board members a written report with all the dry facts.

Now I must tell you a bit about my friend, Clark Howard (excerpted from EQMM on Facebook). As a boy, Clark grew up without parents and was homeless for a time. He would conceal himself in a bowling alley before they closed at night so he would have someplace to sleep. He told me personally that his mother was a junkie and he found her dead. I'm not sure if his father was ever even in the picture. He joined the Marines when he was 17 and served in Korea. I imagine that coming from such a tough background gave him the grittiness he needed to write such realistic stories. His painful
autobiography, Hard City  was published by Dutton in 1990.

One of the first things I learned about writing from Clark was his opinion about creative writing classes. He was not fond of them for good reason. After he was honorably discharged from the service, he enrolled in classes at Northwestern University in Chicago where he had spent some of those early days. One class he was taking was in Creative Writing. The professor in that class wanted the students to write a story and turn it in. The prof made copies of every one's stories and passed them to the students to critique. Clark said, everyone in the class including the professor tore his story apart saying it was terrible, they didn't like the characters, they didn't like the scenes, etc. Clark said he walked out and never came back. Said he had just sold that story and another on for five hundred dollars. I asked him later if he ever told the professor. He said, "No. I decided it wouldn't do me any good and it wasn't going to get me a good grade in that class. That maybe I knew as much about story writing as he did."  At any rate his advice to me was not to worry about taking creative writing classes. Learn your craft by writing and keep writing and hope you find a good editor who will buy your stories. 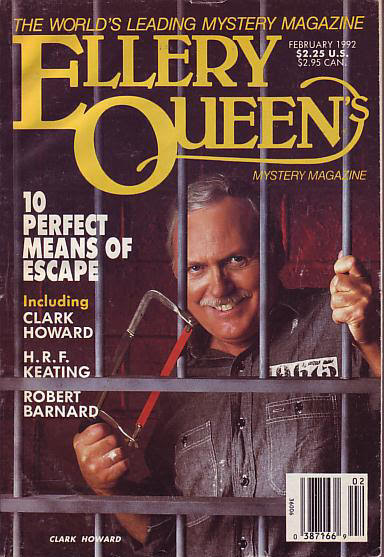 I have a feeling Clark Howard was right, he won a Edgar award from MWA for one of his short stories and was nominated for an Edgar five times in that category. He also won EQMM's Reader's Choice Award five times and was the recipient of the Edward D. Hoch Memorial Golden Derringer for Lifetime Achievement from the Short Mystery Fiction Society.

One other major thing I leaned from Clark was something that is useful perhaps more in life than in writing and it was something he learned in his own terrible upbringing and in interviews with many killers on death row in prisons all around the country. No matter how bad your childhood is or how many bad thing happened to you, at some point as you reach adulthood, you have to be responsible for your own behaviour. You can't continue to blame your parents or your teachers or your sad neglect. There is just you yourself to blame when you do wrong. And when you do wrong as an adult, whether it'd 18 or 19 or 20 years old you have to accept the consequences.

Ed Gorman bought many of my short stories and was very much a part of the publishing of my first novel. I had moved to Austin from Houston in the late eighties, 1987 as I recall. I had been elected Vice-President of the Southwest Chapter of Mystery Writers of America. I agreed to continue to serve as VP and would travel to Houston each month for the meetings. It was 150 miles one way but it was an easy drive, less than three hours and I could return back home on the same day. We actually met on Sunday and the traffic was not too bad until you got to Houston.

One day I got a telephone call from a man who identified himself as Ed Gorman. I knew of Ed mostly because I was also a member of the Private Eye Writers of America, a group started by Ed and Robert J. Randisi. Ed asked if I would be willing to write a column for Mystery Scene Magazine. I think I had a subscription and had seen three or four issues. The magazine came out quarterly. He and I talked for a while and I got a sense of what he wanted my column to be about. I was to report the news about writers in the Southwest Area. Texas, Arkansas, New Mexico and Louisiana. He said he'd pay me two cents a word, a carton of cigarettes and a box of condoms. I said I did smoke and could use the cigarettes but since I was married and had taken care of any accidental problems I wouldn't need the condoms.

We decided on the name, "Southwest Scenes" and he wanted a photograph. I enjoyed emailing, faxing or even calling mystery writers in the Southwest area and getting their news. When they had a book or story coming out or when they were appearing at a bookstore for a signing. Or even generally if they were getting married or having a baby or whatever was going on in their life. We had not decided to open a bookstore yet and I was writing a couple of short stories and sending my first novel out to see if I could get a publisher interested. I had sold a non-mystery story to a city magazine and had a couple of stories published in little subscription magazines. My first novel was never published but the two female Private Eye characters, Jenny Gordon and C.J. Gunn had been in both of the short stories that were published.

I discovered Ed didn't like to go to mystery meetings like the Edgars or Bouchercon but he enjoyed talking on the telephone. We talked every week and sometime more. We enjoyed our conversations and my husband Elmer almost always knew when Ed and I were talking because I'd be laughing like crazy as we talked. 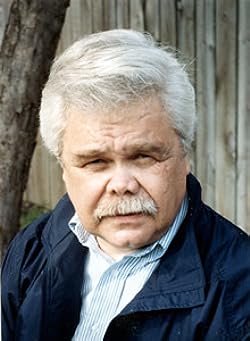 We opened the bookstore in 1990 and I was pretty busy but Ed and I still talked often and I was writing some non-fiction articles, one for Writers Digest and reviewing books for the Houston Chronicle. One day, Ed asked if I'd write a story for an anthology he was editing. Invitation To Murder. Of course, I said yes. Along about that same time, Bob Randisi asked me to write a story for a PWA anthology he was editing, called Lethal Ladies. Both books and stories came out about the same time and I actually don't know which came first but I think, INVITATION was first.

The rest as they say is history. A short time later Ed asked if I would co-edit a book called Deadly Women. My co-editor was to be Ellen Nehr. Ellen passed away before we were ready and we asked Dean James to take over in her spot. Dean and Ellen both had deep knowledge of the history of women in mystery. This book is by, about and informs you about women in mystery. We finished it and did a beautiful job, it was nominated for an Edgar, an Agatha and a Mccavity in the non-fiction category. Dean and I won the Mccavity but were so excited to be nominated for the Edgar and the Agatha.

It's been difficult for me to write about both of these mystery friends. Ed Gorman passed away on Oct. 14 and it was only after that I found out about Clark Howard who had passed on October 1st.
I had no idea it was going to be this hard but I can testify that it's not easy to type or even to think when you have tears. I'll have to finish my memories of Ed Gorman for the next time.

I'm one of the few writers who met Ed in person. When Elmer and I started traveling in our RV we made a point to go to Cedar Rapids, IA to meet Ed and had dinner with him. I met his lovely wife Carol a few years before at at mystery con in Nebraska. I loved both men as brothers and as mentors and I miss them both. May they RIP.
Posted by Jan Grape at 00:12