When my young daughter read Hemingway's THE OLD MAN AND THE SEA, she had to write a book report and said the teacher wanted a short synopsis at the beginning of the report. I suggested my daughter put - Old fisherman. Big Fish. Sharks. The teacher wasn't amused.

Last month I saw a small article online © John Atkinson who called it - Classic books in a couple sentences:
WAR AND PEACE - Everyone is sad. It snows.
THE GRAPES OF WRATH - Farming sucks. Road trip! Road trip sucks.
THE SUN ALSO RISES - Lost Generation gets drunk. Still lost.
ULYSSES - Dublin. Something. Something. Something. Run-on sentence.

This was brilliant and got me going, so much it interefered with my writing as condensations of classic books came into my mind, one after the other. They wouldn't leave me alone so I decided to share them:

GONE WITH THE WIND - She's pretty, slutty, selfish. Frankly, I don't give a damn.
LONESOME DOVE - Cowboys. Women. Sure gonna miss that whore.
THE MALTESE FALCON - Pretty woman. Sharp Private Eye. Everyone sad.
DUNE - What? No water? Muad Dib.
LORD OF THE RINGS - It takes forever.
ANNA KARENINA - Love, sex and a train.
DR. ZHIVAGO - Two women and a good-hearted man with a bad heart.
ONE DAY IN THE LIFE OF IVAN DENISOVICH - Cold. Death. Siberia.
THE LEGEND OF SLEEPY HOLLOW - Headless horseman. Pretty cool.
A FAREWELL TO ARMS - Boy gets girl. Walks home alone in the rain.
MARY REILLY - Jekyll. Hyde. A maid cuddles.
THE CALL OF THE WILD - A man, a dog and howling wolves.

TO KILL A MOCKINGBIRD - Racists. No mockingbird in the entire damn book.
THE WAR OF THE WORLDS - Cylinders and Martians and germs. Thank God.
THE BIBLE - Rough opening. The Jesus part is the best.
THE SCARLET LETTER - Sex, lies and the puritan alphabet.
THE PHANTOM OF THE OPERA - He really wasn't a ghost.
ROMEO AND JULIET - Boy. Girl. Poison and a knife.
THE AGE OF INNOCENCE - A wimp. Slick vamp. Slicker wife.
LAURA - She's dead. She isn't dead. She did it. She didn't do it. 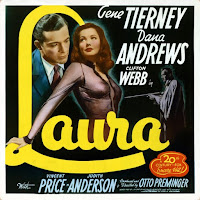 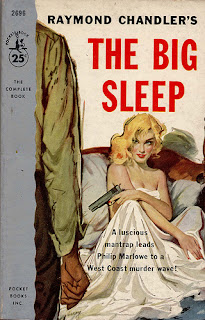 Then the short stories started in on me:

"The Call of Cthulhu" by H. P. Lovecraft - Awaken giant tentacles. Regret immediately.
"The Lottery" by Shirley Jackson - Don't play. Just get the hell out of town.
"The Adventure of the Blue Carbuncle" by Sir Arthur Conan Doyle - It is a WILD goose chase.
"Shambleau" by C. L. Moore - Chase her. Cuddle with her. Kill her.

If you can think of some, put them in the comments or do a blog of your own. I warn you. Once you start, it's hard to stop.