I don't remember exactly when I wrote the first draft of One Shot. All I know for sure is that it was before Prince Charles and Princess Diana got divorced.

Back then, I'd already published several stories in Alfred Hitchcock's Mystery Magazine, including one introducing police lieutenant Dan Ledger: "An Ounce of Prevention," published in --good grief!--1989. One Shot (then titled "Fatal Distraction") was supposed to be the follow-up. But the draft ran several thousand words too long.

At first, that didn't worry me. Every Hitchcock story I've written, before or since, started out too long, Cutting's part of the process. I'd come to enjoy watching stories snap into shape as they got tighter.

But this story, I realized, needed expanding, not cutting. Characters begged for more development. And Ledger never found the murder weapon. In real life, true, the police often don't find murder weapons. In this story, though, since the victim's a prominent gun-control advocate, the gun that kills her has ironic significance. Leaving it unfound felt sloppy.

Maybe, I thought, this story's really a novel. I changed the title to First Things, developed characters further, decided where to hide the gun and how Ledger finds it. The plot felt solid, but the book hadn't reached novel length. I added subplots and sent it out.

It came close. Several agents requested the full manuscript before rejecting it with regrets. It reached the final round of a contest that would have led to publication. But it never quite made it.

Discouraged, I put it aside. I created other characters for Hitchcock but didn't write about Ledger again. The second part of his story hadn't been told. Skipping ahead felt wrong. 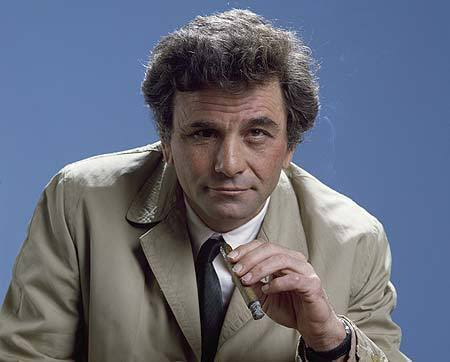 The television script came next. Years later, while watching Columbo, I had the crazy thought that my story might work as an episode. I'd have to make huge changes--reshaping a whodunit into a how-will-he-solve-it, replacing Lieutenant Ledger with Lieutenant Columbo--but in other ways, the story seemed right for the series. So I wrote the best query letter of my life and mailed it directly to Peter Falk, asking him if he'd read a script. Incredibly, he wrote back personally. Even more incredibly, he said yes. I bought a book on screenplay format and got to work. The subplots felt tacked on now. I dropped them and mailed the script.

But I knew I hadn't really transformed Ledger into Columbo. My detective now ate chili, said "one more thing," and had a sad-eyed basset hound waiting patiently in his car. Unfortunately, I liked Ledger too much to change him in more fundamental ways. When the gentle rejection came--from Mr. Falk's assistant this time--I wasn't surprised.

More years passed. I started reading about online publishing but felt skeptical. How can something be published unless it's printed on paper? Then I read that online sales sometimes rival print sales, and that one online publisher, Untreed Reads, was looking for mystery novellas.

I searched the garage, found the box of Ledger manuscripts, and started revising--again. With all the manuscripts stacked on my printer, I went from one to another, culling the best from each, combining, cutting. Scenes I liked had to go. Undoubtedly, though, the pace improved. Switching from third-person to first-person made Ledger's voice stronger and emphasized the humor. Also, writing the novel had helped me get to know my characters. I could bring their personalities out in fewer words. And I changed the title to One Shot. Obviously, it was the perfect title, the only possible title--why hadn't I realized that before?

I made other changes, too. In the novel, a reporter declares she wants to cover the big stories– "Rain forests! Charles and Di! AIDS!" Oops. Now, she yearns to cover "Global warming! Brad and Angie! Terrorism!" (By now, "Brad and Angie" sounds dated, too.)

I'd thought I'd finish the novella in weeks. It took months. Frustrated, I told my husband, "If the damn thing doesn't get published this time, I'll damn well rewrite it as a limerick." 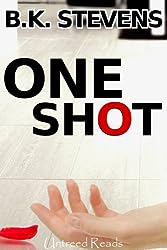 But Untreed Reads did publish it. After waiting over two decades, Dan Ledger made his second appearance in 2011. One Shot hasn't exactly been a best seller, but it's still out there, somebody buys a copy every so often, and the people who read it seem to enjoy it.

Ironically enough, after the first few years, Untreed Reads decided to reclassify it as a short story and lower the price. So you could say One Shot ended up where it started out, except that this version of the short story is a lot longer than the original one--and, I think, a lot better, too.

Lately, I've been thinking about writing another mystery for Dan Ledger. Will it be a short story, a novel, a television script, a novella? Not a television script--one attempt at that was enough to convince me it's not my strength. Other than that, I'm not sure. I just hope I don't have to rewrite it half a dozen times to figure out how long it should be.

By the way, I did write that limerick, just in case. It begins "The victim was shot in the chest" and ends with "Now in prison the killer must rest." I won't reveal the middle lines--they'd give away the plot. But if a market for mystery limericks ever develops, I'm ready.

We regret to inform readers of the following: While foiling a daring plot masterminded by the notorious Coke brothers, Bonnie suffered injuries. The NSA remains mum but Al-Jazeera reports she prevented the petro-chemical conglomerates from cornering the global market of caffeine. Unfortunately when ejecting from her F-22 Raptor, Bonnie broke her right arm, although USA Today notes she can shoot effectively with either hand.

Or something like that. As I said, the NSA isn't talking and Bonnie's unable to type at the moment, having undergone surgery. We SleuthSayers wish Bonnie well during her recovery, and hope to see her in two weeks, in time for the clandestine medal-pinning ceremony.

Bonnie, I enjoyed reading about Lt. Ledger, but I'm distressed to hear about you injuries. Get better soon!

Sending good wishes your way again, Bonnie--and apologies too! I realized this morning, even before seeing your column, that I'd forgotten to offer congratulations in my column yesterday for your Anthony nomination! Remedying that now with a quick update to my post.... And hope you're doing better soon!

Bestow luck with Dan Ledger and for a speedy recovery!

Bonnie -- I'll echo what the others have said: Ledger sounds great, congrats on the Anthony nomination, and I'm so sorry about your injury.

I love you heard from Peter Falk directly, Bonnie.

And I hope you're mending quickly after the surgery. I'm sorry I haven't responded to your recent email. I've been swamped. Will explain soon. But know you're in my thoughts.

Good healing and good luck. Ledger sounds quite a character. And how cool Peter Falk wrote you.

Feel better, Bonnie, and congrats on your book/story and your Anthony nomination, too.