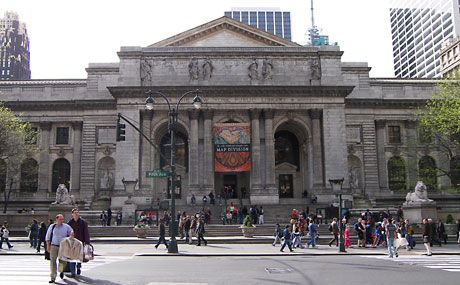 The collection I needed to look at were from the personal papers of John C. Spencer–a career politician from western New York state served in President John Tyler's cabinet, first as War secretary, then as Treasury secretary. The son of a speaker of the New York state assembly, Spencer was more than just the scion of a political dynasty. In fact he was a man of letters, and instrumental in shaping the first American publication of Alexis de Tocqueville's seminal work, Democracy in America.

He was also the father of Midshipman Phillip Spencer–a drunken wastrel drummed out of two different colleges before he turned 16–and the only U.S. naval officer hanged for mutiny.
When the U.S.S. Somers, the ship from whose yard arm his son had been hanged at sea a month earlier pulled into New York harbor, Spencer attempted to have the captain, one Alexander Slidell MacKenzie (brother of future Louisiana senator and eventual Confederate peace commissioner John Slidell), put on trial for murder in connection with the death of his son.

MacKenzie requested and got a summary court martial in front of a jury composed entirely of navy captains (who would never convict him). He was acquitted, and double jeopardy attached, thus Spencer's attempts to get MacKenzie arraigned on a murder charge in a New York court ultimately came to nothing.

(On an interesting side note, MacKenzie's first lieutenant was a fellow named Guert Gansevoort. Gansevoort was a native New Yorker, who told his first cousin about the whole affair. That cousin, the writer Herman Melville, later fictionalized the story of the Somers Affair in his novella Billy Budd.)

The man responsible for (reluctantly) granting MacKenzie's request was Spencer's colleague in Tyler's cabinet, Naval secretary Abel P. Upshur. To say that this turn of events made things awkward between the two men was an understatement. They actually came to blows during a cabinet meeting, with Upshur breaking a stool over Spencer's head.

So John C. Spencer, a complex man, with an interesting story. This is just the tip of the iceberg of what I'd already learned about him before getting access to his personal papers last week. Tune in next time to see what I learned about this fascinating man here:

Posted by DoolinDalton at 02:18