You Just Murdered Who? 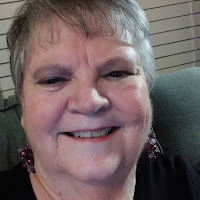 I kept thinking recently about killing off an unseen, unknown person at the other end of the telephone line where I spent a good fifty-five minutes trying to understand what this supposedly technical help person was trying to tell me. English was NOT his first or probably not even his third or fourth language. I'm a pretty good listener, and I've never had major trouble understanding someone with an accent.

For instance, when my late husband and I were in England many years ago, (1985 I think) we rode a boat down the River Thames to Greenwich to visit the Royal Observatory there. After standing on the Meridian Line and perusing the Museum and gift shop we went back down to the dock to await our boat ride back and met an older gentleman working the dock who started taking to us. He had a very thick accent. I was able to pick up about every third word he said and could converse with him. Elmer who had a hearing problem couldn't understand a word. I know that was around thirty years ago and I'm thirty years older but honestly don't think my ears have deteriorated that much.

On that day with this computer expert, I was having to ask him to repeat everything he said. The worst thing was he kept saying he could help me get my computer straightened out but when it all came out in the end, he could do it for three hundred and some dollars, I hung up. After all that I wanted to kill him. Not in reality but to take that feeling and transfer it to feelings a person might have if they want to murder someone.

Several years ago I knew a woman who wrote children's books. She had a very overbearing mother-in-law who drove her crazy. However, she was able to make that woman into a villain in several of her books. She didn't kill her off but sent her to prison or off the planet or just any place out of her life. The MIL loved the little books and never ever realized that she was the bad "thing" in the book, although many of her personality traits of the bad character were known to the author.

That's one of the fun things about being a writer. You can play "god" and see to it that certain people get their comeuppance anytime. I'll bet most of you have killed off someone who annoyed you, bullied you or just drove you to grab a fictional blaster and blast away. It's such a satisfying feeling.
Like most of us say at one time or the other, we hear voices in our head all the time. But instead of being put in a strait jacket we can sit down and write or type away until the voices quieten down. Then if we find a publisher who likes reading about the adventurers in our head, we might even get published and paid and go around sighing autographs when people buy our books.

It doesn't get more fun than that, class. Happy New Year and all the best for many sales. Until next time, don't kill anyone unless it's fictionally.


IN MEMORY: Some of you may have heard of the recent passing of author Jim Ingraham. He was in his nineties and still writing and selling stories to Alfred Hitchcock Mystery Magazine. I never met Jim but we exchanged a few e-mails as my co-editor, R. Barri Flowers and I chose one of Jim's stories, "A Small Town In Maine" for the American Crime Writers League anthology, Murder Here, Murder There. I knew Jim had also published a couple of novels but his bio listed five. If any of you knew Jim and want to honor him or his work, his family said Jim requested donations to Hope Hospice, Development Office, 9470 Health Park Circle, Ft. Meyers, FL 30908.
Posted by Jan Grape at 00:01