A big part of my childhood died on Monday.

(Hey, I don't post under the handle "DoolinDalton" because I'm a fan of the western outlaw gang of the same name–that ought to be a dead giveaway right there for people of a certain age.)

Let me back up.

One of my earliest memories is of riding along a stretch of highway in northeast Texas in my father's 1969 Dodge Charger (avocado green with a black vinyl hardtop), with his radio on, and the Eagles' "Peaceful, Easy Feeling" playing. I was six, and as is the case with most fifty year-olds, I can recall that memory, made forty-four years ago, more clearly than some of the things I saw and heard in the last week.

I like to think that I recall it so clearly because it was a watershed moment in my life. It was the first time I can recall hearing the music of the Eagles.

And the voice singing that first Eagles song that I ever heard belonged to a young Michigan-born guitarist named Glenn Lewis Frey.

A friend (Jim Thomsen)  mentioned earlier this month when David Bowie passed that Ziggy Stardust's work was the "soundtrack of (his) life" (At least I think that's how he put it) back in the day. Several other friends have expressed similar sentiments in the days since the Thin White Duke's passing.

For my part, while I like Bowie's stuff, and have come to appreciate him for the visionary artist he was as I've grown older, I didn't find him accessible enough in my youth to really be able to say that his work had much impact on me.

Glenn Frey was a completely different animal. Not only were the Eagles the sole band my dad listened to when I was little that really, really blew me away (thus ensuring I prayed to hear their music on long car rides!), but the imagery that Frey and his writing partner, drummer/vocalist Don Henley created on songs like "Lyin' Eyes" honed in me an appreciation for a well-turned phrase–especially one with a potential double meaning, thereby opening me up later on to the work the likes of Springsteen, Dylan, Costello, the guys in Steely Dan, etc., etc.

Examples of this abound in Frey's work. Here are a few: 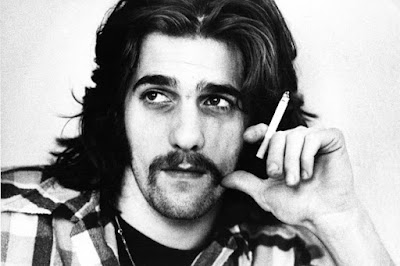 This one is an obvious drug metaphor–the doctor is a dealer. Duh.  And his "crash" won't be in a car. But when you're a kid just figuring out what metaphors are and how they work, it's pretty profound. 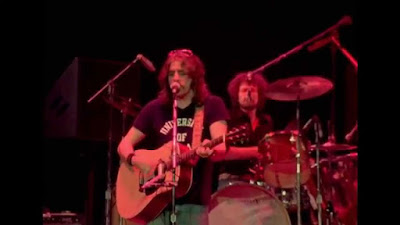 "There's talk on the street, it's there to

Remind you, that it doesn't really matter
which side you're on.
You're walking away and they're talking behind you
They will never forget you 'til somebody new comes along"

They wrote this one after watching Bruce Springsteen burn up the stage in an L.A. concert in 1976, when he was really just starting to hit it big off the strength, power and ferocity of "Born to Run." In that context, it's obviously about being replaced in the affections of fans by the Next Big Thing, the inevitability of it, and the fleeting nature of fame. 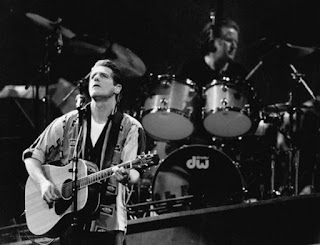 "She gets up and pours herself a strong one,

And stares out at the stars up in the sky.
Another night, it's gonna be a long one.
She draws the shade and hangs her head to cry.

She wonders how it ever got this crazy.
She thinks about a boy she knew in school.
Did she get tired or did she just get lazy?
She's so far gone she feels just like a fool.

My oh my, you sure know how to arrange things.
You set it up so well, so carefully.
Ain't it funny how your new life didn't change things?
You're still the same old girl you used to be."

As character sketches go, for my money, that's the equal of most anything Dylan or Springsteen or a whole host of fiction writers I could name could do.

It's no exaggeration to say that Frey's lyrics influenced me as a writer. That whole "appreciation for a well-turned phrase, fraught with double meanings," thing keeps pushing through in my own work even today.

What's more, it was a series of memorable conversations over a number of years with my father (a poet in his own right) about the writing of Glenn Frey and Don Henley that led to my own first feeble attempts at song lyrics.

Which led to poems.

Which led to short stories.

Which led to books.

Which has given me the wide world.

Lest I seem blind to Glenn Frey's humanity, and the faults that went along with his gifts, let me quote his writing partner Don Henley, who had this to say about his complex friend and collaborator: 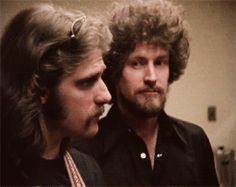 "He was the spark plug, the man with the plan. He had an encyclopedic knowledge of popular music and a work ethic that wouldn’t quit. He was funny, bullheaded, mercurial, generous, deeply talented and driven."

And he could be a real ass.

I'm willing to look past his foibles, because thanks in part to Glenn Frey (who definitely profited in his own right from the experience), I can still close my eyes and listen to "Peaceful, Easy Feeling," and for one breathless moment, I am transported: once again six years old, screaming down a patch of hot Texas blacktop in a bomber of a green hot-rod. And at the wheel is my father, with whom I share a complicated bond that includes a love for this guy's music.

So I don't care how "commercial" or "soft" or "cliched" some of the critics find his music. I don't give a damn that the Cohen Brothers made a joke at the band's expense in their classic film "The Big Lebowski."

I couldn't care less how much money the guy made doing something he loved, chasing a dream that beckoned him as only dreams can. He and his writing partner and their bandmates have given me a gift that I open over and over again, at will, as often as I can turn on a stereo.

And so, with that said: 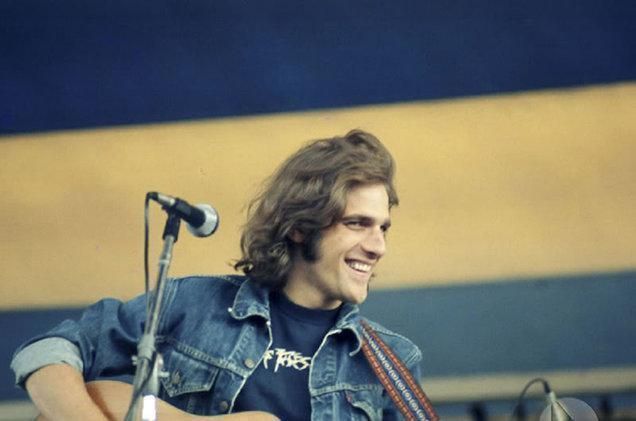 Posted by DoolinDalton at 02:27