Short and Long, Light and Dark 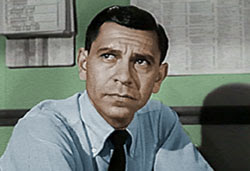 The title of my column sounds like I'm talking about days, doesn't it--or maybe types of ribs or chicken. What I'm referring to are the stories we fiction writers dream up, put on paper, submit to markets, and (occasionally) get published. Their sizes vary from flash to novella-length, and their moods are everything from Walter Mitty to "The Lottery." For some reason, many of my writer friends these days (not necessarily my mystery-writer friends) seem to produce long and/or grim, somber stories--but others have focused on short, funny pieces. Still others bounce around from short to long and from easygoing to profound, dabbling a little in everything and specializing in nothing. I'm one of those people. As Joe Friday would say, deadpan of course, "That's my job."

Several days ago I received a pleasant surprise: I sold my 75th story to Woman's World. All the stories for that magazine--whether they're mysteries or romances--are both short and lighthearted. But the crazy thing is, most of the stories I've sold over the past few years have been neither short nor light. They're been longer, usually 4000 to 8000 words, and more serious. One of mine that's coming up this year in Akashic Books' Noir series is around ten thousand words, and heavy in mood as well as weight.

Why do I dream up stories that are so different from each other? I truly don't know. Maybe I suffer from the same thing as one of my old friends: he could never seem to hold a job, and his excuse was that he just never found one he was comfortable with. Maybe I'm still trying to figure out what I'm good at. (Besides ending half the sentences in my paragraphs with prepositions.)

Even crazier is the fact that I seem to get about the same enjoyment from writing/completing/selling a very short story and a very long story. The light/dark part is a little different--I like writing the occasional violent, gritty tale, but I absolutely LOVE writing humor. Even my longer, heavier fiction usually includes some comic, quirky elements because I can't seem to resist it.

Also, I think that fiddling around with different lengths and different subject matter keeps the whole writing process from becoming boring. I like knowing that I can finish a thousand-word, low-key, down-home, Aunt-Maude-and-Uncle-Billy kind of story one day, and the next day begin one about serial killers and mean streets and SWAT teams that might run fifty pages or more. It gives me a delicious sense of freedom.

When asked by the students in my classes, I usually say that I write in different genres. I also point out, though, that I've written far more mystery/crime/suspense stories than anything else. I think the reason is that I prefer reading that kind of story. But I also occasionally read Western or SF or horror or literary fiction, and I've written some of that as well. Once more, the variety makes it more fun for me, and keeps me from getting stuck (at least too deeply stuck) in a rut.

What I usually don't like is knowing that I have to write a particular kind of story. That mostly happens on the rare occasions when I'm fortunate enough to be invited to send a story to a genre-specific or themed anthology. Producing those kinds of stories isn't as easy for me as it seems to be for others. My ideas usually come unbidden, out of nowhere, and the resulting stories take shape on their own; they might result in a science fiction tale of 500 words or a Western of 2500 or a young-adult fantasy/adventure story of 5000 (which I just finished writing, and submitted yesterday). Plus, I'm not fond of externally-imposed deadlines--or, for that matter, deadlines of any kind. Don't get me wrong, though. When an opportunity presents itself, especially via a personal invitation from an editor, I'll do it. I'm always grateful, and I try to consider it a challenge rather than a chore, and I do my best to contribute a worthy entry. 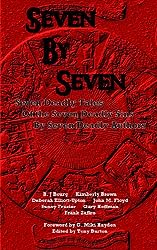 The first of those "create-a-story-to-these-specs" projects happened to me ten years ago, and wound up being a lot of fun. An editor/publisher from Georgia named Tony Burton put together a 49-story antho called Seven by Seven, which consisted of seven different authors writing seven stories each about the Seven Deadly Sins. As I told Tony at the time, the only thing I remembered about the Seven Deadly Sins was the movie starring Brad Pitt and Morgan Freeman--but I dutifully did my research and wrote my seven stories, as did the other six participants, one of whom was our own former SleuthSayer Deborah Elliott-Upton, and the book turned out well and sold well. Even if it hadn't, I would've been pleased, because I had a great time and met friends like Deborah and B.J. Bourg and Frank Zafiro and Gary Hoffman, friends I still keep in touch with. But--again--I'm usually more comfortable coming up with my own ideas for stories.

How do the rest of you feel, about this kind of thing? Do you gravitate toward shorter or longer pieces? Is your subject matter usually lighthearted or serious? Do you consciously inject a bit of humor into your fiction regardless of its length? Do you like to have some outside incentive to kick off your story ideas, or do they come to you quietly in the night? Do you regularly seek out "themed" anthologies to submit to? Do you write in one genre and stick to it, or branch out occasionally into others? Do you think it's better to specialize and develop a "brand"? Inquiring minds want to know.

Unfortunately, my SleuthSayers columns tend to run longer rather than shorter, so it's time to wrap this one up.